What is the target?

I’m want a screen to show at the beginning of play with the buttons “New Game” and “Load Game.” I created the widget and created it and added it to the view port from the GameInstance’s “Event Init” … and of course that didn’t work because when that runs, the player controller doesn’t exist yet.

So I created a BPI, added it to the interfaces in both the GameInstance and the PlayerController. I added the event to the game instance and tried to message it from the begin play of the controller, but for the message to work, I need a target. What is the target? I have not a single clue.

For debugging purposed, I’ve changed it to add one input (an int) that gets passed to the gameinstance to be printed to the screen.

Another thing is that the (message) option for the BPI doesn’t show up. I have to turn off the context sensitive thing to get it. I’ve never had that issue before. I don’t know what’s going on.

if the event is in the game instance class u can just use Get Game instance and plug it into the target.

Still not working. Here’s what I got: 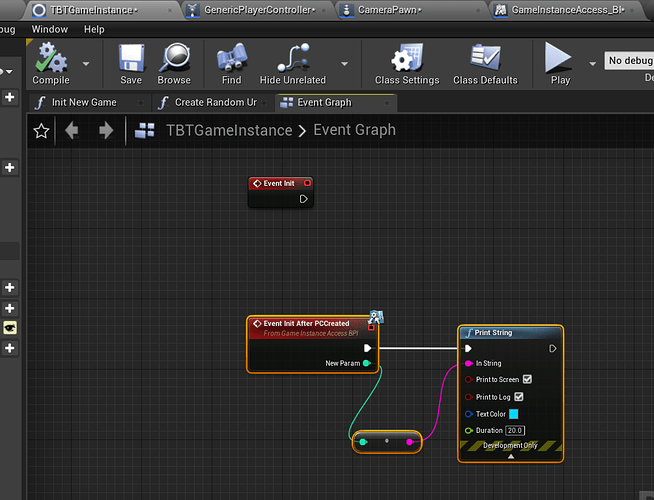 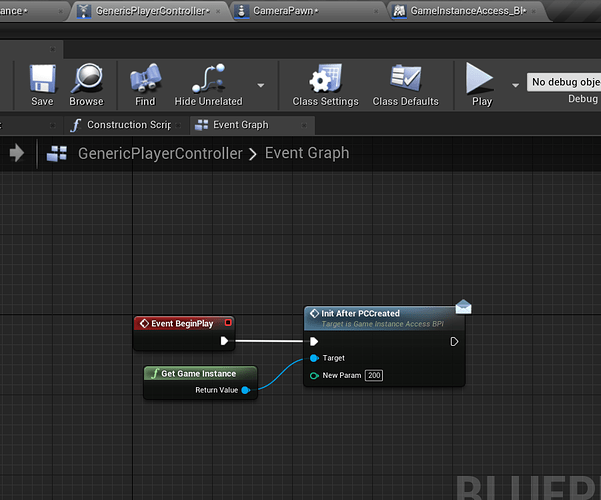 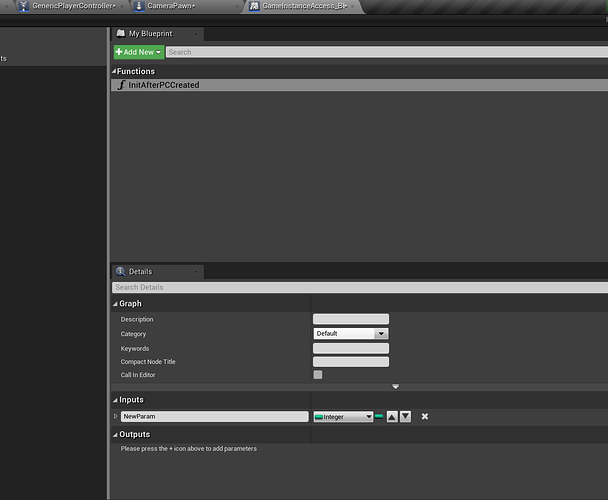 i tested your exact setup and it works fine.

i forgot 1 thing did u change the game instance class in the project settings?

That was it. I feel all kinds of stupid right now.

I won’t go into the details of how that happened, I’ll just say I’ve been moving bits of the project back and forth between two computers …