What is it with AAA developers/publishers?

Users here have to be more open to criticism, I think. My impression is, that as soon as you list negative points about UE4 here, you are called whatever and are told to go away.
I sure do like UE4. It is very strong in the user/beginner friendly department and lighting/rendering are top notch. It just has out-of-the-box short comings in more advanced areas, which unfortunately are required to do a full game.
But yes, in my opinion UE4 is all about the pretties, much like most AAA games that the OP complains about.

Not really the right place to talk about this, you seem to be quite bitter about it though. But to address your point a little, you shouldn’t think we aren’t critical of the engine, I personally think there’s a ton of stuff to improve. But the thing is, this is WAAAAY better than anything we’ve had access to before. What’s more, this is the exact same engine that loads of AAA devs are using to ship games. Its not some magic sauce that is missing. If its missing, then YOU have to add it (whatever feature it is that YOU need). Think back to that Silicon Knights debacle a few years ago. SK were trying to sue Epic because they believed that Epic had shipped them a different engine then they were using internally. But the reality is that Epic ship you exactly what they are using for Fortnite. So they might have made some changes to make the engine work for their title. Which is exactly what the developers of a game have to do.

I guess what I’m saying is that its not Epic’s job to ship you a perfect engine to make your game. Its your job to take the engine in whatever state its at and make it suitable to make your game. If you can’t do that, then change your game design, don’t just ***** about how Epic didn’t make a good engine.

Now I’m not suggesting you shouldn’t ask Epic to make fixes and improvements (you should), but just think of it as a code drop. They gave you whatever they had at the time, now YOU have to finish your game doing whatever it takes to make it work. Change design, hire experienced programmers etc.

Its really a state of mind.

Can you move this thread to the feedback section

My current quirks with UE4 are in there, the lack of out-of-the-box multi-threading being the most crucial!

Done. Now lets bring this thread back on topic. 8-}

To bring the thread back around, given I’m feeling a touch happier today. It does mean that as an indie I’ve got SOME chance of gaining traction with an audience at least.

While I was watching the stream, I was reading the chat and you could see there were loads of people watching it and saying something along the lines of “oh this is just another counterstrike clone? if only someone would make a proper successor to Rainbow Six”. So I know there’s an audience out there who want a proper “tactical” fps game. My biggest challenge of course, aside from making said game, is to actually reach that audience. Knowing an audience exists and being able to reach them are two different things.

The thing is, there ARE gamers out there who want some of the gameplay experiences they used to. I guess older gamers who have a history of playing specific genres that have for some reason fallen out of fashion. I want to make games for them, for a small group of dedicated players who actually are a proper community.

Just to relate one anecdote here, back when I was working on the Worms games, in my “spare time” (yeah right) I was working on a Halflife mod called The Sherman Project. It was basically a remake of Rainbow Six for the Halflife engine. Things were going great until we lost our main character artist and things starting falling apart. Anyway, there was a strong enough community of players who wanted the R6 experience that a bunch of them got together and took what we’d started and finished a mod called Hostile Intent. The mod itself was pretty nice

Now step forward more than ten years and there’s still a small community on facebook for Hostile Intent, people who enjoyed the experience, people who worked on it, people who supported the development.

THAT is what I want. I want to make games for people with that kind of loyalty. I want to make experiences for those kinds of players, not just some bunny hopping script kiddie with ADHD.

And Unreal Engine has helped me at least dream of doing that once again. So yeah, positive feels right now

I approach the audience dilemma from a different angle … I make games that I want to play … and hopefully there are people who will enjoy these games as much as my team and I do.

I am in the advantageous situation of not having to earn my bread-and-butter from making these games … but that might change in the future and I would have to re-evaluate what projects the team and I decide to develop.

For now however … we continue to focus on games that we want to play or are fun to play.

UE4 does exactly that as well. UE4 is all pretties, and as soon as you want to go for more, you hit wall after wall.
UE4 is a pure ‘pretty looks’ engine. (in my humble opinion that is)

Kind of agree here, I just got my wrists slapped by engine while trying to be different.

Well at least it looked like that on first glance. But after looking deeper at core of all problems, i changed my mind.
For gimmick gameplay it is very hard to make rules that are fun. My idea was very limiting on many aspects of gameplay, while very cool if i could pull it off.
But I could not, so moment i decided to drop my very cool idea at core of gameplay everything started to work.
It looked like engine approved this new version, but i know it is not engine or epics fault.

They created engine with some set of assumptions for what it will be used. Moment you go for uncharted territory you need to code it all yourself.
Also you want engine to be good for everything and small, and preety etc.
It is simply impossible, epic was forced to made choices what unreal is for, and they made, they could not make engine for every possible game.

It is simply impossible, epic was forced to made choices what unreal is for, and they made, they could not make engine for every possible game.

Having said that … they have given you the source code and the power to change it. It all depends on what you need it to do … if the engine doesn’t suit you and you can change it … change it … or try to find someone who can help you change it.

Not many engines out there with the quality of Unreal Engine … give you that option. 8-}

Not many engines out there with the quality of Unreal Engine … give you that option. 8-}

Thats along the line what I meant further up. There are games out there I absolutly love, of course indie games. And I heard of them because people liked them and not because they were hyped in a x-million-dollar campaign.

Up until quite recently it was quite hard for a single person or a small team to come up with what f.e. UE4 provides. No surprise, its developed through, how could one person do that? People telling they could develop a full engine alike all alone have an attitude problem in my opinion.

Now its a realistic option for small devs to range their game design from anything that has been past (like the 1992 style that I do like so much) up until the very lastest bag of rendering algorithms.

This is easy to explain.

In the 90’s gaming was a very small market, those of us who played videogames were considered “weirdos”. A minimalistic sidegroup in the Society.

But the marketplace continued expanding and games attracted people everywhere.

Now, in order to succed you need to follow the Law of supply and demand, and what people demand is that type of games.

Us that in the past were the market now we’re just a mere segment, who value depth and gameplay over everything else.

But there are still savvy folks who develop for this audience, and luckily they can reach more people than they would in the 90’s.

I think we are arriving to a similar breakthrough with HMD’s, those who get an Oculus or whatever will be the new “weirdos”, and it will grow until it becomes mainstream.

AAA publishers need to think of the bottom line, shareholders etc.
And in the end its the consumers fault for buying said products and/or believe the hype.
I’ve been caught out before

That said, related directly to Rainbow Six not being very Rainbow Six like, may I point you in the direction of Ground Branch? 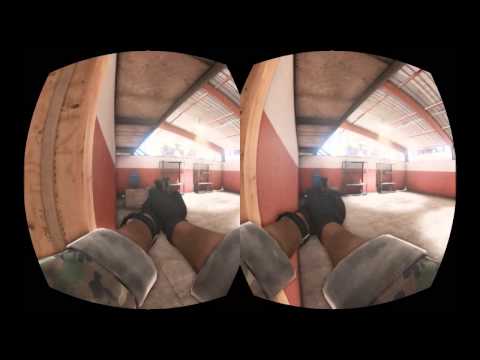 AAA publishers need to think of the bottom line, shareholders etc.
And in the end its the consumers fault for buying said products and/or believe the hype.
I’ve been caught out before

That said, related directly to Rainbow Six not being very Rainbow Six like, may I point you in the direction of Ground Branch?

Hehe… yeah I’ve been following your development. Things seem to be going well for you!

I’m looking forward to playing the game! But from what you’ve shown, it looks like you’re going more for a simulation thing.

Did you see the new terrain stuff from GDC btw? I thought of Ground Branch when I saw it, thinking it would be almost like an ARMA sort of game. Without the wonky UI hopefully

Coming from an MMO genre, AAA publishers are listening to the vocal minority rather than the quiet majority. There is a reason why “grindy” MMO’s are hugely successful… the build on the human instinct of competition, cooperation to achieve goals, among other things.

Games that I have tried to play nowadays are… lame. Only 4-8 total skills, all player gear is essentially the same. Max level in a week, etc… etc… These are games designed for instant gratification rather than “working towards something”.