What am I doing wrong? (Event Dispatcher)

What am I doing wrong? I’m new to event dispatchers.

Just slowly read the errors one by one, they tell you what you doing wrong:

“This blueprint (Self) is not a HostOnlinePauseMenu_C, therefore Target must have a connection”
“Variable node GEt ResumeButton uses invalid target”

2nd error is consequence of first error, the blueprint you are in is not HostOnlinePauseMenu (which also means it does not have “Resume Button” varable) there for it can’t be used as a “Target” for this node. “Target” is a inputing object that on which function is called, in this case to get varable, if it’s not connected (like in your case) it uses “Self” which means object of this blueprint in which this code is executed, this means this blueprint is not HostOnlinePauseMenu" and you need to get object of this class to first to get that varable from that object.

But this is not only mistake you made the next error (or rether warning) tell you:

HostOnlinePauseMenu does not inherit from “Button”

It means you not only getting varable not right but you also trying to cast to type that is not inherit to (simply put HostOnlinePauseMenu is not Button, there for cast will always fail)

To makes things worse… this is not your last mistake (thats why you got so many errors piled up :p)

Which means HostOnlinePauseMenu don’t have event called “HostResume”, you need to bind from object that has this event dispacher/delegate. I can’t find any info about it so i guess it is yours Event Dispacher

In short you messed up classes you input to nodes. Youy are aware how classes work do you? If not, watch this: So what do I put for the object?
I watched the video which made me understand classes are blureprints and they can inherit from each other through the class viewer.
I am trying to communicate between my umg Widget and my player controller.

Then explain first what blueprint is, whats HostOnlinePauseMenu and whats HostResume

HostOnlinePauseMenu is a umg widget and HostResume is an event dispatcher. 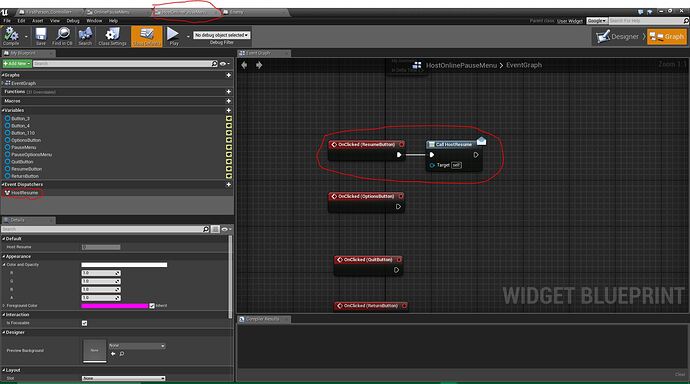 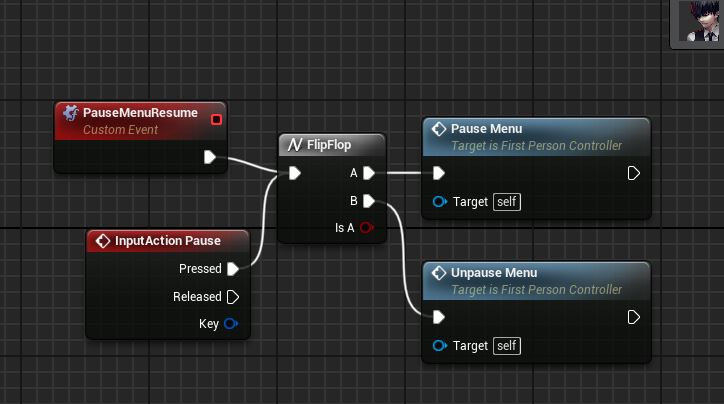 Here are the errors.

Accessed None means you inputing not set varable in to nodes

I don’t understand what you mean by inputting not set variables in to nodes. How do I set them?

Object variables has null/none state, no object, nothing, zero if you give this state to “Target” pin you will get this error. I think i explained in that video i linked, making object varables is not magical “refrence” allowing you to call function to nothingness, you need to set object first

I have these set but I still get the

I have these set but I still get the error