What about Epic Games own glTF viewer?

Animech published some time ago a video on Youtube where they showed the astonishing plugin they developed ‘Unreal4Web’, which some weeks after it was formerly known as ‘glTF exporter’ in the marketplace. The idea behind this is clear: there are circumstances where some customers can’t install anything in their corporate laptops, (including Unreal prerequisites) as they are remotely managed computers.

This way is not possible to author any app as Win/IOS projects, neither html5, as it is not supported any more.

So the glTF is the only possible workflow to follow. The header from the Marketplace publication says:

‘The glTF Exporter lets UE4 content creators showcase any scene or model on the web in full interactive real-time 3D with minimal effort.’

In the documentation, I found that the glTF exporter uses the official Khronos group framework plus some Epic extensions for giving better support to UE4 functionalities. There is as well some documentation and I can assure you it is a very strong exporter plugin, it has many options for exporting.

The documentation says also there is somewhere an ‘Unreal glTF viewer’, the most important thing to play, but I can’t find this viewer. Talking with one of the developers at Animech, he says that could be used PlayCanvas Engine viewer, but it seems this is not the official glTF Viewer form Epic.

Does somebody know something about this viewer?

Hello Anaximedes,
thank you for the comments, please keep providing feedback as we would love to hear what the community think about the tool.

The web viewer mentioned was also made by Animech and is available here GitHub - ue4plugins/GLTFWebViewer
We do not advertise it much as we would prefer users to limit themselves to export common extensions that will work on all major viewers over locking themselves in using one custom viewer.
The plan is that as new Khronos extensions are added that could replace the custom Epic one the exporter would be updated to benefit from that.

Thank you Flavien. I’m nervous to trying it!!!

After trying this, I can’t seem to export the baked shadow maps, only the ambient lightmap seems to be baked. But with the lightmap example I can see nice shadows

hi all,
interesting topic,
i need to create a configurator with about 300 products i am finishing creating an workflow to automatically import CAD/export gltf with python in Unreal. ( THANK YOU EPIC , YOUR AMAIZING

do you have any advice if is best to use PlayCanvas or the custom GLTFWebViwer (on AWS) ?
on playCanvas i cannot find how to script to access gltf variant etc…
do you have some links to share ?

thank you for your help.
Best regards
Daniel

Hi, I have successfully implemented BabylonJS and corresponding WebGL shaders to load glTF exported with Unreal (including all lightmaps etc). Thanks to the open source git!

I’m looking into doing the exact same thing in babylonjs, did you fork the repo?

Hi, no because most of it I dont have use for. I basically only took the shader and implemented in BabylonJS. With some tweaks.

Would be very interested to see the results of the lightmap export and if they could be used more flexibly in other packages like threejs as well.

I was wondering if you had any luck importing gltf into playcanvas. I’m working on something similar a web-based configurator.

( i don’t had much the time to test)
but i tried importing with treejs and it working very well , but it’s more a geek world

I am also still looking for a solution to put it all in the cloud .
i tried pixelstreaming on AWS … is working pretty well , but is really expensive if you need RTX power 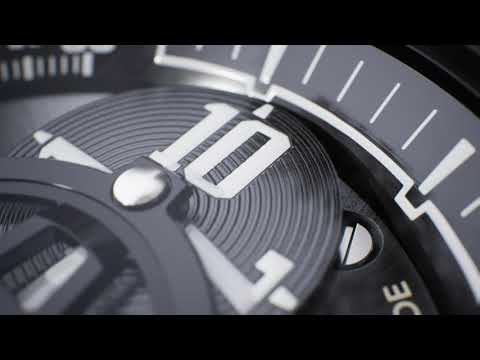 try playcanvas. I think you can get something similar just using native webGL. I saw a watch configurator from cartier that was all built in webGl and it had similar quality. PlayCanvas WebGL Game Engine