Today we would like to share with you our progress so far with Westwood Shadows. A First person Thriller adventure about a police detective who gets involved into a case about a missing couple. Soon he finds out that the husband was working at a mental asylum and he was conducting a research over a mysterious disappearance of patients. The detective locates the husband’s research files and among them something he would never thought he would find.

In the next few days the **Steam **page](Westwood Shadows on Steam) will be available for you to wishlist if you like. We will update this post with the link so feel free to subscribe to the topic to get updates.

So far we have completed the first two levels of the game and we are sharing with you some screenshots from the results.

You can find more info about the game on:

Hi all! We wanted to drop some of the screenshots we took last weekend from the game so far.

We’re back with more pictures! 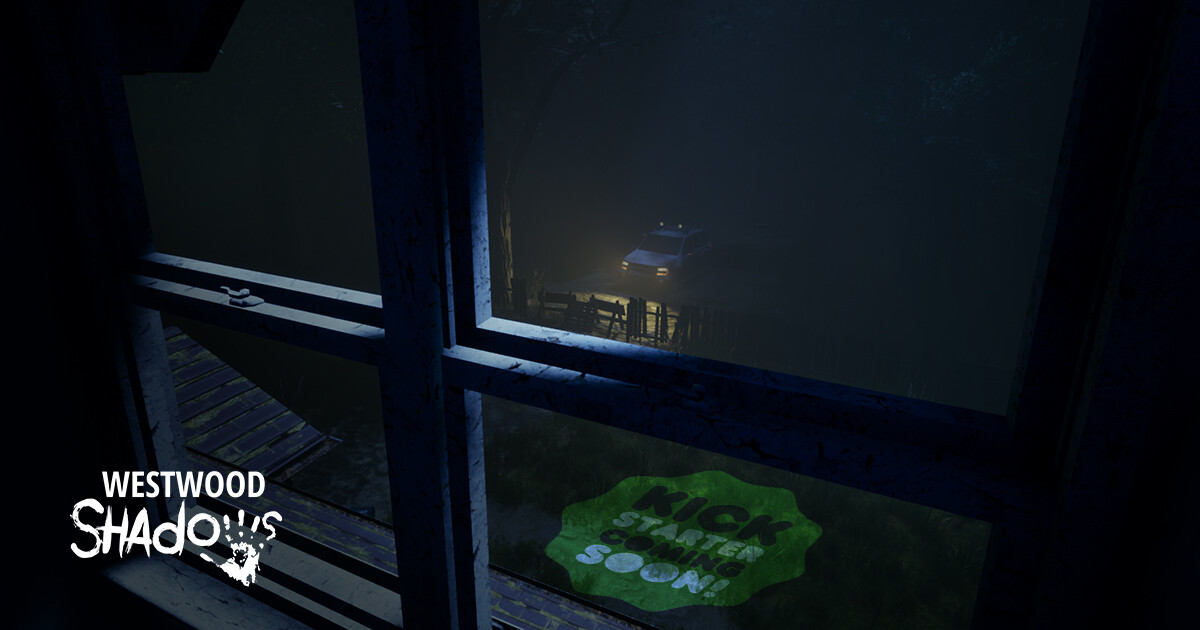 Hey all! Thanks again for testing out Westwood Shadows. We read all comments and although we want to answer each one of you, there are too many comments and some issues are common so we gathered up all the upcoming fixes here.

So here is what we’ve been working on based on your comments.

The demo will be released in June with all the features above. We want Westwood Shadows to be a great gaming experience for all the players and so we are always open to more comments and feedback from you! We thank you again and we can’t wait to share our progress and updates!

We are also preparing a Kickstarter campaign to speed up the process of development and enrich the game with more mechanics and better visuals. We will need your support when we go live! You can sign up to get notified by following this link:

A story-driven horror adventure. The old Westwood has some terrible secrets. Survive and fight the "shadows"!

You know when you are working on a game and you have to cover so may aspects of it? Well, designing logos and ID cards is part of it! This one will be featured in the demo so let me know what you think!

So the goal here was to make a Pharmaceutical logo and ID badges that every employee would have to carry in order to access certain areas and get past security controls. Obviously, the colors were chosen based on the game’s mood. This is a horror adventure that narrates the story of a character, so I avoided anything colorful and happy. The 3D mesh was also made by me but that’s nothing special as it’s a standard design for ID badge. I just modeled it to be simple. 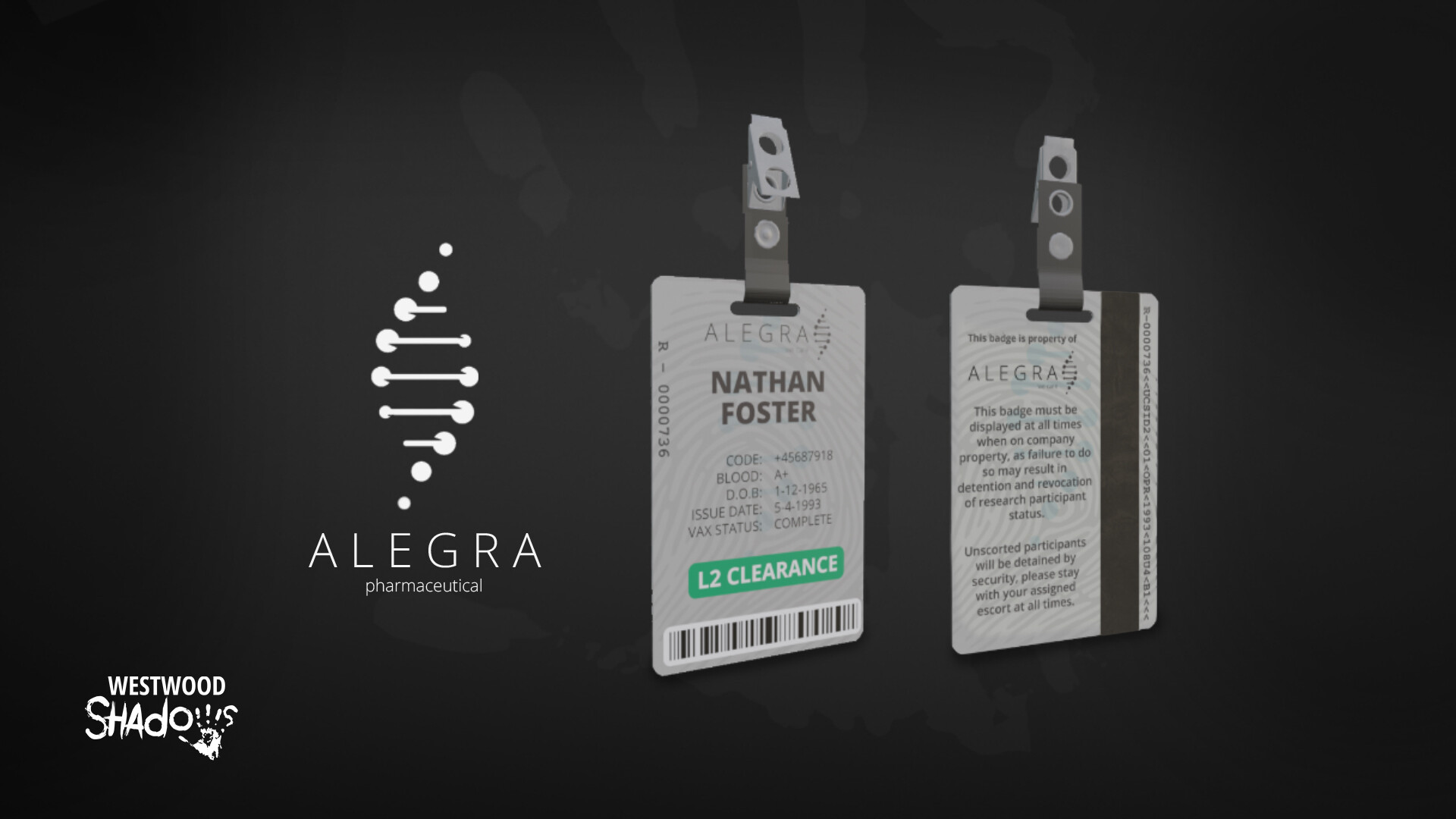 This is Peter Bennet.
We’re very happy with the character design and we wanted to share it with you! Any comments or feedback s welcome! 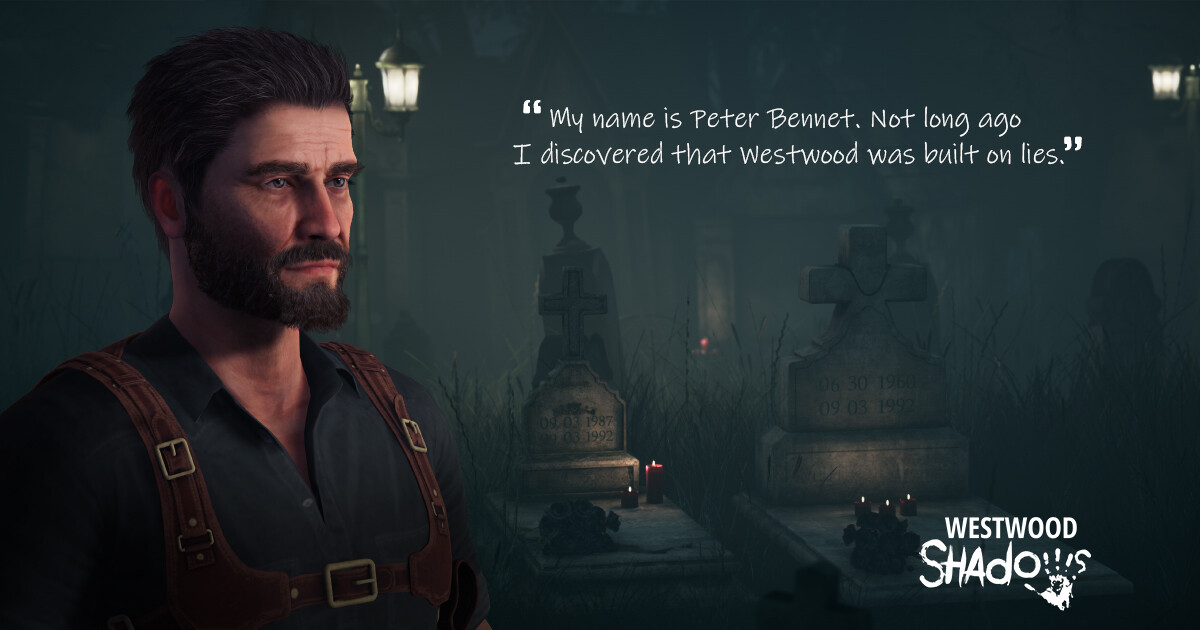 Find out what’s wrong with Westwood and how Peter gets involved.

Feel free to drop by and say hi! 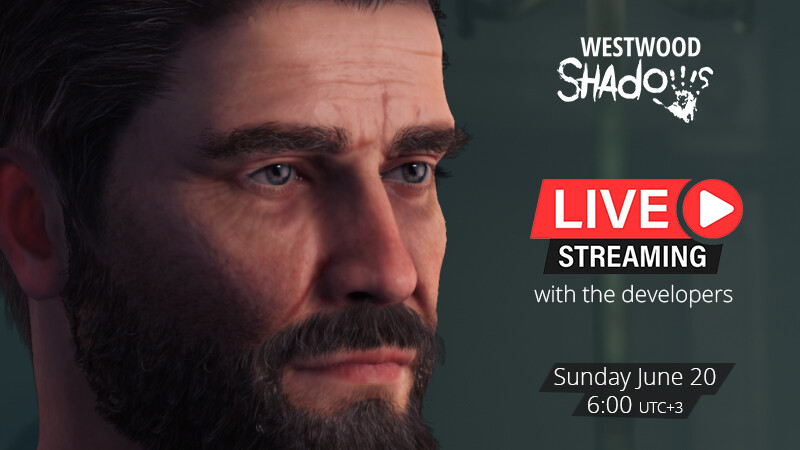 We are officially a MegaGrant Recipient from Epic Games 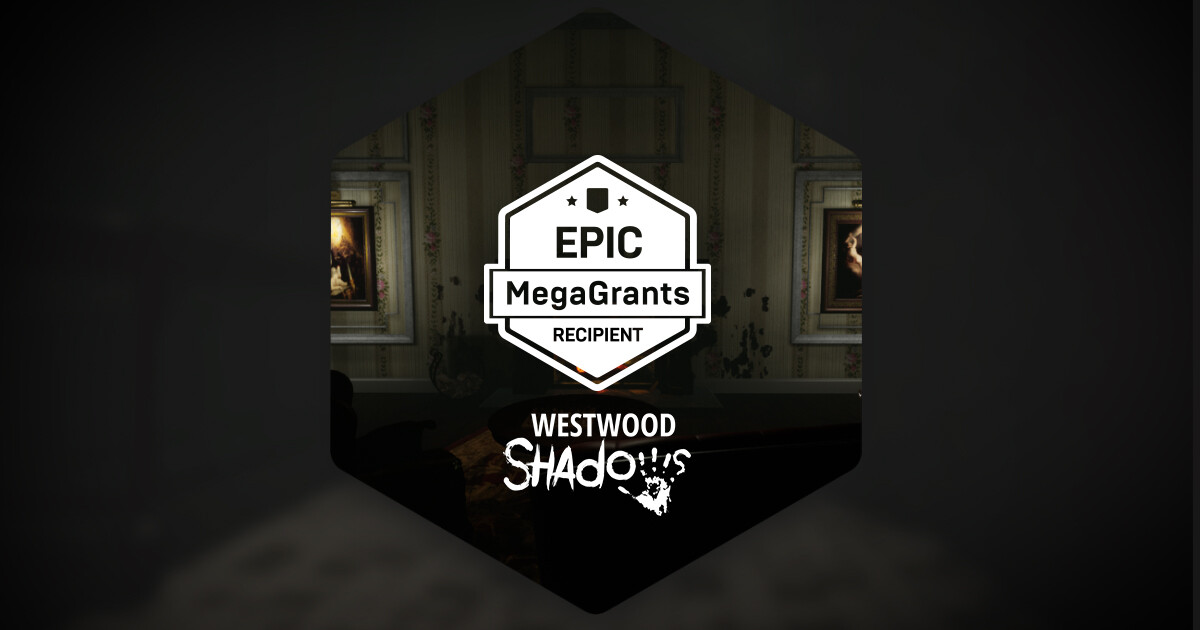 Add the game to your wishlist to get it at launch! 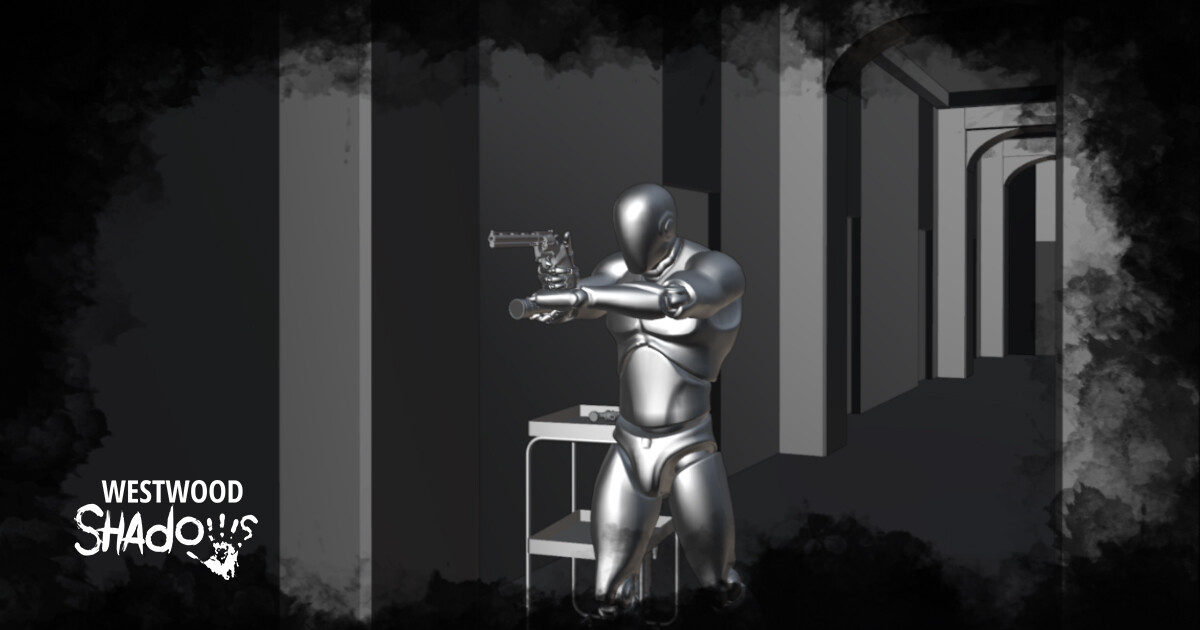 Last few keyframes for one of our best cutscenes!

Who wants to see more?

So far so good, looking foward to seeing this game being released! 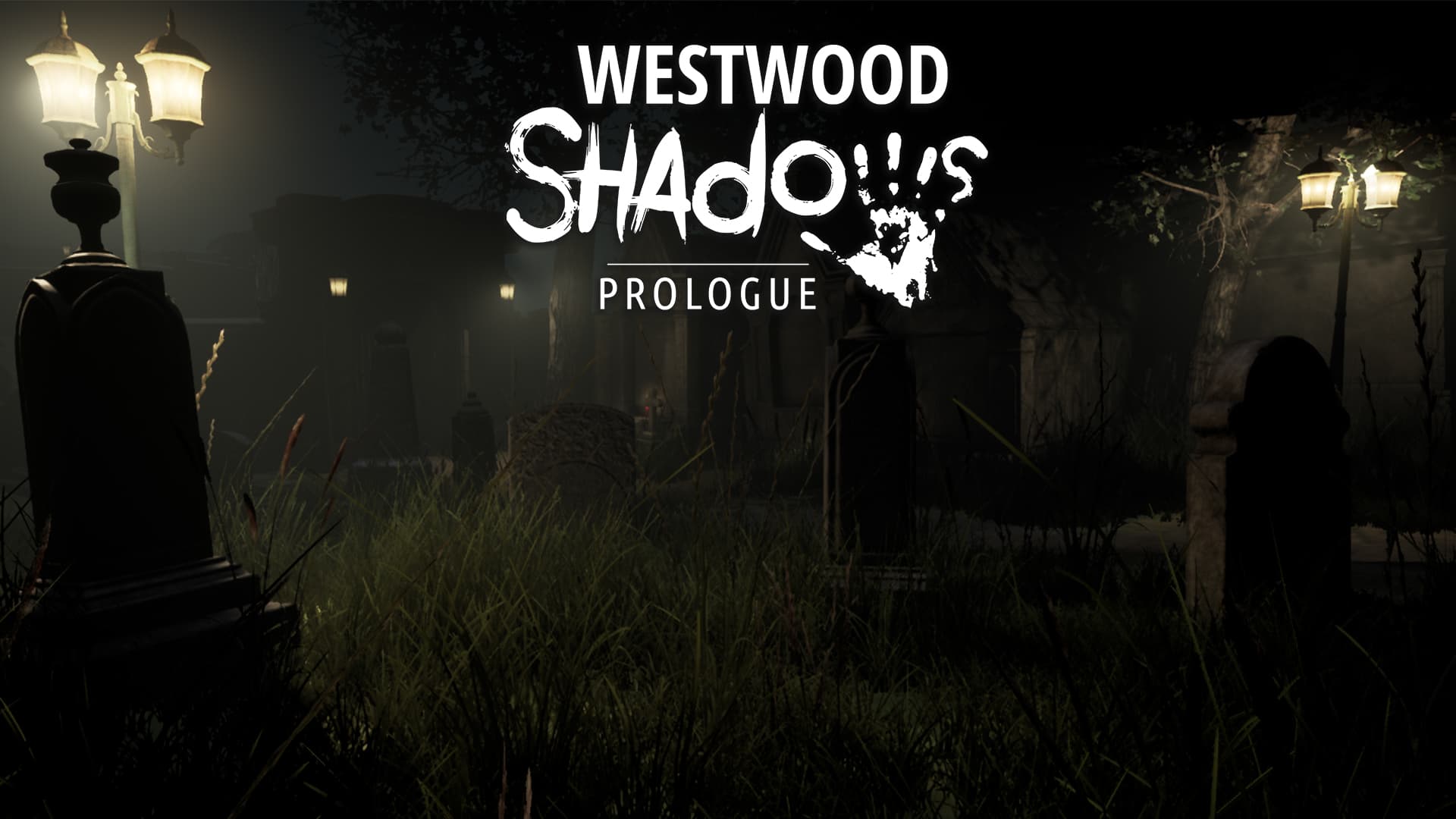 We are back with great news!

This Thursday 23rd of September the Prologue for Westwood Shadows will be available for free!
❝Be the first to play it and share it with your friends! ❞

is now available for Free! 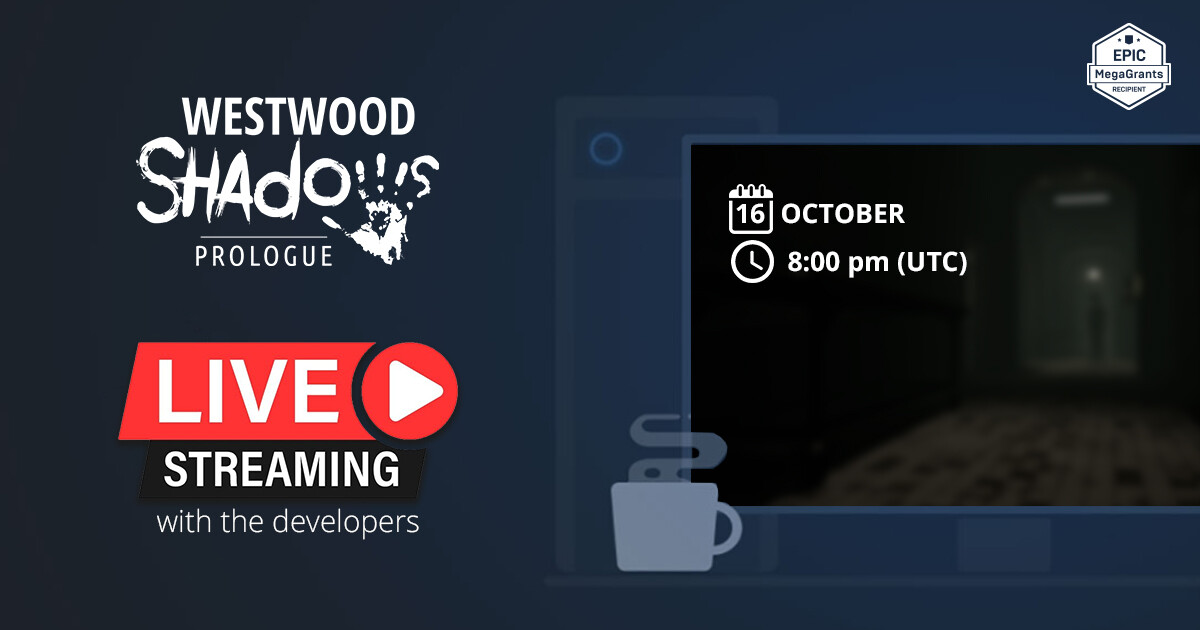 We are going live! Join us this Saturday 16th of October on Steam to discuss about the development of Westwood Shadows. 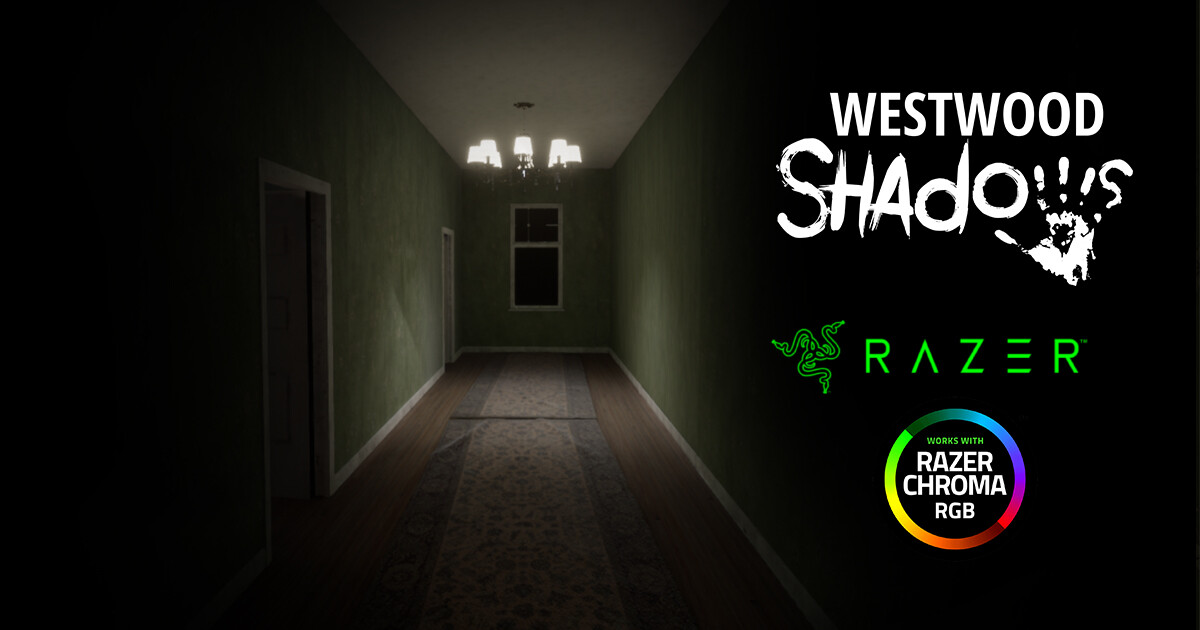 Have you guys ever played a game that fully supports and makes use of Razer Chroma RGB features? We are currently developing Westwood Shadows and we’re preparing some sweet integrations. !

We’ve been planning this for a long time and now it’s happening!
We are launching a Kickstarter campaign in November! 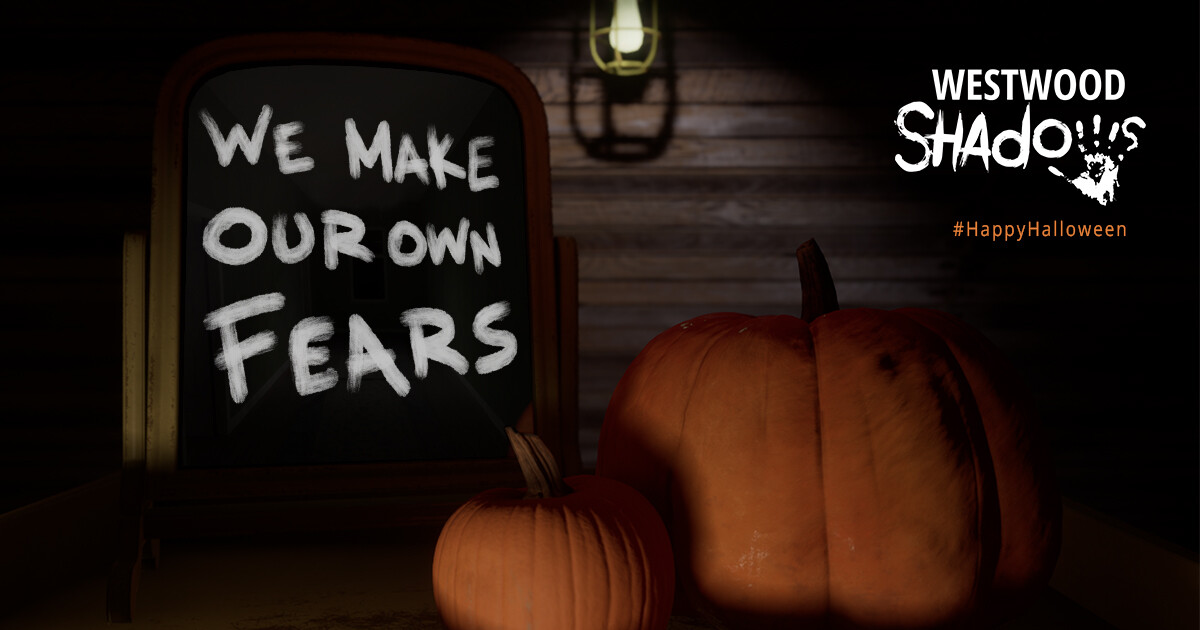 We Make Our Own Fears!

Happy Halloween to everyone! 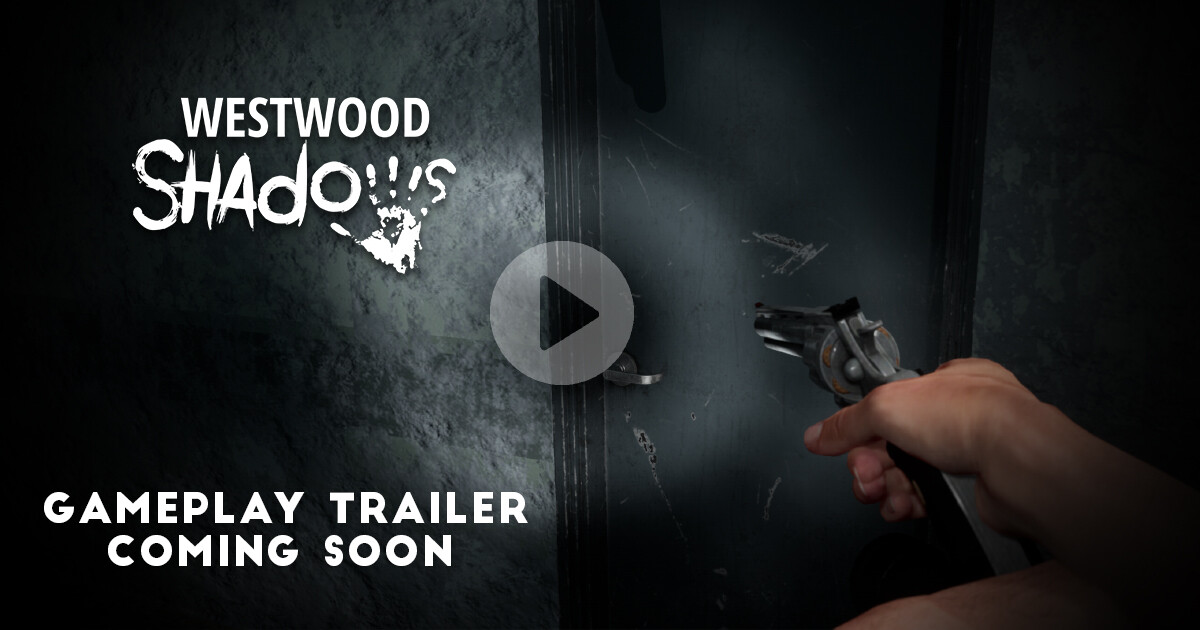 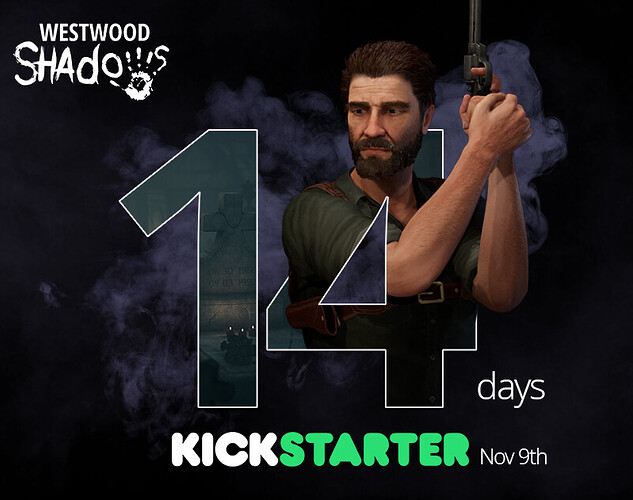 14 Days until our Kickstarter launch!

Have you signed up for a notification? Early birds get 45% off! 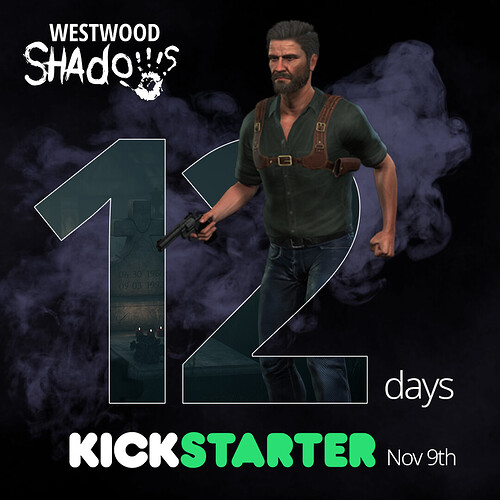