I Just quickly made this Road Model to use for a map I have been working on and got this little issue, strange white lines showing up on it, I don’t know what’s causing it, This Happens to me always when I create my models out of 1 sided planes, Any idea what’s wrong ? Thanks. 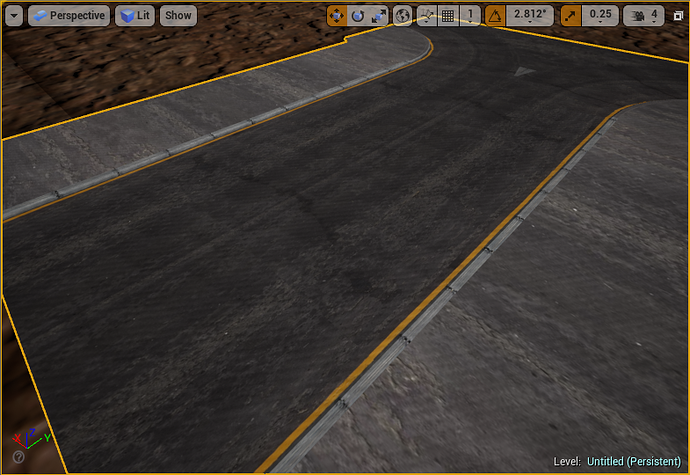 I don’t see any white lines there

It’s supposed to look like this but it doesn’t :(, look closer on the first shot and you’ll see strange white lines on it* 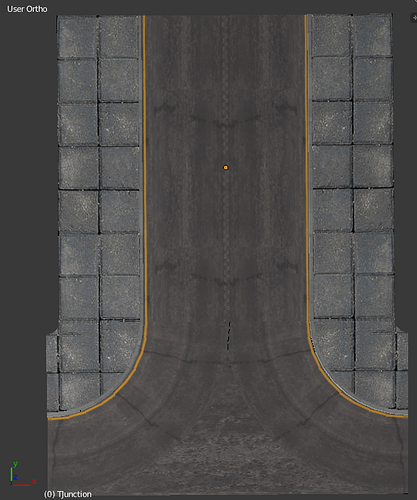 I can’t see any white lines on it either?

They are more like dots, OP should use paint and circle around them.

They are more like dots, OP should use paint and circle around them. 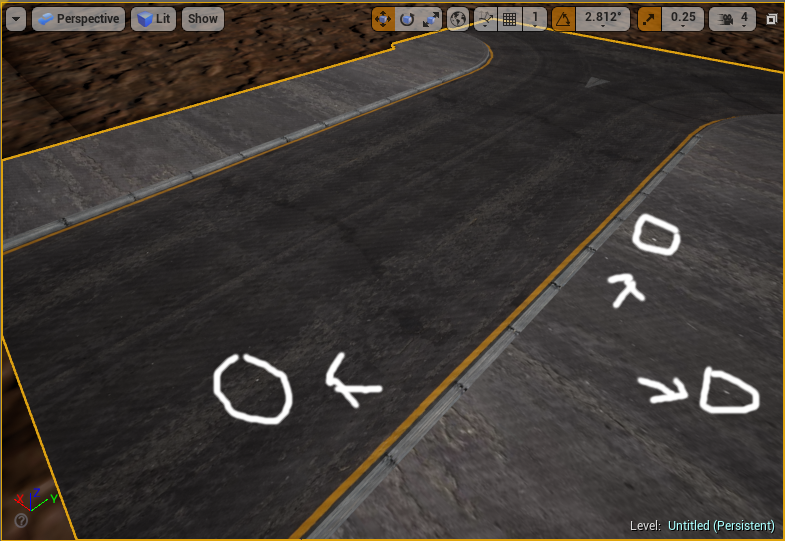 The sidewalk material is not the same as the texture he posted, but nothing with white lines. I can kind of see some shadowing segmentation due which can be adjusted with the Shadow Bias setting of the directional light

Yes the segmentation thing is what I meant, The sidewalk material is different indeed, I’ll try adjusting the shadow bias like you said, this issue has been bothering me for a while now, Thanks for the help guys.