Weird texture on android build, but not on editor preview

So here’s the thing, I made a simple dice rolling prototype and had lot’s of issues when building to android, after following several tutorials it worked.
A few builds later I started getting a weird texture overlay when I build to android, the problem is I never placed it there, and I don’t know how to remove it. I tried rebuilding, and even created another level from scratch but cannot find where it it. It’s even weirder that it doesn’t show up when I preview it on the editor.
Any ideias? 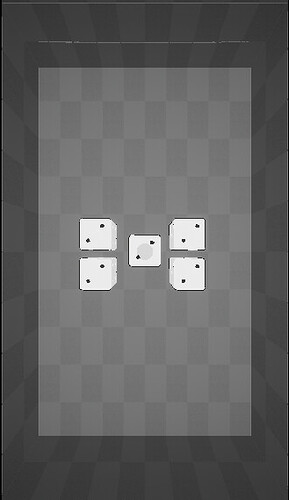