While UE4 Editor used to work fine for a couple of years, I now notice weird framerate issues.
The editor window runs at 37 FPS when focused.

That’s what puzzles me. If I uncap the FPS, the editor is capable of running at 180 FPS when I focus the content browser window, so it’s not a hardware issue. As soon as I click on the level editor, it drops dramatically.

On this screenshot, you can see how it drops to 25 FPS when hovering a button, even though no level has been loaded. (yes, it’s 25 FPS for a black screen). 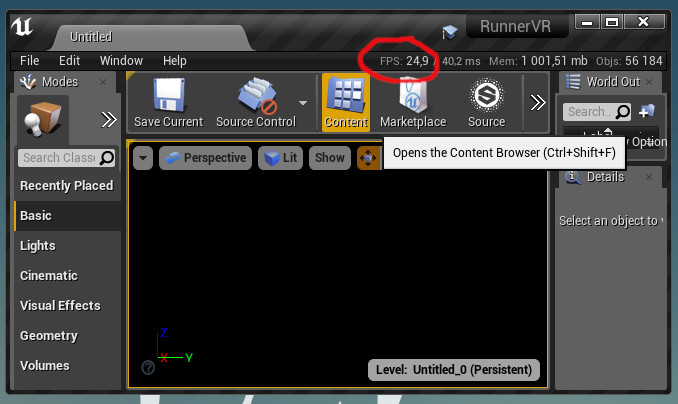