Hello everyone! I’ve tried to create a blueprint which allows me to attach a weapon into a socket in the skeleton. I’ve tried to overlap the weapon but nothing happens.
This is the blueprint: 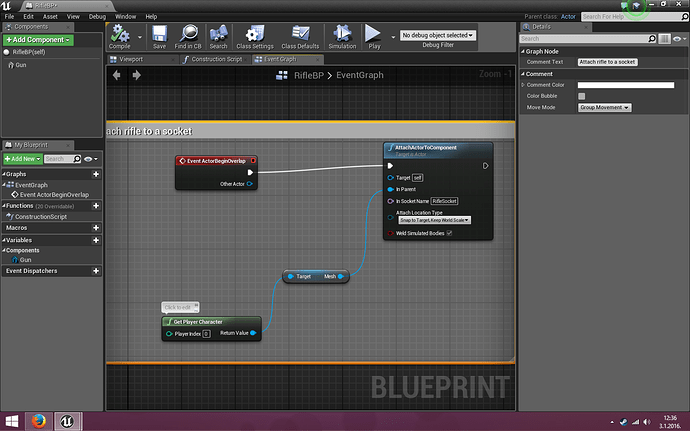 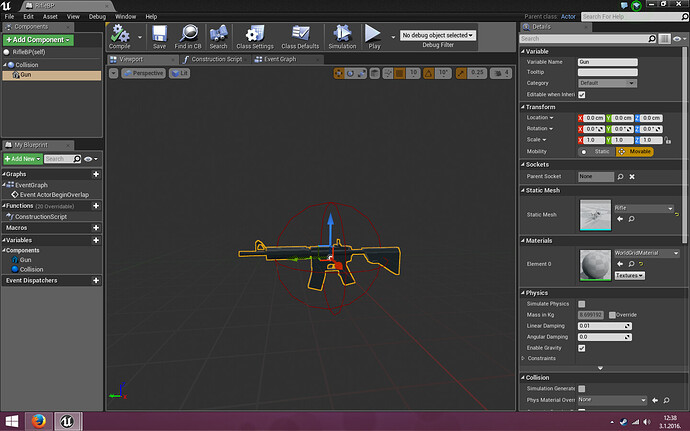 Unreal Engine 4 Tutorial:Attaching a weapon or object to hand or socket - YouTube this link should help , also if you have a pickup weapon system take a look here for some help Joe Hudson - YouTube

Have you made sure to create a socket on your skeletal mesh? Also I think it might be case sensitive so check your spelling. Also there are a few different attach functions the way I got mine to work was with attachTo hook it up to a begin play event for testing, as it could be something to do with overlapping. If your overlapping don’t forget to set it to overlap pawn. I could be wrong but I think attachToComponent only works if it’s a child of the actor whose component you want to attach to. Try AttachTo instead, can’t test it cause don’t have a computer at the moment

Thanks for your answers guys. So I tried to add one more node to destroy the actor once overlap event is called, nothing happened. I removed the BP for picking up the weapon from the level and I placed it again. Now the weapon gets destroyed but it still won’t attach.
This is my socket: 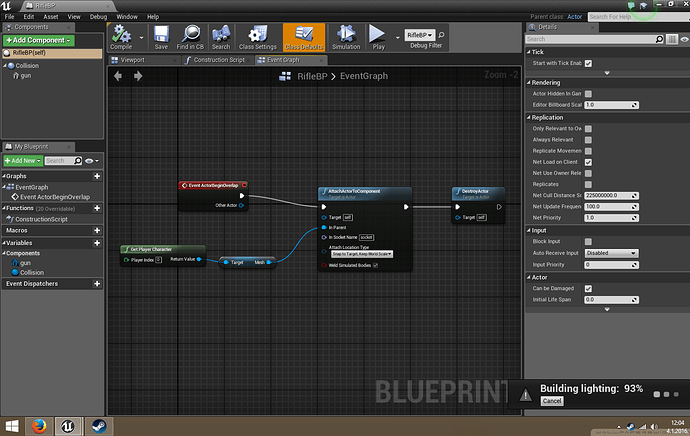