A bunch of people have been asking how this scene was created. It’s actually just a bunch of marketplace assets, but am happy to post how the scene was put together. 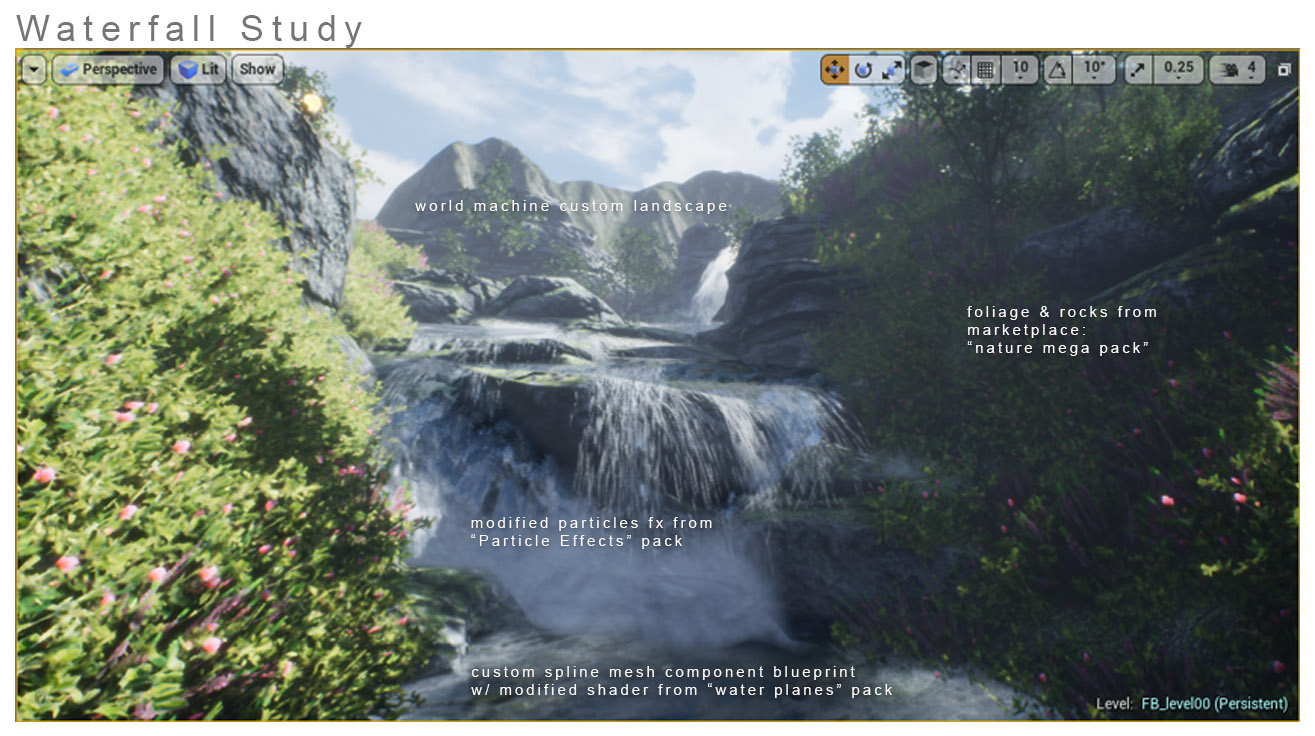 The landscape was custom built in world machine and is for a project called “Flutter Bombs” which is a nature themed aerial combat game currently in development. The foliage and rocks in the scene are from the “nature mega pack” and the “ancient ruins” pack. mostly unmodified. 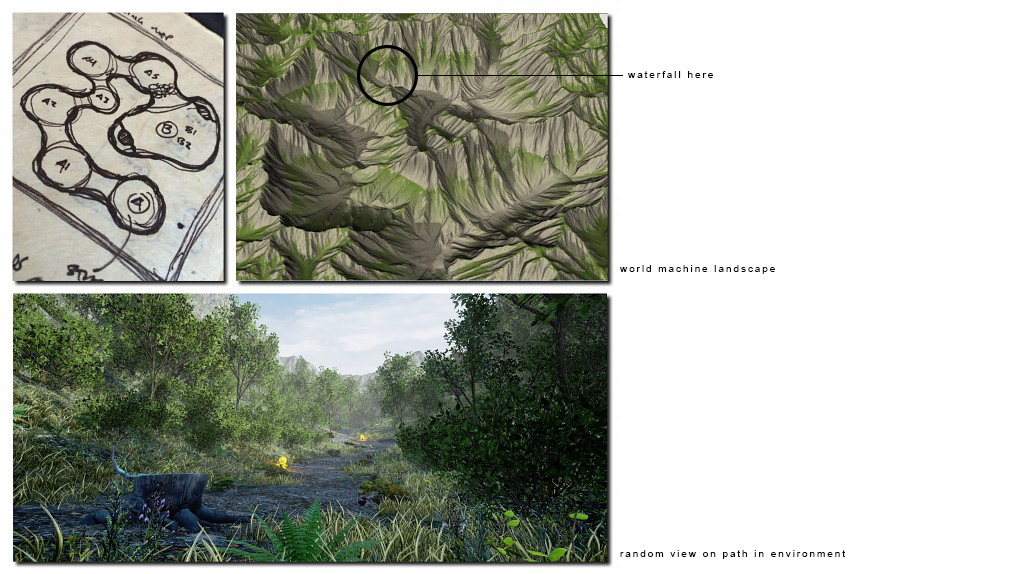 The water is from a spline mesh component blueprint. 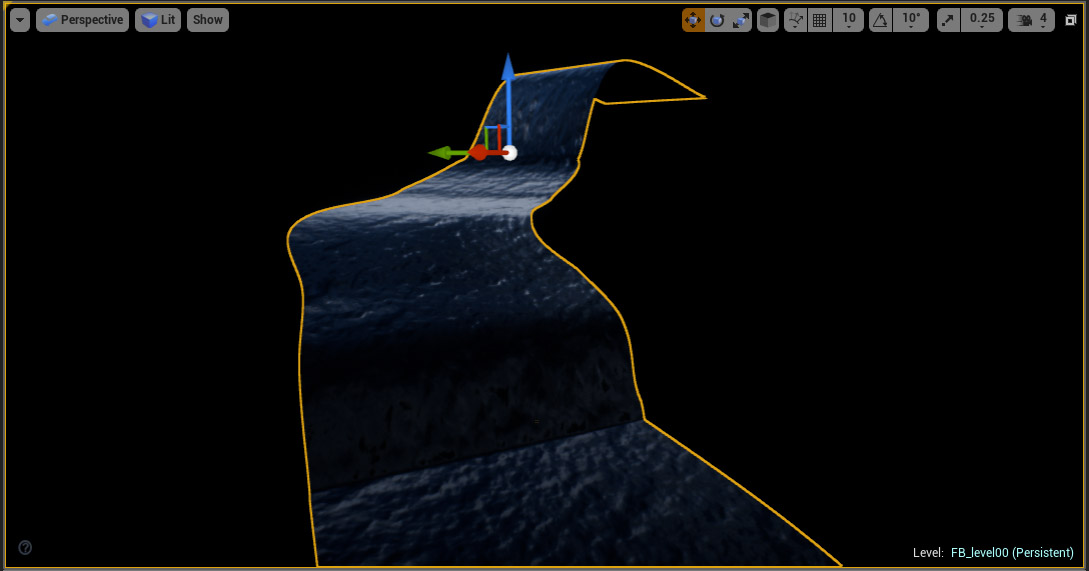 The shader is originally from the “water planes” marketplace pack, however i’ve modified the translucency shader to meet the needs of the scene. here are the key modifications: 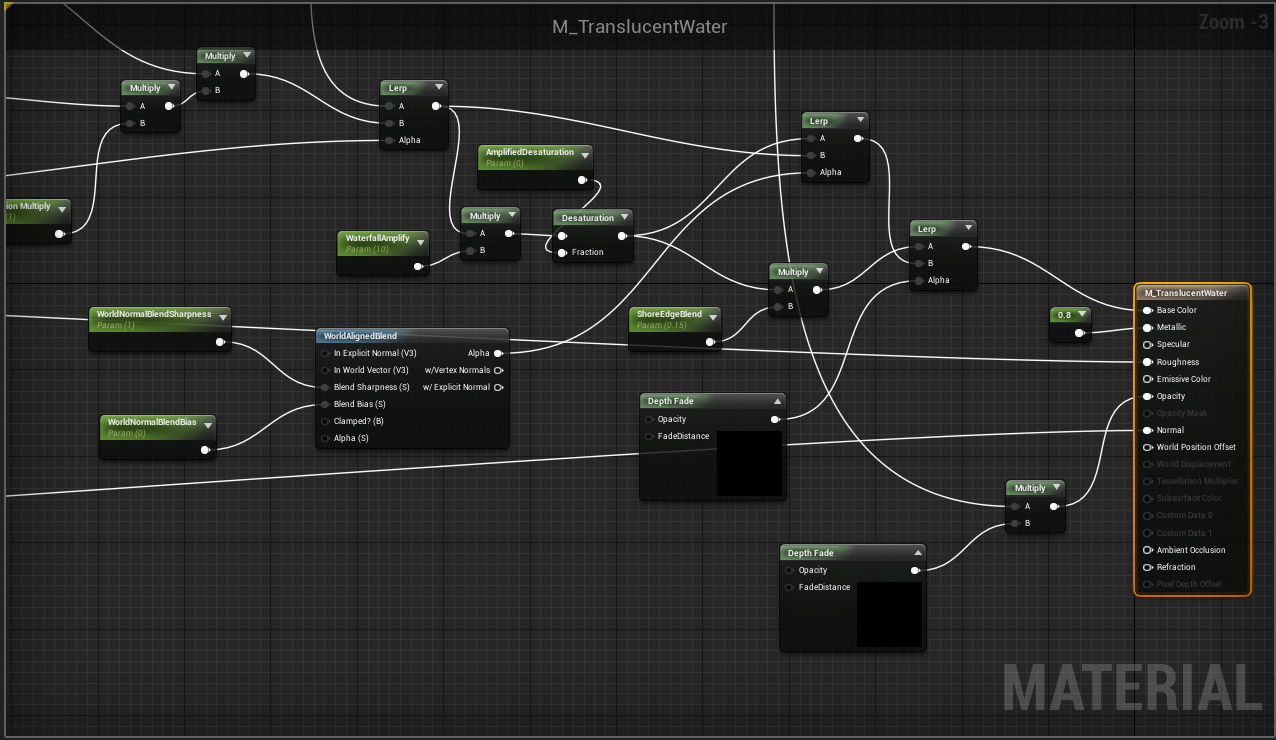 The particle fx consist of three different fx modified from the “Particle Effects” pack in the marketplace. The first is the GPU based shader for water droplets. The second effect is the mist that is overlayed on top of the water droplets (commonly seen in waterfalls depending on the type of the fall and ground conditions altering flow). The last effect is a splash effect which includes water impact and ripple effect. These effects are mostly unmodified other than particle location modules and spawn rates. It’s also important to note that once these were placed in the scene, it was important to change the translucency sort order in the “render” category of the actor’s details panel, otherwise things don’t sort properly and splashes appear to be behind the water.

that’s it in a nutshell! feel free to reach out with any further questions/criticisms or alternatives.

Very nice - thanks for sharing!