War Legacy is a free to play realistic multiplayer first person shooter with RPG elements and a huge variety of weapons, starting with weapons from 1200 up to near future. The gameplay is slow paced and players are extremely vulnerable. Fatigue, bleeding, gunshot wounds are simulated and severely impact the player’s fighting ability. Teamwork and coordination is essential not only for victory but merely survival.
Gameplay will be different according to the era of the weapon used. Old weapons will have a big reload time and terrible precision but very deadly when they hit so you will need to think really good when to fire. World wars will bring more modern weapons and increased combat range so don’t leave your cover until you make sure it is safe. They will also will bring grenades to the battle so your cover is not as safe as it used to be. Finally modern wars will bring to the battle real time information about the enemy position so being hidden becomes a lot harder now.
We have created a teaser trailer that tries to capture the feeling of despair and hopelessness that war creates in people. It is the same feeling that we will try very hard to bring to the players, and make our game unique among others. We hope that you will enjoy it. 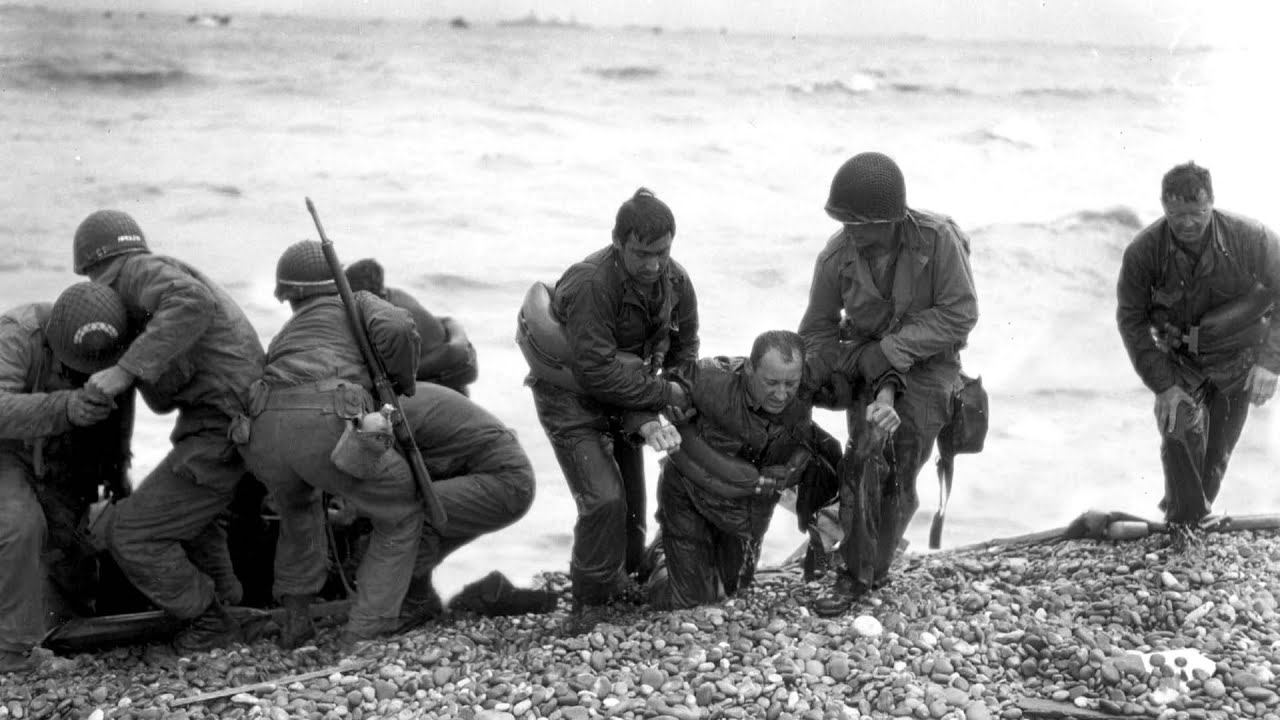 Here are some images of our first level (work in progress) 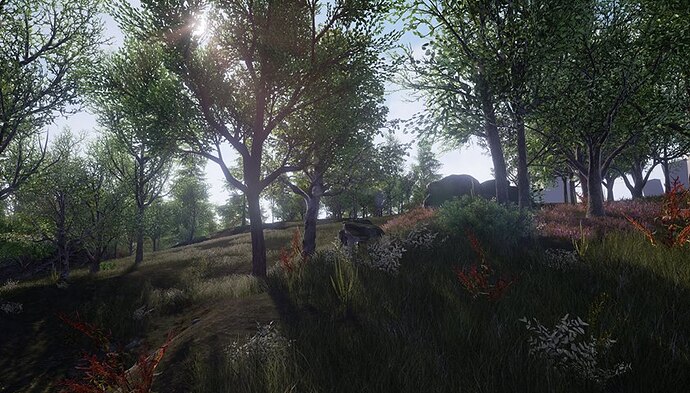 12015093_1625845097703093_2426004450.jpg841×480 133 KB
This screenshot envisages the location right next to your starting point, which is currently under construction and marked by the white blocks on the right side.
This is the first thing you will see when the game starts and most likely where the battle for defending your castle will be carried. 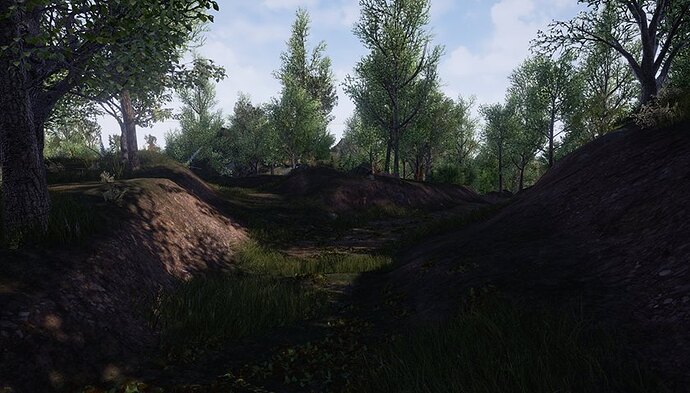 11953471_1627561717531431_4625221634.jpg841×480 95.7 KB
This is another strategic point on the level, once in this location you will be faced with yet another dilemma.
Take the long road on the left and get advantage by the height of the map, take the right side to try and get a surprise fast attack on your enemy or just camp in the space between the roads until the opportunity arrives to ambush your foes from the vegetation. 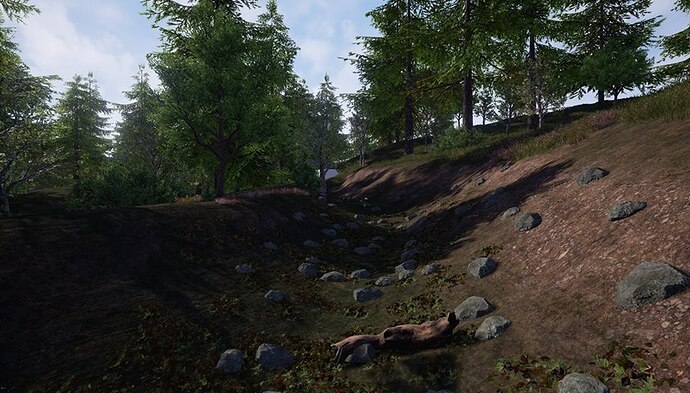 12038659_1629800877307515_6067903051.jpg841×480 114 KB
In this screenshot there is a road that leads to the right side of your castle. While on the road you will also find an abandoned mine. On the left of the picture you will find another road that leads to the same location but it is more exposed than the first one. On the right side you can climb a small hill and go directly for the starting location. Be aware that even if going on the hill might be faster, the hill itself has no vegetation so it will make it a lot easier for your enemies to spot you. 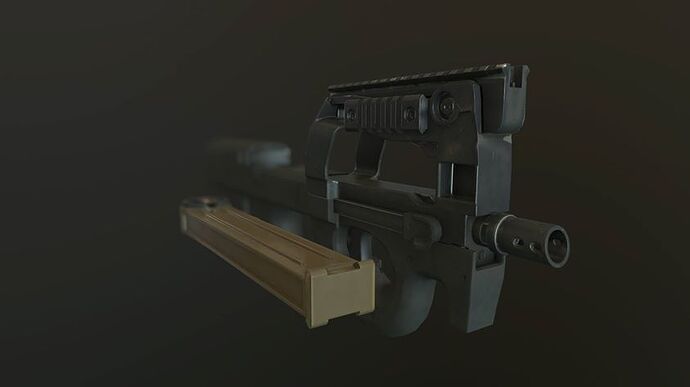 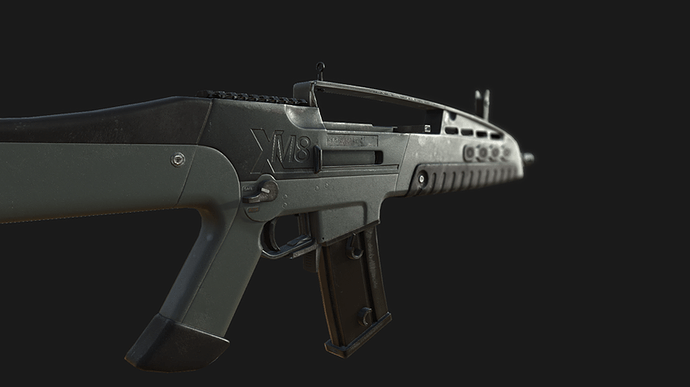 Our current technology tree consists of two nations. There will be at least four nations in the game each with its own set of weapons.

The current status of the game is early alpha with one level nearly completion, nine weapons and map radar already implemented, damage system, game menu, and networking partially functional
Check our facebook page, where we post updates twice a week.

We are always looking for talented new guys to join us. If you think you can help, you can contact us on:

we have 3 new candidates for the modeler position, I hope that everything will go well. I will come back with an update on the status as soon as things are clear.

We have started work on a new section of the map 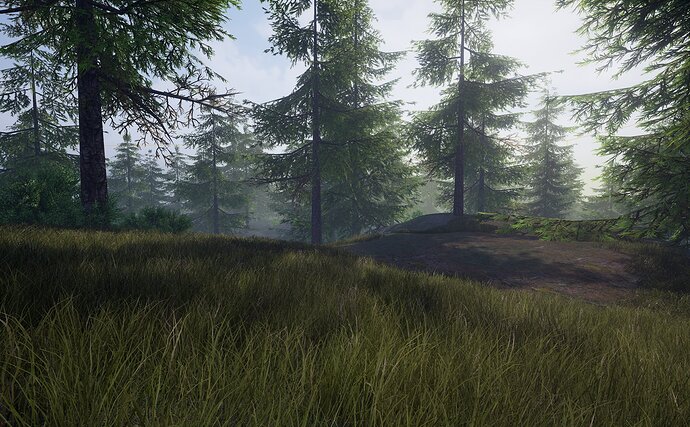 A short teaser introducing the new musket warfare for War Legacy. The gameplay will cover the whole history of firearm warfare an will allow players to utilize a wide variety of weapons from hand cannons and muskets to modern assault rifles. 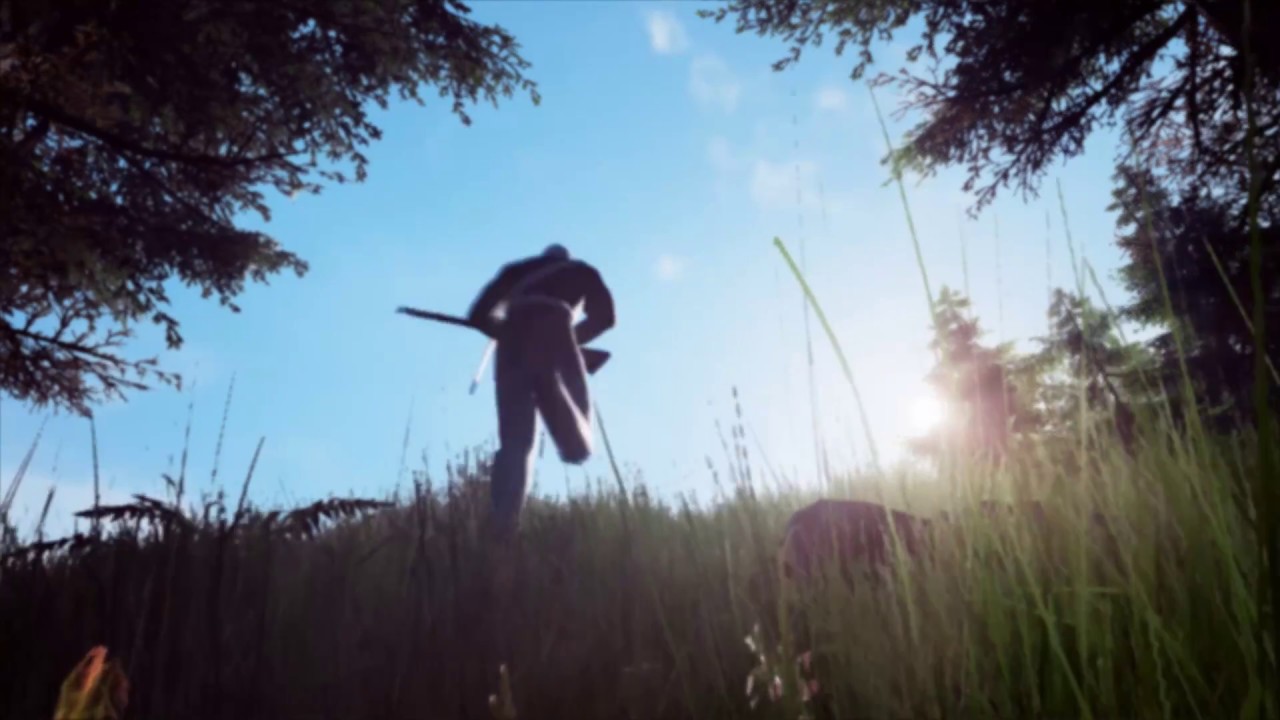 Since last time we have also changed the lighting of the level and we have added new areas:

Don’t forget that we are always looking for talented new guys to join us. If you think you can help, you can contact us on:

Old weapons will have a big reload time and terrible precision

I just want to throw in a little positive criticism, if you plan on making it ‘realistic’ i would definitely dig into doing some research. For example you said from all era’s, in your video you start off with WW2 footage, the Mauser 98 (kar98) was designed in 1935 based off a round from from 1903. Even compared to modern rifles the Kar98 still has one of the flattest round trajectories ever made most modern rounds fired dont even come close at ranges past 400 meters. For comparison purposes the M16 had a MOA of 2.094 at 200 yards, while the while a Kar98 has on average a 1.25 MOA. At the same range an 1800s black powder muzzle loader has an MOA of 1.24… Do you see what im getting at? just some food for thought.

Cool info, but 1900’s is recently new. When I said old I was talking about 1700’s weapons ^^
Anyway we will follow the real specs of the weapons and the game balance will come trough match making, more or less

Hope that you guys like our new gameplay video! 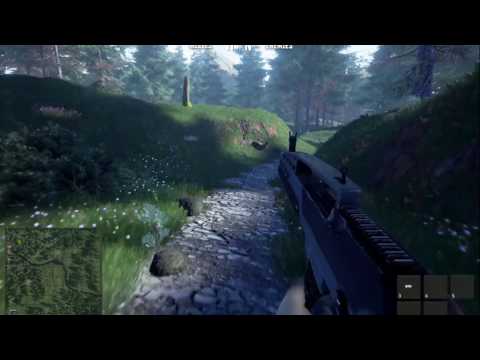 Hey guys we are now on greenlight so please show us your support! 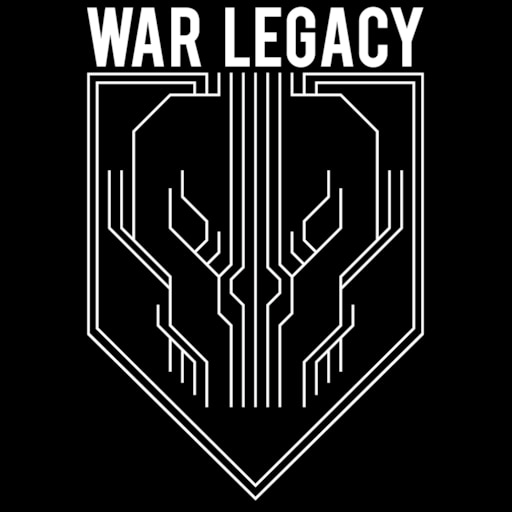 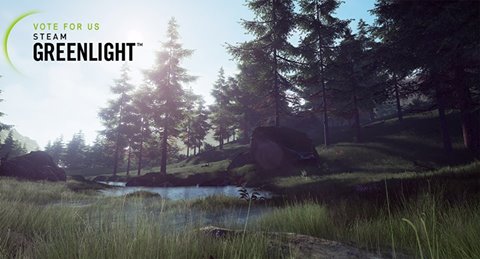