Well, I’m having positioning problems with some skeletalmeshes attached to the skeletal mesh of the character. I’m going to provide a video to clarify problem. [- YouTube][1] The character study case has those peculiarities.:

The problem is more noticeable when the frame rate decreases a big amount. To force that situation I’m just focusing another application different than the editor. From the second [24][2] to 38 the framerate decreases.
As can be seen, both the hair and the weapons begins to suffer a bad positionning.
This shouldn’t be happenneing even with a low framerate. 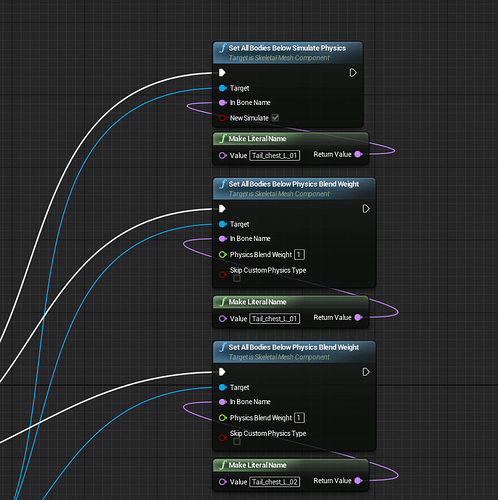 So, any ideas about what is hapenning?.

Thanks in advance,
Juan

It was an engine bug described and fixed here for UE 4.8 version:
https://answers.unrealengine.com/questions/248359/physics-jitter-when-attaching-a-static-mesh-to-a-r.html