Hi, does anyone know how to fix these errors?

I create the third person sample project with blueprints. Then I create a c++ class and after open it in vscode this is what I see. I can compile the project with “Win64 Delevopment Build” without problems, but these errors are still there. 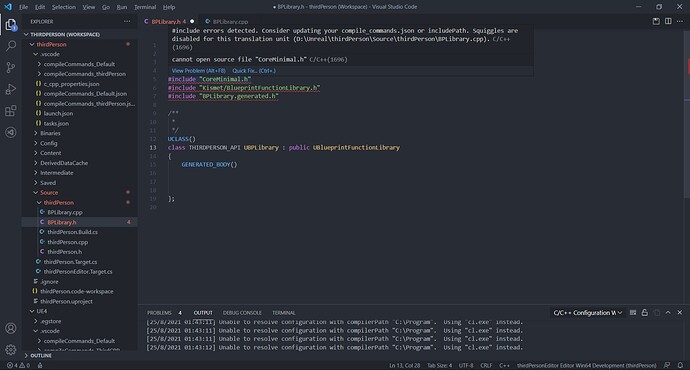 I’ve never made a BP project and added a C++ class later. Do you have the engine C++ as part of your project? It looks like you don’t.

yes everything works fine. I want a blueprint project but with some c++ blueprint nodes here and there when things get too much bloated. I can compile from VSCode and from UE main toolbar with the Compile button. I can even use my custom c++ nodes just fine.f Still I have those red warning/errors inside vscode which are a nuisance. I think they are related to intellisense but I don’t know hot to solve it.

Ah so it’s not an actual bug in your code but VSCode acting up. I’m assuming you have the C/C++ extension installed from Microsoft.

Not sure about a proper solution, you could try to write the full path to one of them and see if that fixes it.

There are ways to tell intelliSense to ignore errors on the following line. If nothing else, you could try to do that. It would probably be an annoying solution, as you’d have to do that with most includes, but it does get rid of the squiggles.

Yes I have that extension. Looks like the problem is OmniSharp pointing to some random project intead the one I’m using. But after I execute “Omnisharp: Select Project” I can’t find mine in the list. Lol no idea what’s going on.

Try my VSCode/UE Intellisense Fix extension or update the version you already have. I just released an update for 4.27.0

Oh wow it’s working!! Followed all the steps you mention (thanks for explaining them step by step) and it works perfectly on UE 4.27. You are a genius! Thanks a lot!! 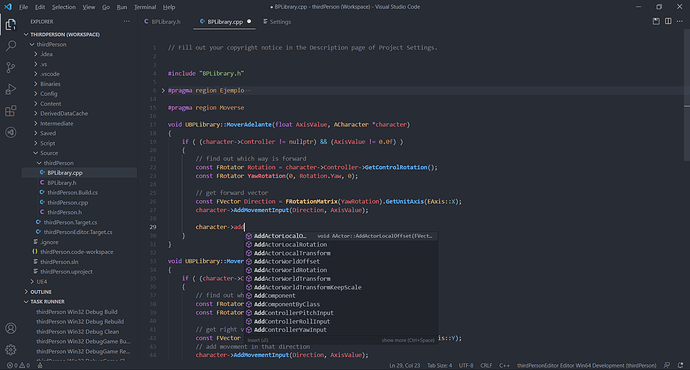 Extension fixed include errors for me as well, thank you very much!

I was specifying a correct includePath in c_cpp_properties.json, but I wonder why that didn’t work, while by all logic it should have.

Thank you for an excellent extension that fixed the errors that I was getting with UE 4.27 and Visual Studio Code.
Great work.

Thank you for an excellent extension that fixed the errors that I was getting with UE 4.27 and Visual Studio Code.

I was using extension mentioned above for about 6 months and it stopped working - I updated to 4.27.1
I managed to fix my problems with compileCommands JSON files - adding missing " to cl.exe path.

But I find it a bit annoying that quotes cause intellisense to break.

Does anyone know if there is an option in Unreal Engine to change value of cl.exe path just to include these missing quotes?

Thanks in advance for the answer!

I found a great solution intellisense on VSCode for Unreal Engine.
This works well on my Mac. 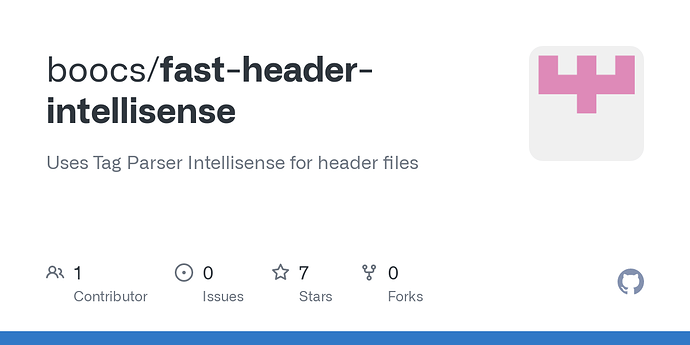 This is the instruction 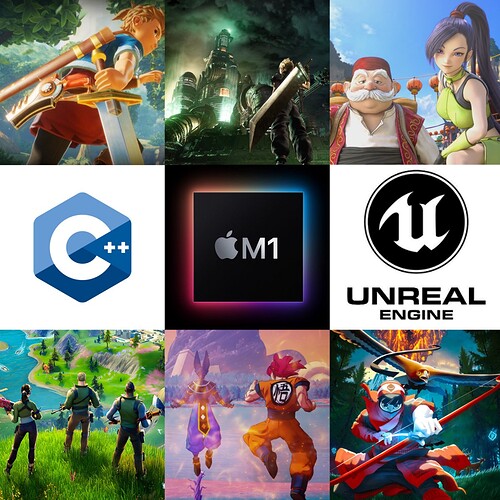 Hello everyone in this article we are going to see how to setup Unreal Engine with C++(using VSCode editor) in M1 Mac.

This error can be easily fixed with changing the source code of Unreal Build Tool.
You can follow this:
https://gist.github.com/yldrefruz/914e04b49b896473735f5c432b79bbf3