Aren’t the buttons in the example setup via input actions / input axis?

Hey Erasio, thanks for getting back to me… I thought as much too - I changed the GRAB input to the shoulder button and hasn’t worked. Feel like I’m missing something really obvious but can’t work it out… 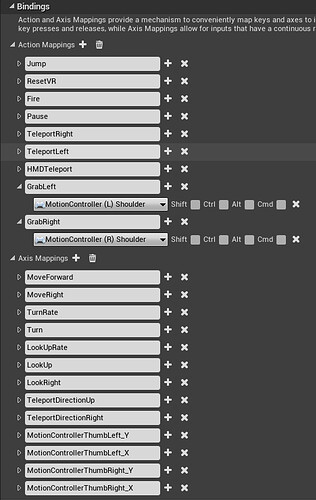 Are you sure you’ve been using the correct input names? According to Oculus no button is named “Shoulder”.

I drop to my knees in a Platoon (Dafoe) pose, and thank you immensely for your time - in figuring out what I was doing wrong! Man thanks so much! Beers are on me!! Thanks Erasio!