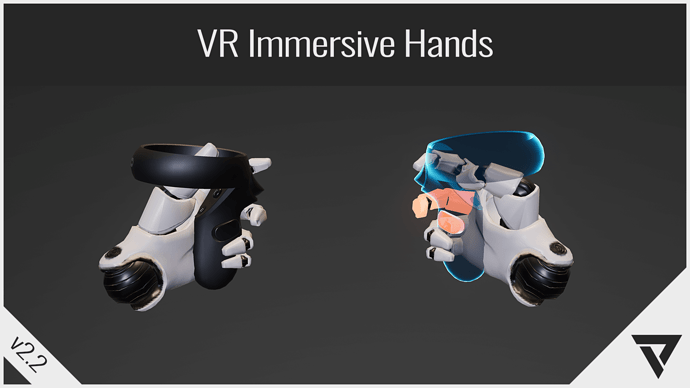 0_v2.2.png1920×1080 225 KB
**VR Immersive Hands **is an optimized and easy to use system that adds immersiveness to VR applications. With this system, you can add animated controllers, animated hands and a realistic grabbing to your VR applications.

**Please have a look at the Roadmap for known bugs and known limitations. ** 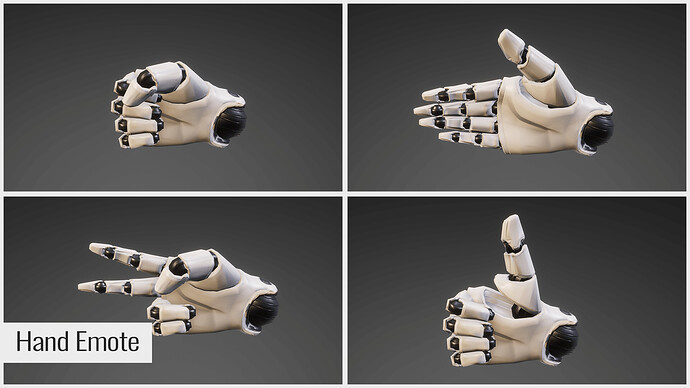 HAC is a feature that has been built with optimization in mind from the start. It uses Soft References and BP Interfaces to be as optimized as possible. **So it only loads assets that are relevant. **If your VR application supports multiple headsets, you don’t want Valve Index assets (controller, anims etc.) to be loaded when the headset is Oculus Quest. 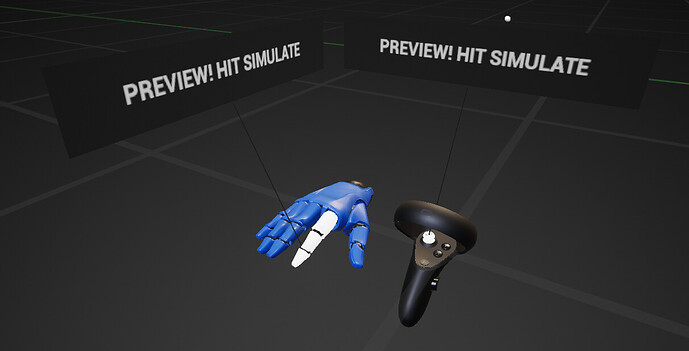 Hints can be shown on controller buttons and fingers. 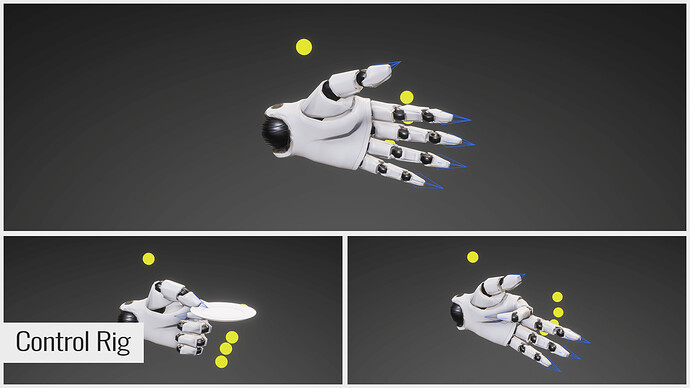 Grab System has been updated to a modularized component-based system to make integrating to existing projects much easier.

We recommend 4.25 and up to be able to use Control Rig properly. Check out the documentation for a comprehensive guide to migration and how to expand it.

Note: This content doesn’t use finger tracking from any controllers.

Our Discordserver is now open. Come and hang out with us!

This update includes bunch of new features and quality of life improvements.

VR Immersive Hands is on Black Friday Sale with %30 discount! Don’t forget to join our Discord to get the latest news.

This update includes bunch of new features and quality of life improvements.

Maintaining this thread is a hassle especially after the forum interface change. Head over to my Discord where I’m active all the time for support.