please can someone help clear why this crash for, it work with 3rd person template, i add vr there and its fine
so why it crash with citysample
here is the error code 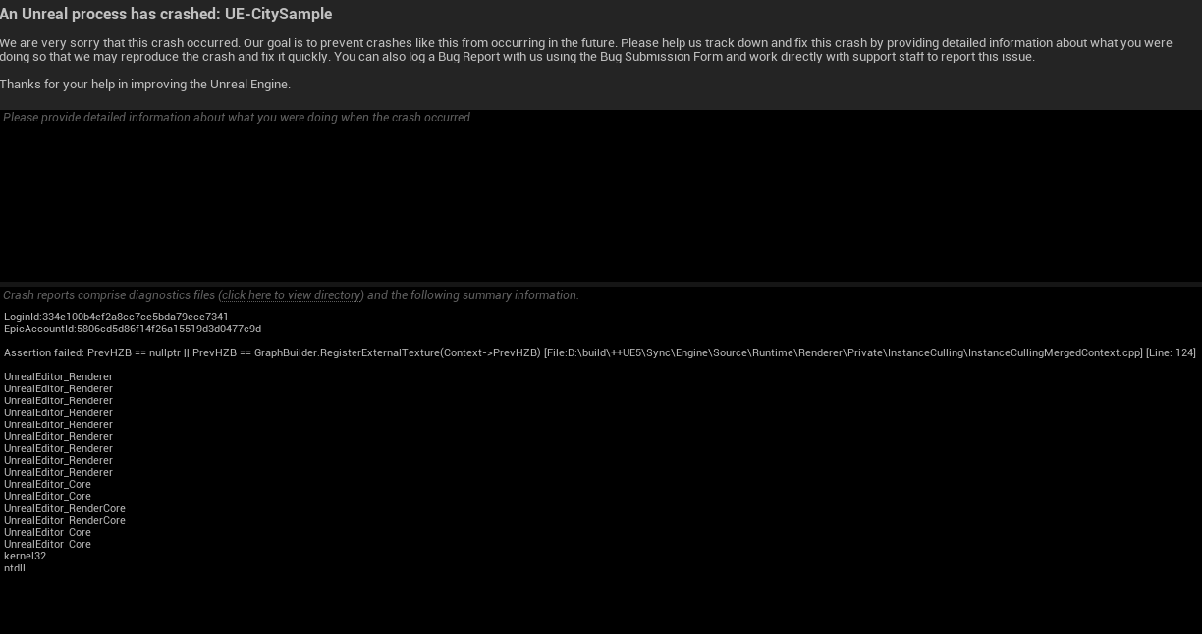 A VR headset has limited memory for graphics compared to a native GPU.

It looks like its trying to register a texture and failing, maybe the texture is too large, or it has ran out of memory for the textures.

Not sure if the VR component is just streaming or uploading to the headset but it could be a problem to look into.

ty so im streaming from desktop, so it couldnt be ram limit from headset. Could it be system ram? since its 16gb
and task manager is over 15gb with viewport only, still i reduced mipmaps and it try load same graphics level and crash, i dont want get extra ram, what if not work could be something with project files if someone could confirm it work on 16gb
also not gameoveride, only added unreals vr template and it work in other projects not citysample though

It’s also worth noting that not all games and projects are compatible with VR, as it can have different hardware and software requirements. In such cases, additional development and testing may be required to make the project VR compatible.

Without more context it’s difficult to determine the cause of the crash you’re experiencing. The “CitySample” project you mentioned may have different configurations or dependencies that are causing the crash when combined with VR.

As others have mentioned, this may be tied to a hardware limitation from your end.

I am, afraid I have to agree with @EliasWick , your machine, either the Ram or GPU Ram maybe insufficient for the translation to VR.

As I dont know how this is handled with the VR plugin I cannot be sure.

Hope you find a resolution

ty reply i thought could be project conflicting something, i tried remove most mesh anything taking up resources and project load almost instantly
also instead of loading small map, i went directly to play on viewport at startup, no map
and it run fine
then with vr it still same crash…so maybe 5.1 not work. Some youtubers show it run in vr with demos
ill try check previous versions maybe, k ty the help though