I am excited to share the VR game I have been developing independently for the past five years using Unreal Engine 4. Apocalyptic Adventure: Episode 1 is a game where players must manage resources, plan defenses, and explore to survive. Episodes will challenge the player to overcome hordes of enemies using the environment to their advantage. Learn more about the game at Steam Early Access. 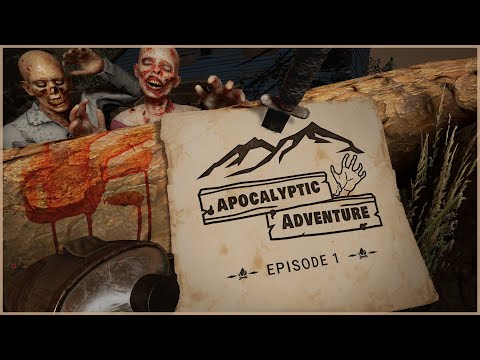 About me, Ascenzio, LLC. I started developing with Unreal Engine First gen by working on various Unreal Tournament Levels and Mods. When I started Apocalyptic Adventure: Episode 1, VR was a relatively new medium with a lot of room for experimentation. I always wanted to create a zombie survival game and VR was the perfect fit for what I had envisioned. I continuously iterated on the overall design until it felt natural and still incorporated the core mechanics. I have grand plans for the remainder of the series, but first wanted to hear what the public thought of the game.

Finally, thank you Epic Games and the Unreal Engine team!

I’m always so dumb-struck by what a single person can create.

You’ve done something super cool here. The environments, the zombies themselves, the weapons you chose. It all fits together perfectly.

But I think the most impressive part of the video was placing the traps and taking items out of the backpack. Really immersive and shows how much charm and love you’ve dedicated.