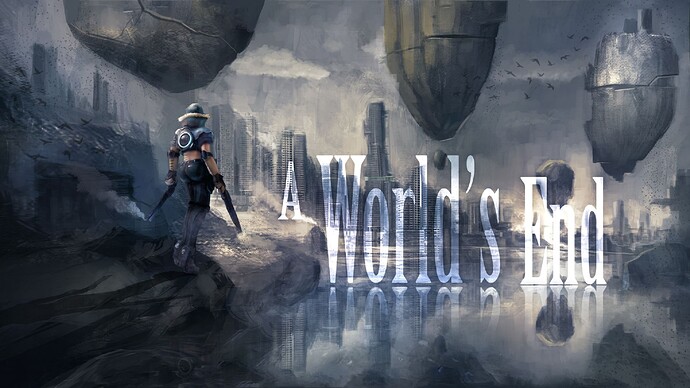 **Update: with the new UE4.11 release, I have added in a restricted “Room-Scale” movement system set as default. The map is laid out 3x3 (per numpad) and you can actually STEP / HOP PHYSICALLY forwards/backwards/sideways (not diagonally sorry)!
To switch betwee Seated mode and “Room-Scale”, press “R” or depress the left gamepad analog stick. (Please wait for 1.2 seconds after that)
Press T to toggle between “Steps” and “Teleport” for both Room-scale / Seated modes
Note: The “Room-scale” is newly implemented, not tested and no assurance of being motion-sickness free. Please give any feedbacks too (prefer faster / slower / more responsive / able to move midway etc?).

I TAKE NO LIABILITIES IF YOU TRIP OVER THE WIRES. By the way, there could be some bugs.

Hi all, I have recently submitted a small VR game I made onto Steam Greenlight. Currently it works on Oculus runtime 1.3.0.0

It’s an ‘arcade-ish’, fastpaced, short and easy game where the player basically has to survive through waves of enemies, dodge their attacks while killing as many of them and finish off a tougher ‘boss’ at the end of the level. Imagine whack-a-mole + dodgeball on steroids.

I’ll call it a grid-based FPS as players’ movements are restricted to 3x3 grids (laid out like a numpad without the 0) while enemies spawn on an opposing 3x3 grids. Player and enemy skills can either target the grids or characters.

VR movements wise, I came up with a mechanics called the ‘Steps’. Contrary to the popular teleportation or ‘increasing acceleration’ locomotion, this actually has a super quick acceleration (almost teleport-ish) to mid path then a deceleration so you will feel like you are stepping/sliding/dashing.
All testers preferred it to the teleport alternative available in the game with no motion sickness. The pool is small and I haven’t tested it with other age groups though, only with a fair mix of gamers/non-gamers/VR newbies.
It could be extended to other games or a 100x100 map, but I had it at 3x3 so you can actually ‘step’ in real life.

Good to hear any suggestions and appreciate any support for the greenlight too:
https://steamcommunity.com/sharedfiles/filedetails/?id=662170690

Implemented ‘room-scale’, optimized the file size and uploaded. Some bugs so will be re-uploading another version over the weekend.

World 1 SHOULD work fine with room-scale, so please give me your comments!

Updated for CV1/DK2. Can anyone with a CV1 tell me if the visuals and movement tracking are working well on CV1? Thanks!

I had some problems where th camera moved into the floor when qalking straight up some meters. It seems the tracking position has to be set?

Tweaked it abit but I got reports that it has issues launching (sometimes it works, sometimes it doesn’t).

Can anyone give it a try? I’m not too sure if it’s a problem with Oculus, end-user antivirus, UE4 or my project. Didn’t have such problem until SDK1.3 was out with the requirement that Oculus app must be running in the background first.