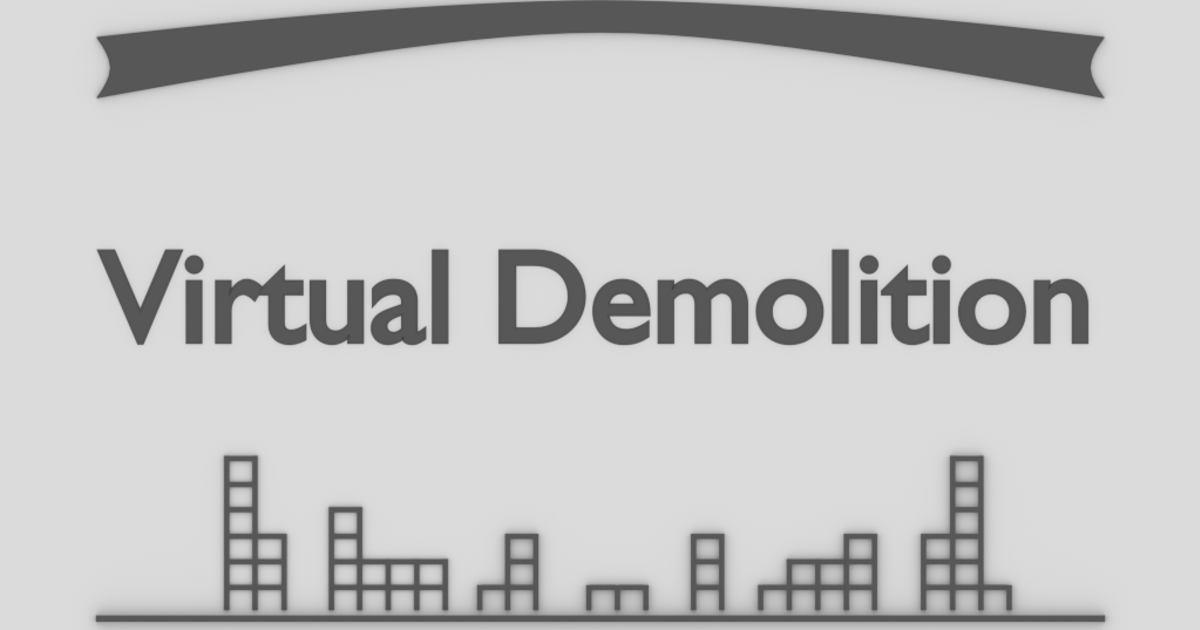 An indie game that challenges the player to demolish structures with explosives | Check out 'Virtual Demolition' on Indiegogo.

Thank you for your attention. I am willing to receive recommendations to improve my campaign. ask apologized for misspellings, I’m not English-speaking.

As you might assume we can not have a marketing campaign. we do what we can but we can not perform miracles, if you are interested give us a hand, give me a tip for better advertise

It’s an interesting concept, and I can see an audience for it. Sorry, however, to hear that your crowdfunding campaign isn’t taking off. I’ll try and provide a small amount of advice on that front, which might help you out in the long-run.

First of all, though you have mentioned you currently can’t afford the fees associated with Steam Greenlight, it might be worth holding off and saving up the necessary cash to do so. By placing it on Steam Greenlight you’re almost instantly going to start receiving feedback from a large community of avid gamers. Once this happens, there’ll be a bigger audience of people who are more likely to donate to your campaign. After all, if they are interested in the game and want to see it brought to life, then they’ll chip in and donate some money.

Secondly, you don’t need to be a marketing expert to receive some press. I’ve worked within the industry as a journalist for a number of years. I’ve dabbled with public relations, for a number of sites, as well. People will cover your game if you put out the necessary material. Prepare a basic press release, some assets to go along with it, and start sending out emails to websites. Sure, a lot of the larger sites likely won’t care or cover it. However, a large amount of smaller sites will. Furthermore, you could focus on contacting websites that specifically cover indie titles. To start with, simply introduce yourself and your game. Offer them an early access build or prototype. They’ll cover it if they’re interested.

It’s all about spreading the word and placing your game in the eyes of as many people as possible. Heck, you could even ask your friends and family to share it on Facebook, Twitter, and so forth. Almost any coverage in this case counts. You simply need to create a plan and put it into action.

P.S. You could even attempt to apply for an Unreal Dev Grant: https://www.unrealengine.com/unrealdevgrants

As you might assume we can not have a marketing campaign. we do what we can but we can not perform miracles, if you are interested give us a hand, give me a tip for better advertise

Most cool stuff and some more was told by DanielBennifer, but in these days you have to use social media for your advantage, if you ask me.
Show what you do, update regulary and then soon some greedy ppl will come, but the best is, very friendly and helpful ones too.
Noone is interested to support any project which will die. Anybody want to be sure, that you are serious, before spending money.
That’s the only problem, but not a biggie.
Do not lie, never try to impress wrong ppl. I could show you some actual projects which are faking everything, catching users with big names like X-Box and having 50.000 fake users on Twitter account.
I do not post any link here public, but it’s not only one, and i know it for sure.
Many ppl try to scam kickstarterbacker, only producing a polished demovideo, nothing more, then next project, or releasing a bugfest and then next game.
Even some really big names, follow that train, i do not like that personally, but it’s the way things work, these days.
When a tuber could earn more money, then a well educated pilot or doctor, then sorry, system feels completely wrong for me, but offtopic, sry.
You have to show, that you are different.
But be prepared, in the moment you take money, you have to be serious, or when someone is frustrated about your behavior, the hunt will start and your “good” name will break quick into bad hashtags.
For steam the 100Buck is the same, they want to see if you are serious about your project.
Can you think about steam, without that fee?
Then you will have 100x UE4 FPS templates for Greenlight, or all the other templates you can even see there now. ^^
Meshes, or complete projects i am talking about.
When you really want something, then do it.
Same here, only death could stop me. ^^

Thanks for all your support, I am pleased that you are interested in the concept, about social pages, we are currently working on a blog and a Facebook page, are still in developing even but in a week they will be ready, I’m starting to believe that our crowdfunding campaign was very premature, but it’s late, now only remains a race against time to see if we reach even 100 dollars and thereby some community.

PD: this is the links to the pages: