Hey Guys, I’m trying to export a movie from sequencer/movie render queue and keep getting this bug stopping me from exporting.

I loaded up a take with some animations and used my iphone and then press record in take recorder to record the motions. 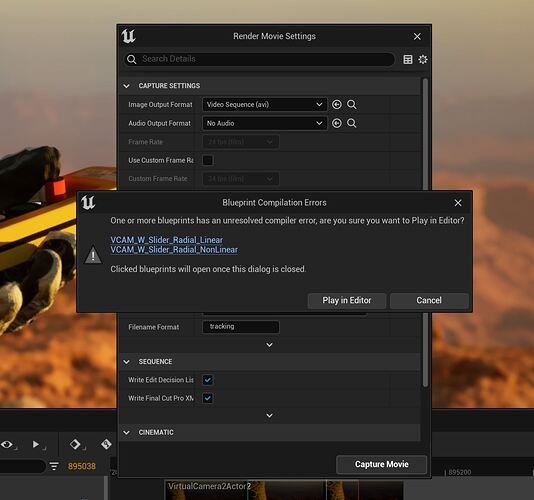 These are the blueprints once opened. Seems to be the stabilization sliders on the camera but they don’t work for me, tried reinstalling the engine, doesn’t make any difference. 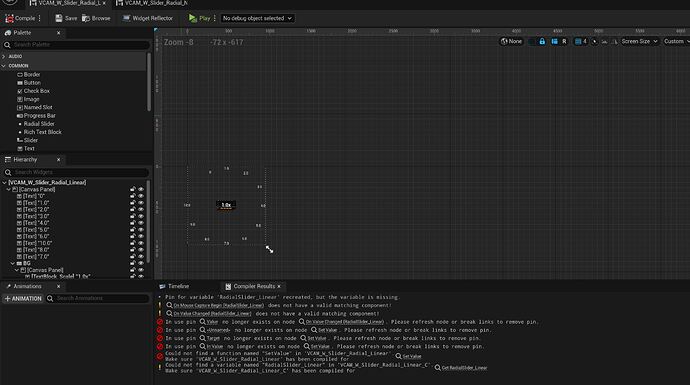 Any help with muchly be appreciated. Thanks!

hi @benhalford
I have tried various movies and cannot get the error you get the blueprint its code the same as in 4.26. I used the source compiled version.
I have versions compiled with Visual Studio 2019 and Visual Studio 2022 Preview and neither show this error.
I have used a very basic project and Cinematic Level 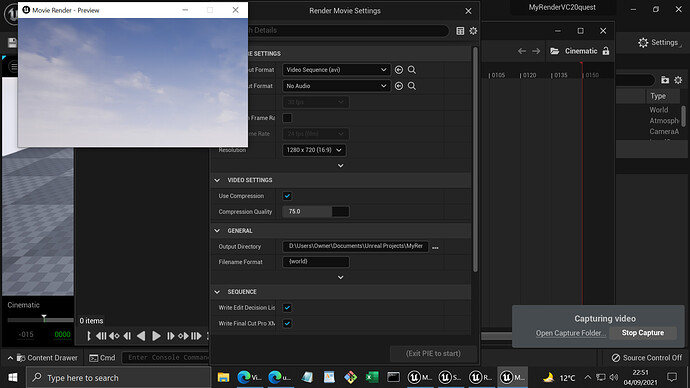 Thanks Jimbo for trying, I found a work around by simulating first before trying to render, but I think the camera is broken on my pc, like I said seems to do with the stabilization which is broken when I try to use my iphone as a camera, but re installing doesn’t fix it

I’m going through the same thing. I’ve spent the better part of 2 days trying to figure it out. I’ve tried UE5 EA 1&2 and Source built on vs 2019 went ahead and switched from the iPhone vcam over to the Vive tracker method to get away from the slider errors to see if I could render that way and there seems to be issues with spawnable cameras and the the renderers(both sequencer and movie render queue only rendering the vcam from the trackers starting posistion although the cut track is set to the animated spawnable take and it plays fine in viewport when cut track is locked to it. This happens even if steam vr is disconnected. Wondering if the bug lies somewhere in the fact that the cameras weather vcam 2 or tracker based are all inherited and the renderer isn’t seeing the spawnable camera takes. Has anyone else that has run into this problem found any solution?

I am having the same issue. Although sometimes when I try it on a blank new project it renders without the message. i dont get it. Plz someone help