I saw this somewhere, but can’t remember where. I want to be able to view the value of various variables during play for debugging purposes. Can someone enlighten me on the please?

Illustrates the methods on how to Debug your Blueprints.

Much Appreciated. That worked and, unfortunately, my problem ended up being what I thought it was.

The problem is axis mappings. UE seems to have a problem with floats going back to zero. Instead of going to zero when you release the “A” key (for instance) it goes to 0.000246 which is NOT zero and therefore my code still thinks that A is being pressed. That’s a problem, I’ll have to find some work around.

Still, Thanks for the help.

try Nearly Equal (float) and set your own tolerance. Or work with InRange (Float)

I do appreciate you. I got that to work … poorly I admit, but it did work. It’s not a viable solution to what I’m trying to do though.

Trying to set a flipbook 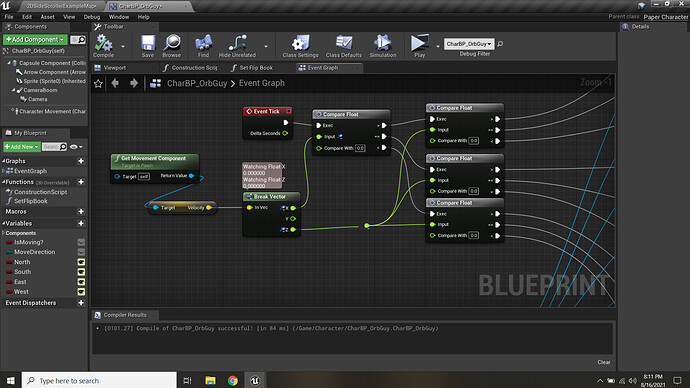 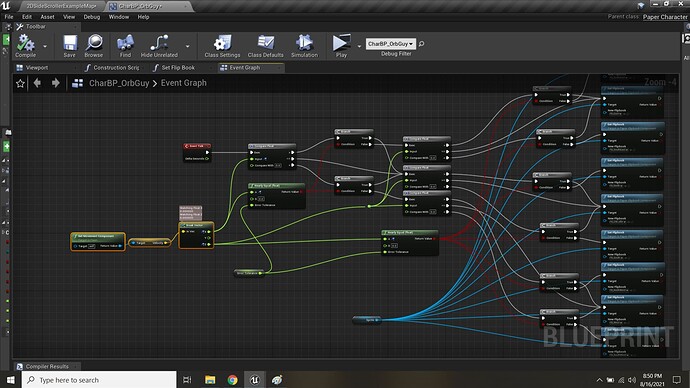 What I have now is a delay between switching flipbooks as the values of X and Z go up or back down. I made the delay into a variable and played with it some to see if I could find the right setting, but I think I’m going to have to scrap trying to use the axis for setting the flipbook and maybe try setting up a system that just checks for which keys are pressed (a,s,w,d) and choose the flipbook based off of that.

But I do so appreciate that I now have knowledge of those two functions. Thanks for that.