I have 3 problems i need to solve. If somebody can share a guide or share ideas how to overcome these problems, thanks ahead!

1st: Video texture (WMV) is working when i press the PLAY button, But in LAUNCHER the texture is not working?, (i use an BSP).

2: See photograph, i succeeded somehow to create an transparant effect just as i wanted (alpha channel). I used roto brush effect in After Effects to cut out an model from old video footage and edited it in the material editor of the video texture in UE4 as follows: * > Vector Parameter + Blend Darken + Ceil* (see photo). But still there are some black borders, or even the whole environment of the image is going black during some frames, why? See update below, it seemed i had to add a second parameter to overcome these problems.

3: The whole video (WMV) is not scaled right when on the BSP, when i scale trough *Techcoord * the video multiplies, this is not what i want.

UPDATE ABOUT TRANSLUCENT TRANSPARANT VIDEO TEXTURES, SOLVED!; I added a second Parameter + Blend Darken, now the whole black background disapeared! For the first parameter (which is also connected to the CEIL i gave the following numbers: 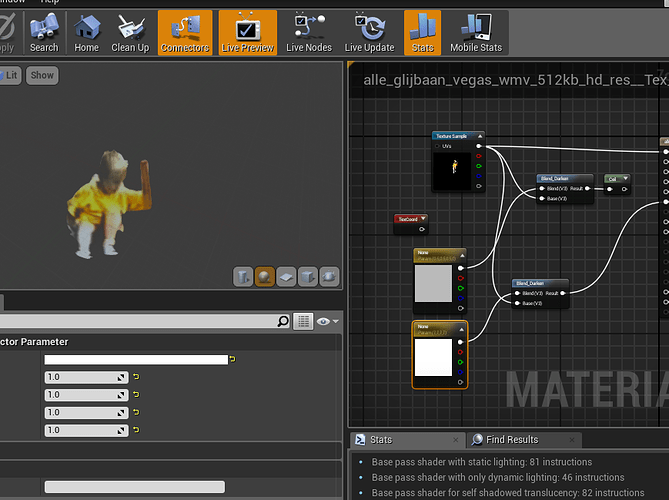 *Another thread on the UE4 forum about the chroming of video texture however i did not found an proper step by step tutorial in that thread:
*

Removing a color from a material / texture or making it Transparent 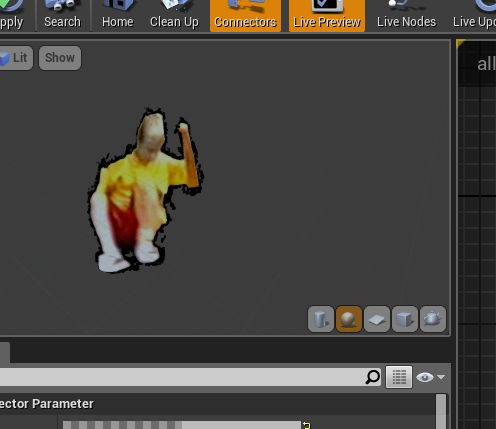 You can see UE4 does not remove the black background very well, i solved this problem by adding a second parameter, see inscription above by the update text. 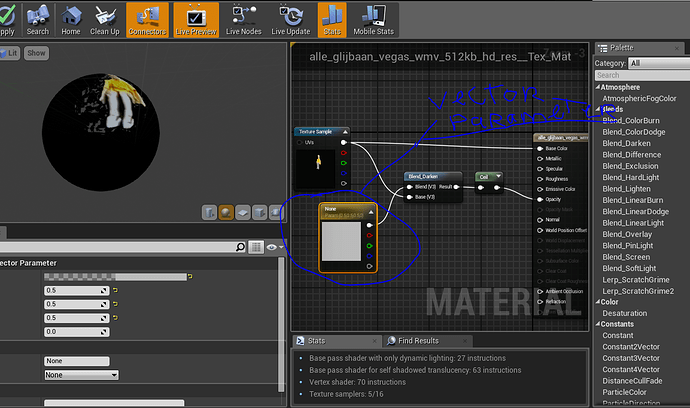