All,
I’m building a level which has two large cliffs (you can see them rounded here in red): 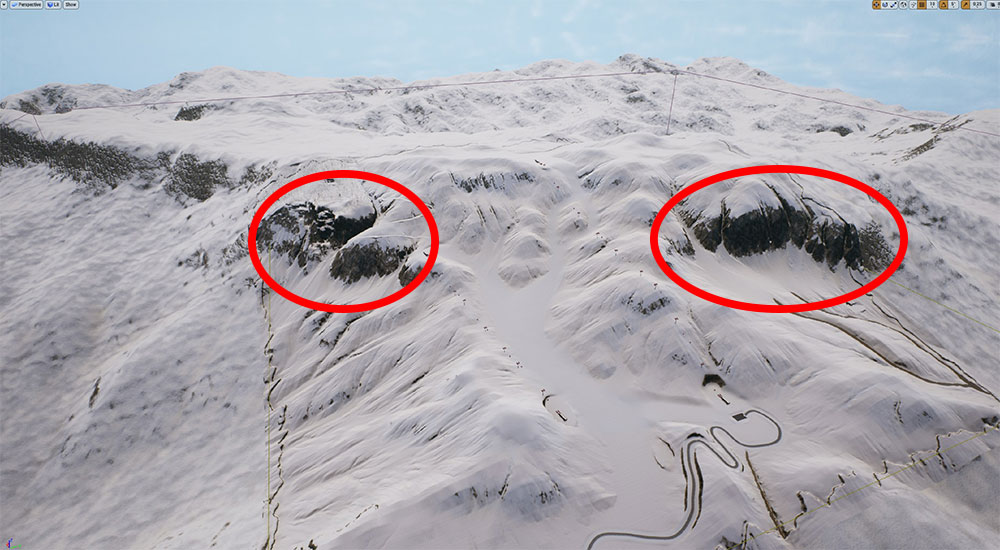 Those cliffs are the ideal setting for climbing paths, however when players are up close the effect is really sub-par with the rest of the level, since everything is really flat (being an area where the slope is really strong):

You can clearly see that the landscape is flat and the material itself cannot compensate for the lack of ledges and bumps. Given the fact that the landscape there is mostly vertical, ledges/bumps cannot be built. The standard approach in level building would be to add cliff/rock meshes in the areas where the players can go, however from afar you can clearly see the areas where those meshes are set, hence ruining the overall effect of the cliff when seen from the rest of the level.

For this reason, I’m trying something unusual. The idea is to use an additional landscape for the cliffs, rotated 90 deg so that it becomes vertical. In this way, the cliffs can be sculpted to the liking and even crazy things can be done, such as caves and indentations in the rock: 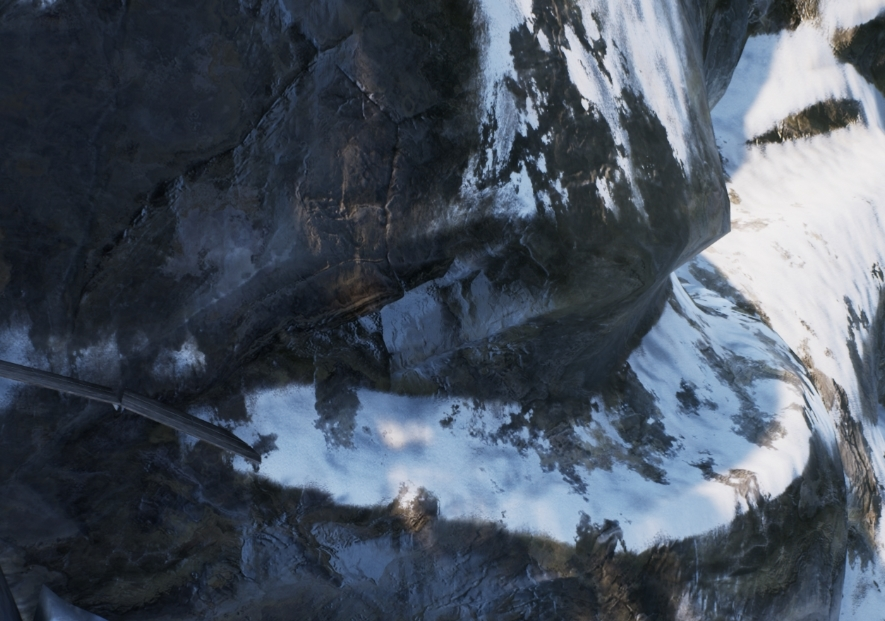 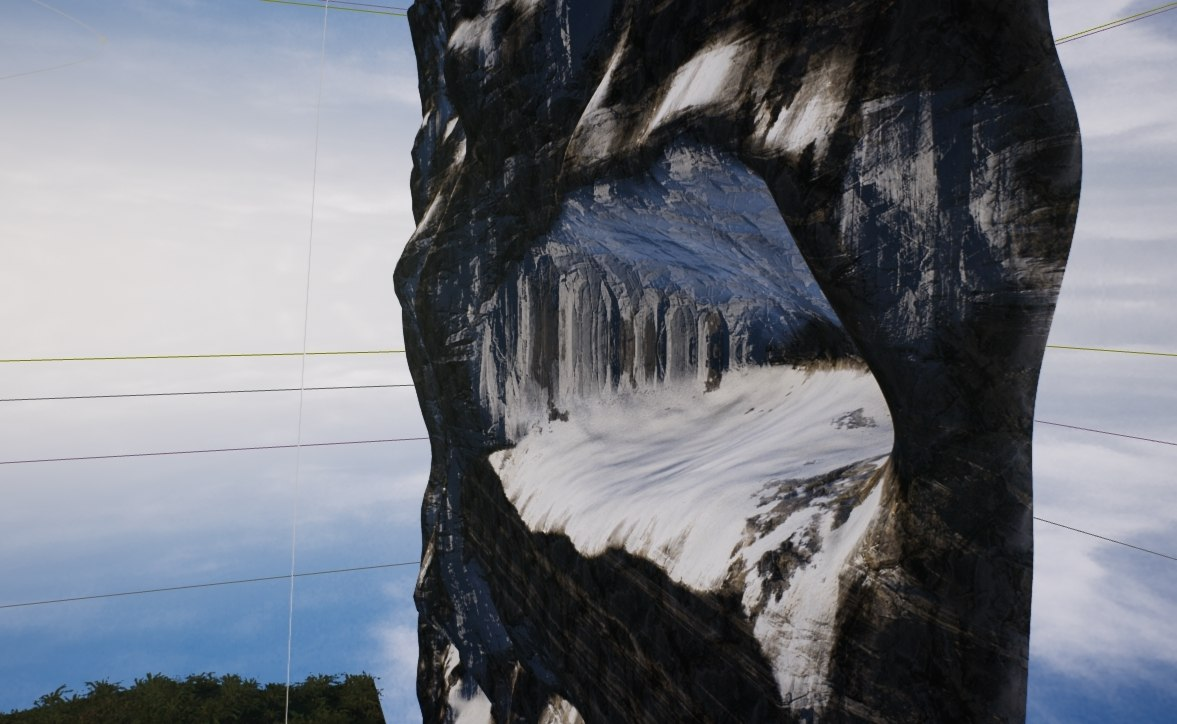 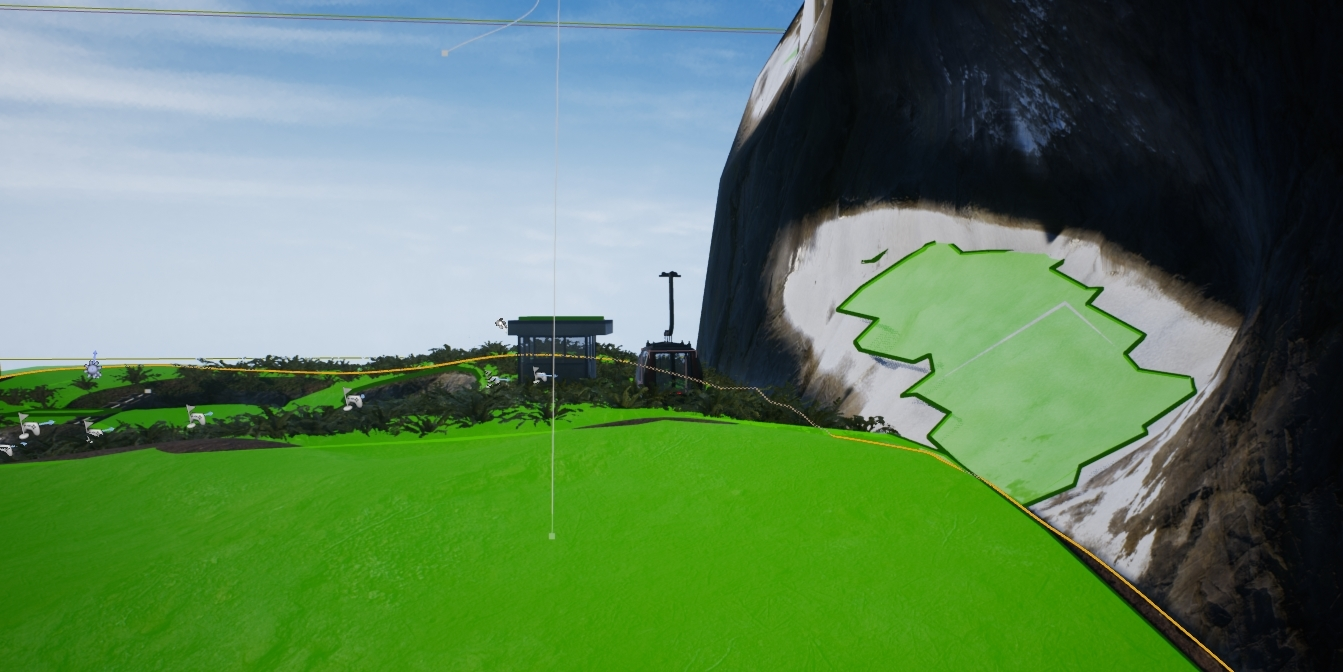 This opens up a whole new world in level design.

I simply want to ask to gurus or anyone who has been down this path before: do I need to be aware of any potential unforeseen consequences to this approach? One option would still be to export the vertical landscape once done and reimport it as mesh, however why not just keep it in there?

Any input warmly welcome. I hope this isn’t uncharted territory and I can safely go this route.

Interesting idea. In general, landscapes are typically used to cover a large area - where you can lod and tesselate pieces based on distance. For smaller pieces, it is much more typical to use a static mesh as you said.

What exactly do you mean by “from afar you can clearly see the areas where those meshes are set”? Is it the blending between mesh and landscape?

I mean that if you only cover relevant areas with meshes, the rest of the cliff is quite different to the eye, even at distance. So I’d have to cover all of the cliffs with cliff meshes, and it’s quite a large surface (each one is around 600m x 800m). Also, I’m not sure that the result would be as great as having the vertical landscape, which really is good looking… But not knowing of anyone else going down this route, or whether rotating landscape is considered while developing the UE4 engine, I’m not sure if I would be hitting a weird wall somewhere along the route.

Hey I just came across this post, curious as to how your idea turned out. I’m having trouble with stretching on the verticals and have been looking at using static meshes.

and have been looking at using static meshes.

They perform about 300% better, So I’d stick to those.
In reality, so long as you process the sculpted landscape(s) and turn them into a mesh they will do fine as well.
The problem for rotated/positioned 'scapes is that you have to un-rotate them to get the imaging to work when you convert them out to meshes. A bit of a pain to be sure.