Hi, guys, I watched last year’s review event and I got so excited to see the new scripting language.

I knew that it was in the work, but for a couple of years and I’ve been wondering why it was radio silent for such a long time.
It was such a relief that I saw Epic busy working on it and we will soon have access. hooray~!
My concern is just that by the time it is announced, it might be a little too late to make any changes, due to fundamental architecture modifications.

So I would like to start a discussion so that Epic guys know what we expect from them.

I know that the new IL has roots in SS (SkookumScript). As a scripting language, SS was very powerful and versatile with some minor quirks.

As a SS review, here are my observations.
Highlights of SS.

The expectation from the new IL.

I think that’s all I have to say at the high-level and please feel free to add your request or to discuss.

So I would like to start a discussion so that Epic guys know what we expect from them.

This isn’t 2014-2016 dude. Epic are unlikely to look here tbh (maybe UDN or the Twitter-sphere or elsewhere). That said…

I hope this isn’t a complete necropost yet but I would just like to show how excited I am about the prospect of a new scripting language.
Of course I would not want to do away with Blueprint as they are very accessible even for people with no programming background whatsoever.
That said, they are not a very good tool for building a more complex game logic while the iteration times for C++ (create decorated headers and implementation, handle all sorts of cryptic template errors thrown on compile time, recompile restart editor) are abysmal.

So what I’m looking forward to:

I think Blueprint is a wonderful language that has it’s place but I’m really excited about being able to write code again.

Visual scripting was great. If Verse will be instead of blueprints… good bye Unreal… If i compare Uscript (that was horror!!! :-D) with blueprints… Productivity in blueprints was 6 times shorter (maybe more and much better for teamwork). In the visual scripting I have better overview about overall vision, while the code cannot be said that way.

Visual scripting was great. If Verse will be instead of blueprints… good bye Unreal… If i compare Uscript (that was horror!!! :-D) with blueprints… Productivity in blueprints was 6 times shorter (maybe more and much better for teamwork). In the visual scripting I have better overview about overall vision, while the code cannot be said that way.

UE4 C++ may have negated the need for a dedicated text-based scripting language. After working UE4 Blueprints for a few years, I’ve come to appreciate Visual Scripting. Blueprints have really matured, and I think at this stage, the implementation of a text-based scripting language would be going in ReVerse. Unless it is the Visual Scripting Language too. For example, UE4 Blueprints uses text formatting to copy/paste. The BP-Text can be edited in text-editor. I’ve performed batch replacements using the method of copy BP to Text, edit Text, copy/paste Text to BP with changes.

If anything, visual scripting should be getting even more visual. Perhaps support a WebMedia Node to display Webpages, Images, Videos, Play music/sound within the Eventgraphs. I’m ready to go beyond basic Comments and would love to eliminate breaking my code emersion to go into apps for info. If we really want to push the limits, I’d vote for 3D Blueprints. We can already build levels in VR collaboratively in UnrealEditor, might as well be able to script logic in VR collaboratively in UnrealEditor.

It was very exciting to see the unveiling of UE5 yesterday but at the same time, it was very disappointed that there is no mentioning of the new scripting language. Last year’s video got me very excited about Verse. Yeah, I know. There are some haters but this thread is not about if it’s better than BP or not. I just wanted to discuss if we are going to get an IL and what we would like so that Epic will take them into the consideration before it’s written in stone. However, it’s not even part of UE5 yet. For people like me, the wait is too painful and we don’t even know what we are waiting for.

First, sorry for my poor English speech, is not my native language.

IMHO, Epic must think about small teams. Need deals with a long term “ignored” fact: a small team can’t manage heavy programming (C++) in PROTOTYPE phase, nor programmers in a small team have to behave like artist with a tool (Bluescripts) . (BTW don’t matter the size of team, the programmer is always more productive with a scripted textual language for PROTOTYPIING).

Once Skoomscript is not supported anymore in recent Unreal versions; Unrealjs and Phyton are suiteable only for Editor and automation tasks; and Lua and Haxxe need compilation all the time, we small teams are putting heavy expectations in Verse.

IMHO, This misconcept “Blueprints for prototypiing” is about to be resolved by Epic: Verse is the answer? It seems Verse will be a language for rapid prototyping, good! If Verse can be transpiled to C++ (in build-time ony), excelent!

Also, it seems Verse will be like Smaltalk, which syntax is easy absorbed for small teams.

So, what we need now for real? We need a serious ROADMAP, MILESTONES, for Verse, from Epic.

Can we have big expectations about Verse? Please, Epic, publish some plains, some dates. Let we know if Verse will resolve small teams needs.

Can we have big expectations about Verse? Please, Epic, publish some plains, some dates. Let we know if Verse will resolve small teams needs

It was very exciting to see the unveiling of UE5 yesterday but at the same time, it was very disappointed that there is no mentioning of the new scripting language

Dear Santa Clause Sweeney @ Epic North Carolina Pole…
Any hints at all if VERSE is coming on this years’ sleigh?
(160+ shopping days left but its usually best to ask early).

I am waiting for verse, so tired with spaghettis code of blueprints, and constant mistakes with pointers in C++. So any news on VERSE?

Why do you guys want a scripting language?

To be clear, it sounds like an incredible waste of time

Tell that to the Fortnite team who are using it already, or the millions of devs using languages like Lua, Python, and Javascript…

Mate, are you kidding, read the context, we are talking about UE.
I said it sounds like an incredible waste of time, i mean it, for the devs to develop it, just get out of your laziness and go learn code for real.

With all the respect of course

Tim Sweeney (deleted user in this discussion) disagrees with you - Reddit thread where he chimes in.

I am a software engineer already, but please do go on about how I need to “learn to code”. I just recognise that C++ isn’t always the best choice, especially in the prototyping phase. I’ve dropped as low-level as ASM before (not that I’d recommend it, but it was fun in its own way).

Most game engines support scripting languages as well, which is why Lua exists as a whole. 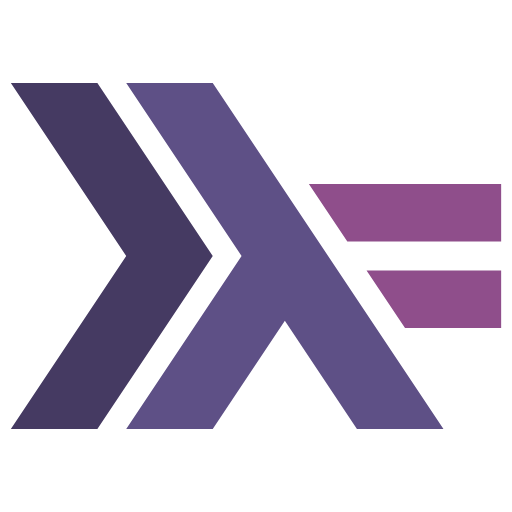 An Epic future for SPJ

As you may know, I am leaving Microsoft Research at the end of November. Time for something new! I am going to start a new role as Engineering Fellow at Epic Games in December. Epic is doing all sorts of interesting things – not just games but...

Simon Peyton Jones FRS MAE (born 18 January 1958) is a British computer scientist who researches the implementation and applications of functional programming languages, particularly lazy functional programming. Peyton Jones graduated from Trinity College, Cambridge in 1980 and went on to complete the Cambridge Diploma in Computer Science. Peyton Jones worked in industry for two years before serving as a lecturer at University College London and, from 1990 to 1998, as a professor at the Uni...

I wonder what that means to the design of the new scripting language.
Functional language is cool in academic settings but in games?? Sure it will help concurrency. But games are all about side-effects and in the pure functional world, side-effects are non-citizen.
Besides, I’m worried that it will further delay the already delayed introduction.
Hmm…

And there are more benefits to script:

Purely functional language would be unusable for fast prototyping (unless it’s Haskell with monads). Language for gamedev would need to support both styles, because imperative style is convenient one half of tasks and functional style for the other.

Functional stuff such as first class functions, maps, folds, etc would be very nice to have. I envy Unity programmers with their LINQ, it’s so good, fast and clear way to do stuff over collections, C++ gets much more verbose. And Blueprints just get nothing because a lot of features are missing.
It’s so good that they got Haskeller for this job, I can’t wait for more updates.

Scripting language is obviously needed because it’s text (git, multi-cursor editing, fast search, shortcuts, and so on and so on)

What I worried is that Simon would try to make Verse more like pure functional language where it doesn’t fit the bill.
One example that comes to my mind is Lisp vs Clojure.
They both look similar and people are saying Clojure is the modern Lisp but they are totally different animals.

However, having additional functional API support like Linq would be really cool.

The last few replies here have been disrespectful to be honest. Sure he created probably the most popular functional programming language, but that doesn’t mean everything he touches turns into a functional language! For what it’s worth, Tim Sweeney has been a (public) proponent of functional languages for a long, long time.

Things he likely would be working on would be compiler efficiency, language safety, concurrency, and of course performance. BPs themselves are fairly functional at times, in more of a visual way but still