Hello,
I’ve seen the example with a character blueprint that go to a target point using a Nav Mesh Bounds Volume.
I’d like to know if it’s possible to use that sort of AI with a vehicule ? I’ve tested (see screenshot), and there is no error… but there no move !

Have you made sure to enable input on your vehicle if it is not a player character under your control? If it is not your specific player pawn you must make sure that “enable input” is set to true to be able to use keyboard/mouse inputs on it.

I think… here is the detailed configuration: 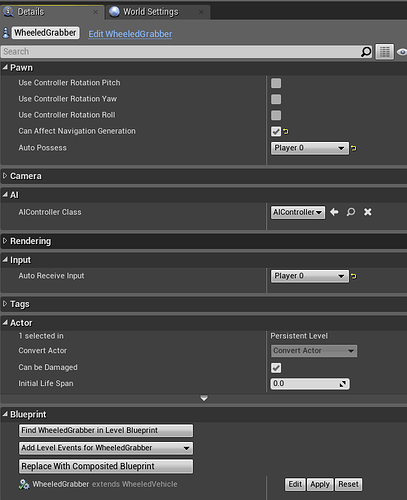 I’ve found that on forum: “First, wrap the same commands as the player. The key input should invoke methods, which the AI also does, except it doesn’t make input but decides which function to call. So it can accelerate, brake and steer.”
I don’t know what it is … i’ve to map invoke methods ?

I’m not certain about that. What I meant, however, was in your event graph, create an “Event Begin Play” node, and from that node create an “Enable Input” node with the target set to your player controller.

I’ve tested, but there is no difference. The vehicule receives my inputs, but is not able to “Move to Location” 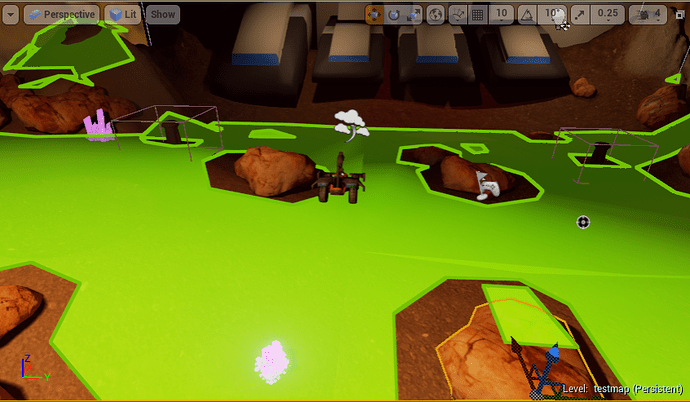 Oh ok, you are using a navmesh system. Try this tutorial and see if you can extrapolate some data from it, perhaps there is something that will help you:

Ok, i’ve already test the AI Tree to program the Bot Brain, but the problem occurs much earlier: the simple “Move to Location” doesn’t function with WheeledVehicule, isn’t it ?
WheeledVehicule is not a character.

Vehicles dont work with Navmeshes and other humanoid character AI functions. So you’ll need to create your own vehicle AI. Peter here has a basic vehicle AI BP that you can use as a starter and improve on that.

Thank you, I’ll dig into that direction