Lately I was trying so hard to learn about car rigging, making car drivable, playing with physics and so on. However, I’ve found on YouTube video called: “Driving Around: Exploring Chaos Vehicles | Feature Highlight | State of Unreal 2022”, where guy at official UE YouTube channel was explaining complete process of rigging car and making suspension working. Anyway, I’ve rigged my own car with some suspension parts as well, rigged and exported to the UE. After so many hours spent, I was unable to make my suspension to work. It was always static and it wasn’t reacting to any terrain bumps. Here is the video with timestamp at suspension rigging. I assume I’ve made mistake during car rigging, so I will leave screenshot of my rigged wheel with upper and bottom control arm, wheel hub and wheel. 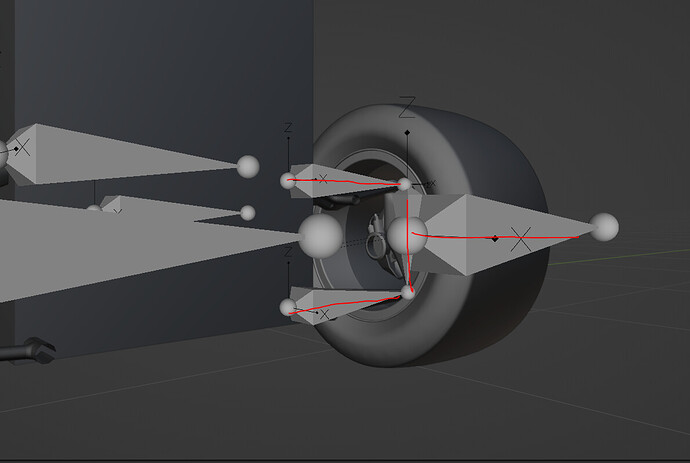