I would like to introduce you to my project, which I work on with a small team.
Vaduun is a 4X space strategy game for the PC. We will integrate tried and tested but also completely new game mechanics into the game.

At the end of February we went online with our project: www.vaduunlabs.com.
VadunLabs is (still) not a developer studio in the actual sense. It is an interest group on the topic of game development.
In addition to our game project, we also have tutorials on our site for the Unreal Engine 4. Still everything is in an early stage of development and you are welcome to support us.

This forum and the tutorials of other developers helped us a lot. Since our game is mainly programmed in C ++, I would especially like to thank Rama for his C ++ tutorials.

For the game Vaduun there is only a basic concept. As the development should be very comunity-oriented from the beginning, I want to work out with you the details.

Wow! The shaders look great! Reminds me a lot of “Mass Effect,” aside from those games’ screen grittiness/sand.

We try to achieve the best graphics as possible. Personally i am not a fan of pixel battles with comic style ships.
Therefore Vaduun will have dark realistic graphic style.

Mass Effect is a cool game, but it has no ingame space battles.
However the final cinematic space battle of Mass Effect 3 is a epic example.
If we can achieve this quality for ingame battles, it would be milestone in 4X strategy game history.

Untill then we have a still lot work to do and we are grateful for each comment or idea.

:pI like these rail - or gauss canon which fires at the beginning of the battle… i will implement a similar weapon for the next video, which also demonstrate the penetrationsystem of the damage model. 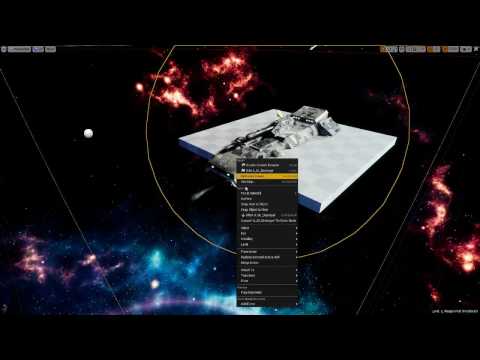 As promised, I and my team added new weapons to our project.

Thx aman and mass effect for the inspiration

Did you use SpaceScape to create the skybox? Looks great!

We use the Skybox from the SciFi Bunk Content Example. For creating sky box cube maps we use of course SpaceScape.
It is a great and easy to use tool.

Nearly all effects, except the shield and damage effects, are based of content examples - so thanks to the Epics’s Team

If you have further questions or ideas - we are grateful for any inspiration.
Our next goal is to implement flight physics and the user control. There will be the possibilty to control your fleet like a classic 4X strategy game and to control the ships directly like in Nexus - The Jupiter Incident.

Also the other game parts should support different play styles.

Greetings,
We have implemented a first prototype of the user controls and user interface: 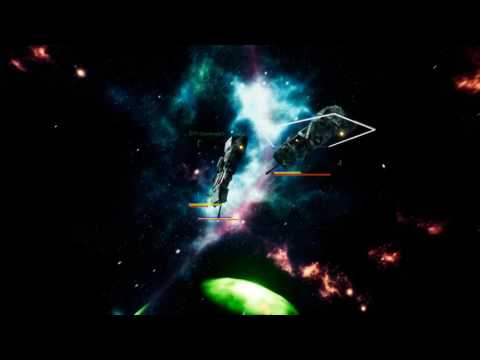 I lost the first battle against the AI, some other matches i won. The damage system makes battles really diversified. The damages are not only visual if you hit a damaged part, you will cause more damage.

The last week we were busy with the database. Since the Unreal Engine 4 does not have its own complex dynamic data management and we did not want to implement an external database system, we developed its own database scripting language.

It is strongly based on C ++ and offers the basic functionality of SQL. The most important feature are references \ pointer to existing data to avoid redundancy and to implement dynamic data management. In addition to standard queries, mathematical queries are also supported, so you can calculate the sum or difference of values ​​and combine them with other queries. The files are simple text files and can therefore be edited with any text editor. Binary files will be supported in the future to reduce the load time.

Here a example of the script code:

We are still working on the weapon editor and want to complete an initial test version untill the next week.

The work on the weapon editor shows us that we still have a lot of basic things to implement. In addition to the database, a flexible and complete user interface is also required. In the last week, we have started to implement such an interface. 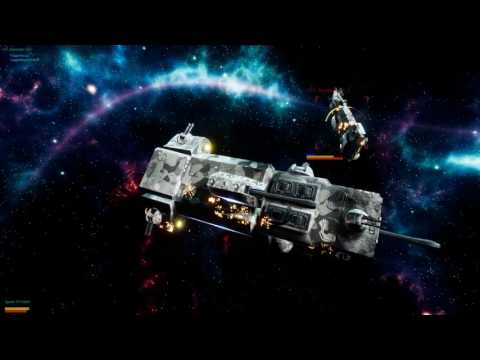 The development paused two weeks, so we have not published weekly development reports.
Since last week, however, we are again busy preparing a first playable prototype.Unfortunately, we have to move our schedule, until the end of June, we want to implement everything necessary for a playable version.

We have now inserted all types of basic weapons into the game: Besides projectiles and beam weapons, there are also missile launchers as well as the point defense version for all weapon types. In the video of this report, we also show the improvements for the damage model. But there is still much to do here.

Since we have now inserted all the basic weapon types, we can continue working on the weapon editor. Until the next development report, we want to complete a test version of a “weapon lab”.

Nice spaceship designs but from afar they look too clean and shiny, in my opinion of course. In any case, interesting project. I love space games.

It looks real nice keep it up