Using UE4 for Animation NOT gaming

There are no best project settings. If you just want to make animations, Unreal Engine probably isn’t the best choice anyway; try Blender or something first.

No special project settings. You can start with basically any template.
If you want to use Live link to get facial animation enable the related plugins.
Enable take recorder and movie render queue plugins as well.
Load up control rig mannequin or create a metahuman and use the control rig.
Use sequencer to build animation shots and render them out or playback directly depending on what you want to do.

@jmancoder Thanks for the reply. Actually I have purchased the Rokoko MoCap suit and have the iPhone 11 for face animation. I also have Maya and Reallusion entire software package but don’t want to use iClone for my animation. I will be animating inside Unreal using it as the movie set (so to speak)…that’s why I was asking. I figure with control rig I should be able to clean up or customize my motion capture. These people exclusively used UE5 early access to make this https://www.unrealengine.com/en-US/spotlights/the-eye-calanthek-explores-real-time-filmmaking-in-unreal-engine-5-early-access

Curious about the purchase - if you have it already. Have you used it? Is it any accurate?
If you haven’t received it yet, the new version looks more promising then the old one did.
Hopefully they manage to stick to the delivery time

I would suggest you try to set up directly in Blender for recording.

There’s really only downsides to recoding directly in unreal. And the only plus side I can even think of is that you get to see a fully lit mesh.

Still. All of the bones will not be as accurate as they should be if you were to use any of the actual software that’s meant to create animations. Because of the skeleton retargeting settings.

This can be flipped around and become beneficial. Say you are animating animals by moving like them, it could possinly allow you to keyframe bones perfectly by forcing the skeletal matching instead of following the animation bones too closely.

If be curious to know what you think of the hardware and your experience in any program after you try it.
So far, on this forum, no one really said much of anything about the quality of the produced animations (though I don’t think anyone has mocap experience with camera driven mocap to even know what the difference may look like anyway).

Well if you have iClone you could use Live Link

The problem with iClone (Reallusion) is they want an additional $900 for the Rokoko plugin to work in iClone…when it works everywhere else for free! And now with there updated CC4 and IC8 I’m not sure if they will support their CC3 and IC7 products to the fullest moving forward. But EPIC and UE4/5 has always supported indie developers and I believe UE5 is going to be a game changer for animation!

I will let you know what I experience! I am planning to try the suit (V1) with the 4.27 version of UE4 later today! CROSSING MY FINGERS FOR LUCK!

ASC used Unreal for rendering, but most of the stuff that you see on screen ( character animation ) is done with a Xsens suit and Stretchsense gloves, where the creature ( available on the marketplace ) has also been mocapped and the control rig has been used for some layered animations on top of the mocap ( I think mouth and extra limbs ).
If your idea is to use just Unreal, like cleanup and so on, I think is too early for this…Control Rig is pretty cool, but is not yet there regarding functionalities and tools to 100% replace Maya/Blender/MoBu.

Also, you bought an intertial suit, which is a huge pain to deal with, especially because is not very precise and require tons of cleanup, so good luck with that.

Keep us posted, I’m curious to see what your journey will be with UE5.

I definitely will keep you posted! I just imported a CC3 character into UE 4.27 to give it a spin using the Rokoko Smart Suit Pro.

The problem with iClone (Reallusion) is they want an additional $900 for the Rokoko plugin to work in iClone…when it works everywhere else for free!

And that is yet another reason I can’t recommend iClone on a indie budget.

I know…I spent more than enough and still not able to use it 100%…SMH!

Who is it that wants the money? Rokoko or Iclone?
I don’t use realusion stuff, because I really have no need for it since I do it all myself. But they do seem like a money pit more than anything else…

Who is it that wants the money? Rokoko or Iclone?

Well well as a comparison for MotionBuilder there is a device plugin available for free from Rokoko and of course the Live Link from Epic, for free, gives you a solid mocap pathway with out additional cost. MotionBuilder as compared to iClone was built as the front end for motion capture devices and the ability to animate my hand is only an additional feature the is usable by extension and is not a key feature.

I don’t use realusion stuff, because I really have no need for it since I do it all myself. But they do seem like a money pit more than anything else…

Realusion becomes a money pit as they charge per module depending on the desire output.
Hooking up to a mocap suit for example with MoBo most hardware solutions usually “comes” with the device driver that includes the necessary relationship constraints.
As well Realusion charges you for the ability to export to FBX via the required 3d Exchange for an additional $500 bucks that you need to add on top of the export fee included as a purchase of “Realilusions” product line.

Just for the make it work kit the total looks to be $1200 dollars and gets worst once you get into device drivers.

Makes you wonder how they even stay in business.

The quality of the final item is about the same as if you hired 3rd world country workers.
And you still have to pay someone or put time into the model on top of the rather exorbitant fees.

Yes, Realillusion tries to keep a walled garden approach. As mentioned they charge you a lot to be able to export anything out of CC3 or iClone to use in Unreal or other packages. I think we’re used to software that includes basic export of common formats. Also, any of their marketplace items have 2 different prices. A price if it’s to be used only within CC3 or iClone and another higher price if you plan to use it in any other software package.

Unfortunately Reallusion is the only one that does MoCap Live into Unreal with my Rokoko smart suit and their Visme mouth/lip syncing is the beat I’ve seen so far. Maya is supposed to have a live link to unreal but it’s still in the works I believe.

I don’t know if you are looking for options but to add to the conversation in general.

For mocap in general it’s my opinion that MB leads the way as it is used by most studios as the application of choice for many reason to long to list. In context of the Rokoko Suit the thing is RealIllusion tries to make things easier and in most cases that is what you are paying for. MB on the other hand can be a bit complex in the initial setup but most hardware suppliers makes the job easier by supplying the device driver or plugin to make the proper connections.
Rokoko MotionBuilder Plugin - mocap livestream workflow w Smartgloves, Smartsuit Pro, Face Capture - YouTube
This sets up the the inputs from the suit to MB.
From there you can output the data to any platform that supports the live link plugin from Epic.
LiveLink MotionBuilder Test - YouTube
You could of course bypass iClone or MB and got direct.
Rokoko Unreal 4.25 plugin - mocap livestream workflow, Smartgloves, Smartsuit Pro, and Face Capture - YouTube
For facial animations you just add another layer for facial capture but personally I make use of the included voice device that converts audio source to animation
MakesYouTheGoodGuy - YouTube

All this might become moot depending on what Epic does with their control rigs as control rigs is the way to do any kind of mocap or animation authoring.

The trick though is context. Depending on the purpose and end result would and could change the pipeline that I assume you are trying to figure out. Are you just playing around or have a project in mind?

Since we are spitballing.

Rokoko has a hook up for live link into blender.

Why not try to live link blender to unreal? with the ■■■■ plugin by epic?

IF we were talking professional, you wouldn’t even consider using unreal to do much of anything - not even what it’s supposedly strong at (which of late is literally NOTHING).

Thank you for the detailed reply. I have a project and I’m having to wear all the hats so the pipeline needs to be streamlined as possible. I like Unreal for the real-time rendering and all inclusiveness it offers with it’s toolset including Megascans, RTX GI in UE4 and Lumen in UE5, Sequencer and Niagara…just to name a few. I’m very comfortable in Maya but more so as a modeling tool, I’m not very savvy with Arnold. iClone is cool but the look of the final product is lacking compared to Unreal plus to be honest the studio tools (Camera, translation, rotation, and scaling) are sub par compared to the other programs I’ve mentioned.

Bottom line I purchased Character Creator to quickly create nice looking humanoid styled characters, Marvelous Designer to create clothing, Zbrush and Substance Painter for texture details, Maya for modeling everything else, and the Rokoko Smart Suit for MoCap, Davinci Resolve for video production/editing and I intend to use Unreal as the place where it all comes together!

I think I’m just going to spend the extra $599 and get the Rokoko Live Link plugin for iClone and stream live from there. This is a preview of my WIP. 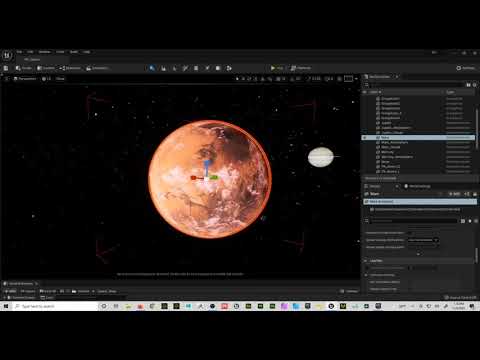