Hi, I want to use root motion animations for my locomotion and build controller for that. I’m using Movement Animset Pro. The problem I have is I can’t calculate a direction to start movement. I have blendspace for starting animations in directions from -180 to 180. I don’t want to use Use controller rotation because rotation should be animated by starting animation so I turned off Use controller rotation and now, I think, the movement stars in very random direction. to calculate the direction I use Calc Direction function.

Not sure of the question here.

Root motion goes in the direction it is pointing and should always be pointed in the direction where it will exit from the current state. Sometimes you will want to turn on controller rotation and sometimes turn it off when not needed (turning is a good example because you would want the camera to tag along with the root).

You can loss orientation as to what direction the root is facing but you can add an arrow entity linked to the root but what kind of control as to the end result depends on the camera perspective (FPP or TPP?)

So, I’m making a top-down tactic shooter. My Player have a few Characters to controll. He can pick one and click on the ground to give movement order for that character. I want to use root motion animations because they are very acurate.

There is my scenario i want to accomplish: 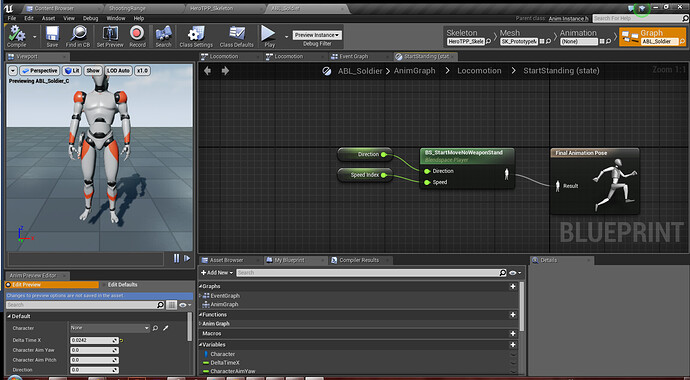 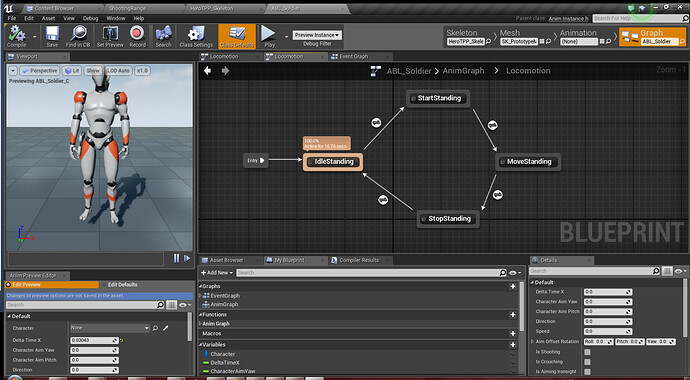 Humm it looks a bit confusing to me still. Root motion “is” the data set that determines speed, direction and velocity so in theory ground movement could be done 100% with out inputting or outputting to the capsule which is really just a “get it moving” feature.

Why it might not be working is your trying to glue the root back to the capsule and telling it to move the character yet is still being told to glue it’s self to the root. Since you want to do it all using root motion then you don’t need to get or set the direction or speed and instead tie the location of the direction that you want the player to move as valued based Montage or blend space.

If you want to have that level of direction control then you will probably need to get and set the “root” node and not the character reference.

If you want to have that level of direction control then you will probably need to get and set the “root” node and not the character reference.

And i can manualy rotate (generaly controll) “root”? Interesting