UserWidget: How to see the variables(spawn exposed and instance editable) in editor?

Hello everyone,
a Newb here, how can i see the exposed variables of a child widget in editor?
I can change the image in “Skillslot1” easily. i can do it in the blueprint of “charactersheet” where i wanna put 100 of these. But i cant see these values in Editor.
The Accessibility tab doesn’t seem to do it. 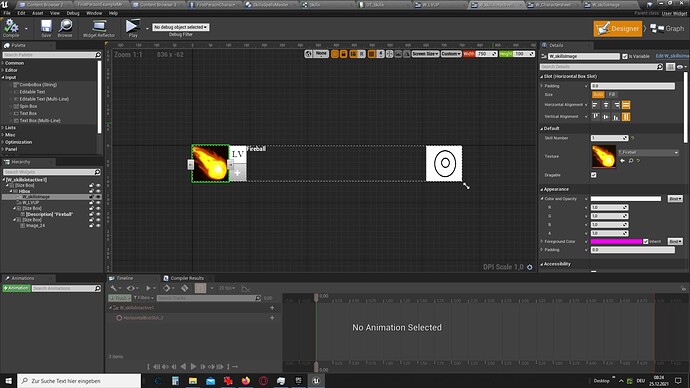 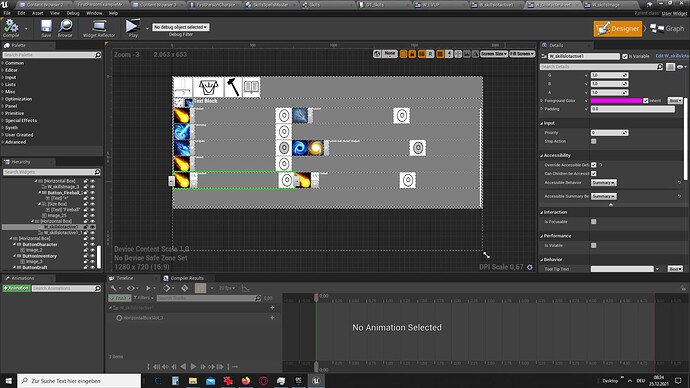 Edit: i tried to clarify my question, i didnt know that it was called a user widget.

Accessibility has nothing to do with it. The only way to set those variables in the editor is by creating them on the parent widget and passing those to the child.

So if you want to change the texture on W_Skillsimage from within the character sheet widget, you have to create an exposed texture variable in W_Skillslotactive1 that gets passed to the skills image widget. That one you can easily change in the parent.

In general, exposed UMG variables are exposed only to the parent in the editor, not the parent’s parent.

EDIT: Slightly off topic, but since you write you’re a noob, Accessibility deals with settings for people with disabilities, not with “accessing” variables.

Many thanks for your reply, you solved my problem.