I have stuck in this problem from last 2-3 months. I have done everything else but not this. I have some box blueprint that i have already placed on the floor. I have a spawned blueprint that spawn box after button click . i want to push the previous spawn boxes when new box spawn. But it is not working either new box spawn upon the previously spawn box or push block so hard that it go out of screen. If i use trigger for detect all box actor that overlapping it and move forward using timeline before spawn another then the problem is that if there is space between the boxes then that box also move forward as shown in the pic.]I want to spawn actor as spawn in the game press to push. ![alt text][1
![alt text][2] 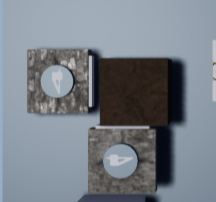 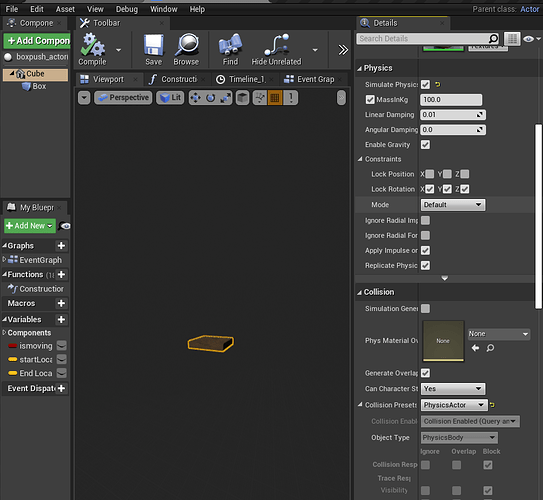 times in your own threads. Not sure what to say, I remember multiple people providing examples of how to do it… None of them were useful / did what you needed? I felt we’ve gone through all the potential solutions.

If you do not want me comment on you threads anymore and seek others’ input, do tell.

Yes, i already have asked this problem two time but i do not get solve my problem. The problem is that if i move the previously spawn actor before spawn next actor then all the actor moves if i press button even after it move away by conveyor belt, or pushed away by actor. It keep moving .

I want a box actor that i pushed with my actor and move on conveyor belt. I also want to spawn box actor and spawn straight forward some time i spawn one box or sometime i want 4-5 at a time.