When selecting a component in a blueprint, any categories that also have subcategories will appear in the details panel along with the component’s details. This was occurring in my own project and I was able to reproduce it in a new Third person project (though an empty one should also work).

Details panel before adding the variable: 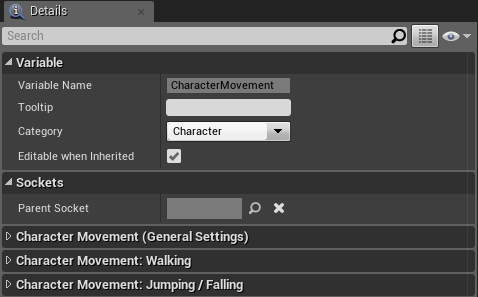 Details panel after adding the variable (step 3):
Note: the “CustomCodeCategory” was added in the BP’s base class to test if it happened from code too. 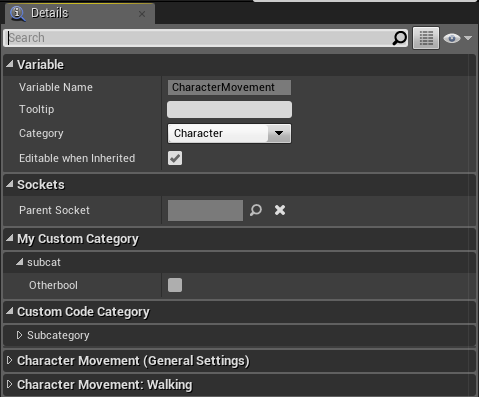 I was able to reproduce the behavior you described and have entered the report UE-34536 for further investigation. As a note I only noticed this when selecting a default component, components that are added after the blueprint is created don’t show the variable. You can view the status of this report here: Unreal Engine Issues and Bug Tracker (UE-34536)

By default do you mean inherited? Because I tried it with a custom component that is created in the base class and it also occurs. Only when the component is added from blueprint does the reported issue not occur.

The report is still unresolve as far as I can read. Is it plan to fix it for this version in a patch ?

Have a nice day
Dino