When using C++, compilation times are horrendous. I have to wait sometimes around 4-5mins.
My laptop supports a maximum of 20GB RAM. I am confused as to go for 20GB RAM or 12GB RAM + 512 SSD. I do intend to work on some level designs.

I did read some posts on this forum and seems like 16GB RAM should be the minimum requirement for good performance. I am really confused.

I have 32 Gig ram on my pc. And The demo for Ue5 The Ancient One Game, requires 64Gig for best performance , else some features are disabled for my 32gig system.

Unreal Engine is not for laptops, except some very expensive laptop. Unreal is really for Desktop Power, and my high-end desktop struggles, even crashes, so i save my work a lot.

My system is 4.4Ghz on 1 Terabyte SSD with 32Gig ram. And i struggle in some places, especially the Ue5 demo. And yes C++ builds in Visual Studio too takes ages sometimes, more than 5mins.

So using laptop, means you forget what you were doing by the time processing is done.

As robotics engineer i have used a lot of PC tools in my career and played a lot of games , but i have never seen anything as power hungry as Unreal.

This tool is built for high end Desktop PC in order to get the most out of it.

Well… I run a threadripper 2950 and 64G ram with about 8T of NVMe (thank-you threadripper for lanes) and about 100T of spinning rust. So I can’t say I empathize.

… that-said… if you’re paging, you’re aging. Paging is only mildly tolerable when you’re switching from one application to another — but if your active set is paging — well hopefully you’ve also got a good (paper) book to read.

maxing out your RAM probably makes the most difference.

My laptop supports a maximum of 20GB RAM

Hopefully you are wrong about this. Ram is always set up in pair and has power of 2 values.
To get to 20GB you’d have to mix sticks.
Mixing sticks used to (no idea if this is still true, it’s just something we don’t do ever) lead to performance loss.

If you have 2 slots for ram, then the most you can get is probably 32GB

Otherwise the max would probably be 16GB…

The 512SSD also makes little to no sense.
If you plan to work with unreal on the laptop you probably need at least 1TB for unreal to work alongside the OS.

And your GFX won’t allow you to load most map levels (4GB Vram minimum on most things).

Given he says his choices are 12+ssd or 20, I suspect he has one stick of 8 OR 8 on the MB (fixed). Then he’s proposing to add a 4 or a 16 in a single slot. Lots of cheap laptops have memory on the motherboard. I suppose he’s lucky to have a slot.

The question is: with 20, does he get 16 of dual-channel and then another 8 on single channel… or is the chipset dumb and it comes out as all single channel?

… but questions like these aren’t easy for regular people to answer.

Given the two options, I’d still max the RAM. Single channel sucks, but not as much as less RAM.

You mention the minimum to get “good performance.” I don’t think you’ll get good performance for UE4 game dev from that laptop no matter what you do. You might get to “OK,” but you’ll always struggle with performance. Your money is better invested in a desktop.

In laptops, everything is different, although it should be the same. Motherboards and graphics cards have a different structure and individual solutions. You’ll kill that laptop in six months - when it comes to temperatures. You must have a normal PC i.e. normal motherboard, normal ATX power supply, normal and normally cooled graphics card … same with CPU. I feel sorry for and admire the enthusiasm, good luck.

When using C++, compilation times are horrendous. I have to wait sometimes around 4-5mins.

I think you should get a gaming laptop or get a pc. Upgrading ram and ssd doesn’t really help.

Processors and more … in laptops are scalped. The same goes for graphics cards. These are not full-fledged desktop processors … for example, instead of four cores there are two.

There are more differences between a desktop computer and a laptop. You can’t cheat the laws of physics.
Where there is more efficiency, there is always more energy consumption and more heat. It is a relationship for which all kinds of cooling sections were created … and new solutions are constantly sought.

A laptop is suitable for playing games, but not for creating them. There are solutions to support this approach, including GearBox 500 Thunderbolt™ 3 eGFX Enclosure

In my opinion, the very concept of using a laptop as a multimedia combines to compile such complex calculations and so many variables is a fundamental mistake, it is absolutely wrong in every option …

For many people, this belief in using a laptop for such purposes came from practical design offices for construction. Constructing, designing a building or a house for someone in a visual form is not a challenge for the equipment … the more so because ready-made templates are used.
This is only a small fraction - a scrap of what UE4-5 can do.

Many people think that it is enough to turn on the proverbial laptop, eg a Mac and in an hour … sipping coffee and crunching a cookie … make a good game.

Your processor has 2 cores and 4 threads. Also very low TDP. That means an i3 desktop released 5 years prior will have better performance. You need at least an i5-3470 (try for an i7-3770), 16GB ram, and an ssd is also very important. All these are desktop components and are far cheaper than your laptop. 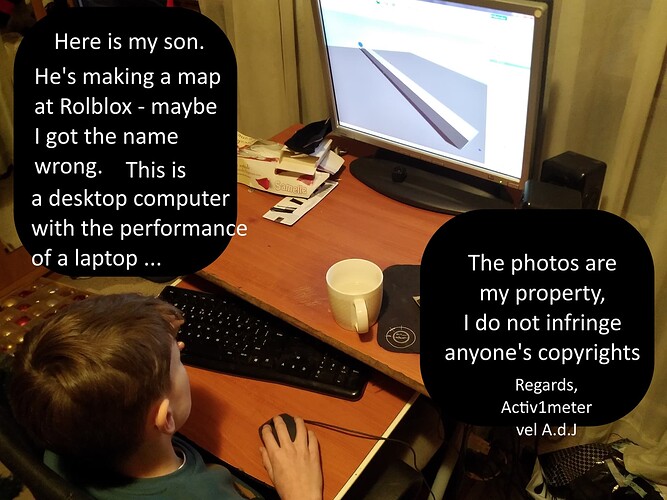 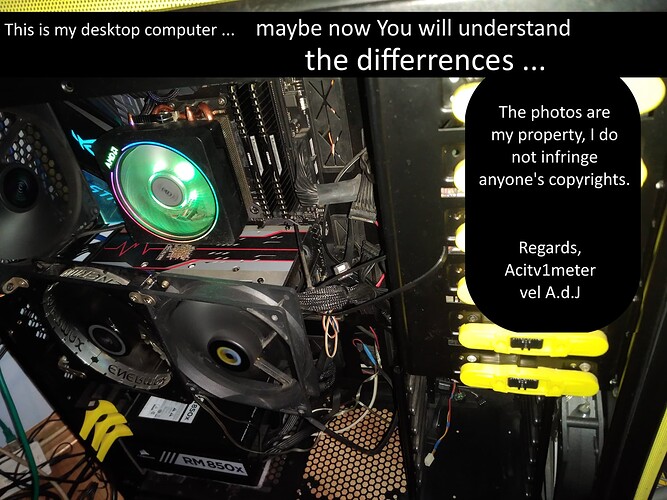 Now compare your laptop - in terms of cooling … to my desktop computer.

I showed these pictures to remind you that performance is always followed by a higher temperature.
In the photo there are three fans - 3 x 14 cm. However, there are two more at the top …
I have five 140mm fans in total 5 x 140mm, plus one in the CPU cooler and three small ones in the graphics card.
Had a CPU water cooler before but it broke after four years.
My computer is several years old and not new. I only have 32 GB of RAM.

And now I boast … recently I bought a M.2 2TB SSD for five installments.
I live like a monk and I am poorer than all of you

A laptop is good for rendering movies. Laptops, small notebooks are a nice solution, but not for such advanced calculations. The exceptions may be those for $ 10000.

Buy a used, good - large case, medium processor - used. First of all, focus on the size of the ram and disk. Same RAM and SSD drives kept their relatively low prices. As for the disk, choose M.2 NVMe <1TB

i’ve got a 11 year old laptop that works fine (although it’s capped to about 40fps even in the emptiest of levels, due to having a very old GPU for the times). I wouldn’t try working on my massive VR project with it, since a Shader rebuild of the entire system would take probably a week… but it’s fine for doing small things, especially if I manage the shader building by… not ever doing it lol… probably doing a rebuild nightly on it would work if i were actually doing anything significant with it, though.

OP is diskbound, memorybound, and then diskbound again. Increase RAM to maximum, then you’ll mostly just be diskbound. Get a SSD. Then you’ll be GPU bound.

Processor is not equal to processor. Most of the specifications and tests are created in terms of sales, not informational - even in benchmark websites. 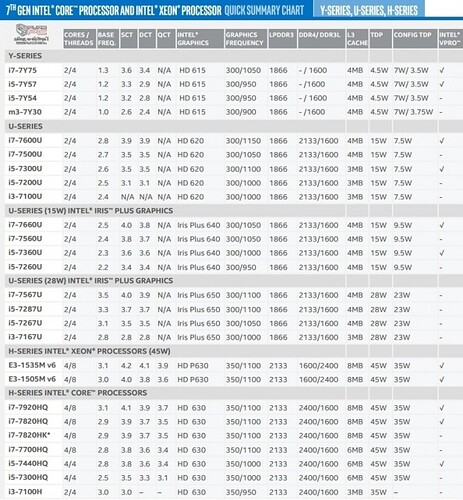 Often a processor, e.g. an i7, is not equal to another i7 - from the same generation. It all depends on what you actually have in your laptop’s motherboard. Apparently, many people replace the processors in laptops with the full-fledged …

For a desktop computer, for example, an i5 will have 4 cores and 8 threads. In a laptop, only 2 cores and 4 threads. Personally, before, I always chose Intel processors. I have only had AMD for several years. I had the last laptop with a Sony Viao with an i3. It was very efficient, it was great for the size and i3 … but it couldn’t compare to the performance of a desktop computer.

I played Dead Island on it - SonyViao from Intel i3 with a dedicated AMD graphics card, connecting it to a 46 ”TV with an HDMI cable … he got warm, but he did it

This is the last entry - edition:

I mention cooling and performance, because if you want to focus on what’s important to you, you need to have normal and trouble-free hardware. A wrongly chosen and purchased computer will make you frustrated, frustrated and often looking for other causes. Often you will be confused - about the causes of the problems, instead of focusing on what is important, which is the purpose for which the equipment was purchased … the rest is a waste of time and energy. 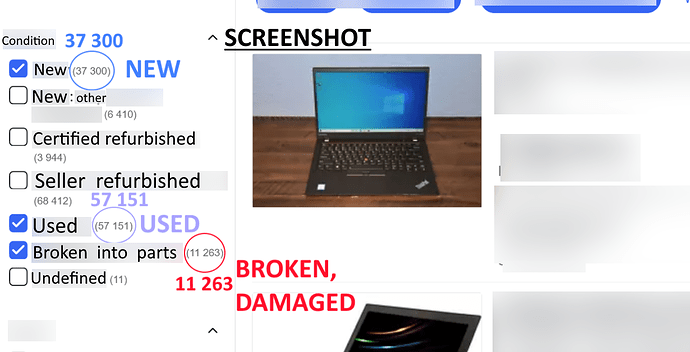 Look at used equipment… among second-hand laptops, many are broken. They are smaller or bigger damages… they are damages where electronics, components, semiconductors have already partially degraded… but for their owners it is not a problem. Sometimes, seeing the initial symptoms, they decide to get rid of the computer as soon as possible. You know, and if not, just read the comments … the rest is a lottery. The exception is new, bought in a normal store.