I have a procedural mesh set up in C++ to create a small cube which has collision properties set up as shown here: 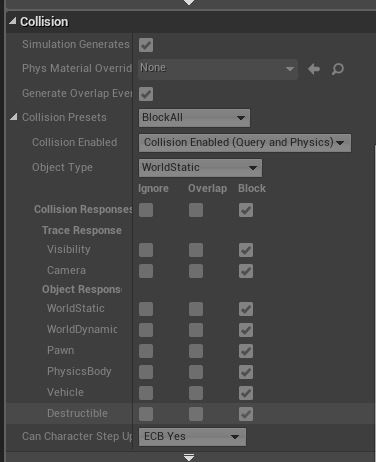 These can get added to the world fine in the editor and when in PIE/Standalone they have collision with the camera, which is great (I made a basic translucent material): 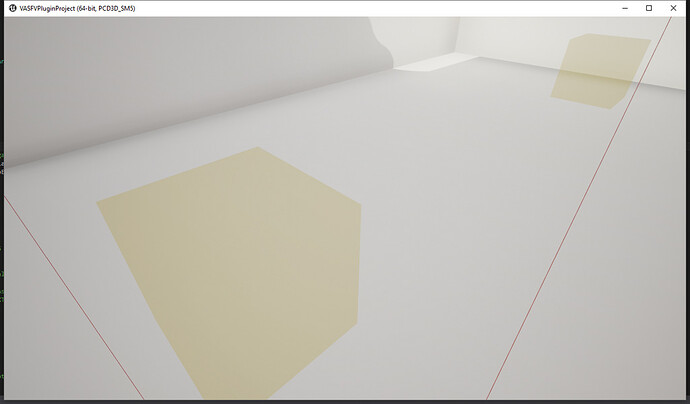 However, after I have added the cubes to the world I then move the vertices around (to enlarge the cubes) and call UpdateMeshSection with the modified vertices. The geometry changes correctly and looks right in PIE/Standalone, but the collision (mesh?) doesn’t seem to have been updated to the use the altered vertices as the camera can now pass through the volumes until it collides with the old shape somewhere inside the new geometry: 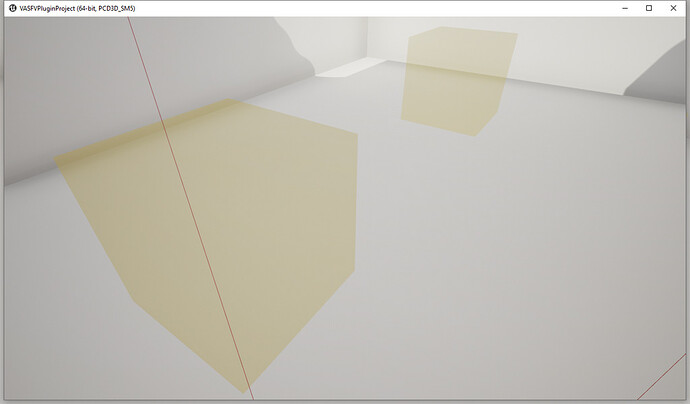 Both those standalone screenshots were taken with “show collision” active, but no debug lines were drawn around my procedural meshes. Is that weird/a sign of some problem?