Greetings. I am from the Parallel World and my Steam page is online. Check it out. And don’t forget to put the game in your Wishlist, if you like of course.

Have a nice day my friend.

Guys, I have more images of the game Parallel to show, do not forget to give that help on social networks and especially to add to the Steam wish list, it helps a lot. As soon as I finish some important parts of the game, I will bring an introduction and gameplay video because the crowd has been asking a lot. The game is made for you and I’m dedicating myself a lot, day and night. Thank you all.

Hi. The community of the YouTube channel is helping me a lot. They were asking for a Gameplay video, so here it is. The first Gameplay of the game Parallel (Pre-Alpha) This is a solo project, as always, any comment is very important to me. Thanks. 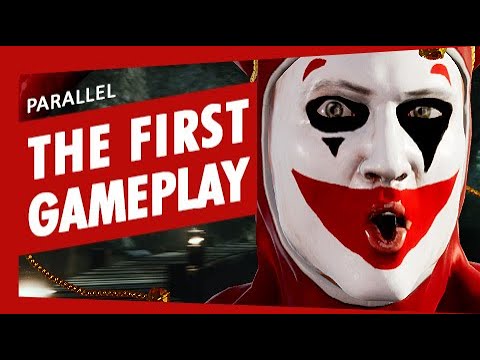 Greetings. In this video I talk a little about my gaming experience and how I am adjusting the game Parallel, bringing some news of the Gameplay. What do you think about the project and the way I think about the games?

Guys, I prepared a video about creating games. I hope to help and encourage many people with this.
#unrealdev 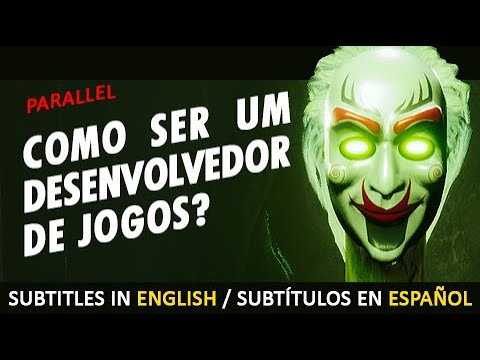 Some more images of the game I am producing. On YT I’m bringing some videos about development too, I hope you like it. Thanks guys.
#videogames #gaming 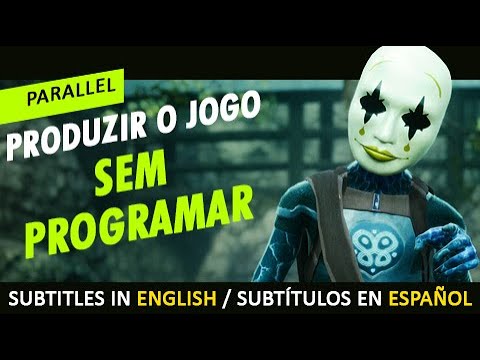 Hey guys. I made a video about the biggest challenge in the production of the game Parallel, where I also show how the Game Menu is getting. Sorry for not being able to always make a video in English, but I did the subtitles.

Guys. I’m bringing a video about the 3 pillars of the game developer. Sorry for not being able to always make a video in English, but I did the subtitles. I hope to help other developers and people who want to enter the game development world. Thank you all so much for the support.

The immersion on the game development.
As I always say, immersion goes far beyond graphics. Having the best graphics does not mean having immersion. The immersion I speak is like entering a castle of terror, because it brings you emotions, good or bad. It is immersion that holds the player in the game. It’s like not wanting to go out to eat, or do anything else, you just forget that you’re playing a game. Everything is connected in the setting and theme. If this set of quality adds to the multiple challenges proposed in the game, you already have a big difference, just look at the number of games that are repetitive. Things that take us out of the reality of everyday life, are more likely to cause us emotions. Immersion is emotion. As I always say, if the game doesn’t bring you emotions, for me it’s not a good game. This is noticeable in the first 5 minutes of the game. If you are developing a game, take this test, film the friends or parents who are going to play your game first. Study their reaction. See if your game is being very specific for a single niche of people, if that happens, sometimes it is better to dose your theme a little so that the game is not so restricted. This does not mean that you will lose the essence of your game, just that you will add elements that will attract a larger audience and generate more elements to complement your game immersion. Never forget to attract people by immersion, using art and challenges as the main elements of your game.

To find out more about the game I’m producing, check out the trailer on YouTube and if you can like or subscribe, I’ll be very grateful for your support. Thanks.

Parallel is a first-person RPG adventure game, you will explore a parallel world with a new civilization. Each player will go through different environments, from mysticism, paradise to claustrophobic and destruction scenes. In the game you will...

Develop games and health. What does this have to do?

Guys, for spending many hours in front of the computer, we have to police ourselves, so that we are willing and healthy to face new challenges and jobs. I have seen many tired and discouraged people. And health has a fundamental role to play in this. I have always trained weight training since I was 15 years old, and I can assure you that a lot of motivation and enthusiasm comes from exercise.

Science explains, by exercising you release serotonin and endorphin, neurotransmitters related to the feeling of well-being that help reduce stress and anxiety. Especially in our area of development, this is fundamental. So, if you work hard, exercise at the same intensity. After all, what is the most valuable material asset that we have in this life? Of course, our body. Take care.

I started to create some art poster for the game. You also can buy it on ArtStation, there are 4 options for the print, take a look. This is the second image I create in a very high resolution (5400px)

Unique wall art for your home & office from ArtStation.

With your support, I will continue working very hard on the game Parallel. Thanks.

Today I want to talk about a trend. The long life of the games and the difficulty in creating new IPs.

It is not of today that we see several single player titles being re-released, with graphic improvements. This is in line with the large number of fans who buy the game again, just to have a better texture or a new reflection. This also gives scope and new visibility for players who have never played the title. This is a strategy that has been working.

Other titles constantly gain new players because they are free games and have constant updates that are practically infinite, which always make the game stand out, feeding a faithful and disciplined community.

With so many titles, of great renown, a rain of indies games, usually niche games, appears on the other side, but it has the characteristic of not being stuck in any pattern, they are 2D games, single player, 3D, multiplayer etc. And that has created the interest of the big developers, it seems that using the name Indie has become something valuable for them. So we see games with an extremely high investment being called Indies. And that includes marketing, which is a monster, which often comes from a large publisher behind it.

Concluding my reasoning, if you have a good project, but do not have contacts or tools that can leverage your game, it is unlikely to be successful, as it will dissolve in the hundreds of IPs out there. Unless you are a famous Youtuber, then you have already walked 50% of the way to success, as people will buy the game for you and not for the game itself. In other words, it is more and more difficult to create new IPs, the great titles are there, practically eternized and will be fed by the big publishers until there is no more drop of money to be taken from there.

This is a new image of Parallel, who can add the game to the Steam wish list, helps a lot