Unreal Tutorial didnt work out for me?

i have been Reading this TUTORIAL on introducing a vehicle and making it move.

I followed every step to the letter… BUT.,… when i set my vehicles wheels to Kinematic like the tutorial says… the vehicle no longer is affected by gravity. even in the simulation window it just floats there.
Also the tires (which are canted cause its a plane) remain in the correct location but not the correct orientation. all 3 tires rotate as if they were a sphere. 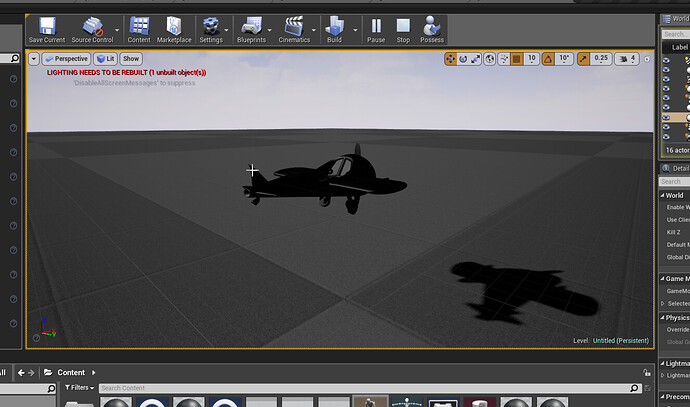 did you setup the wheels properly in the vehiclemovement? otherwise it stays in the air like you describe.