FIrst of all the assets are separated into .uasset and .uexp (same name, but 2 different extensions) and in order to add them into the project I copy and paste them into the folder in the explorer. those files won’t be recognized. There is also a case where I would try to load the project with those same assets and it would say that the project was made in a newer version and won’t load up the assets (which is not the case). The project would load up, but all the assets won’t have any preview to them and neither would you be able to right click them (will pull up a load error). Is there a fix to this?

Did you try opening the asset files in the project version they were created and then using the Migrate button?

Yes, if I try to migrate the folder with those files and open the project with the migrated content they will still not show a preview and if I right click on them it will give a “failed to load asset” prompt. 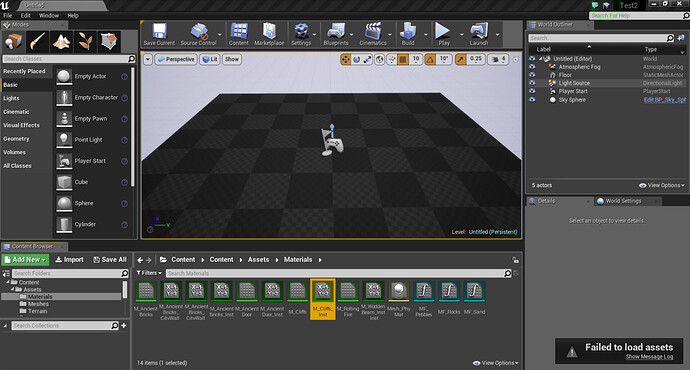 But did the files work in the project you were migrating from?

This is just an example of the error messages that I get, most of them are the same thing as the one on the image.

It looks like you downloaded some files from that guy that remakes Nintendo games in Unreal. I would try to download an older version where he used them and try to migrate from this older version.

Actually, I found a solution, the files that I was using were unpacked from a .pack file and they require additional unarchiving. Thank you for the help though

Can you elaborate a bit please? I need to recover some old assets from a project that I lost, I unpackeed the pack file correctly, but the assets are not being recognize, and I see also the uasset files and the UEXP files.

Were you able to restore them? Same problem.

Actually, I notice that Juangea has asked the same.

And that I should have commented, not answered.

There’s a certain way you can help me. I have the exact same problem: I have exported a .uasset from a .pak file, however the uasset won’t load when I try to edit it in unreal. How do I do the “additional archiving” you speak of?