Cinematic scene made in Unreal Engine 5, post production and final cut in Adobe Premiere.
Inspired by Need For Speed Most Wanted and the Movie Need For Speed.
My challenge is made a raining car chase looks cinematic and gives the motion sense even in a “static” movie. Made lights and emissive by light function and material sync was a challenge too. All Lumen dynamic light. 2 Metahumans inspired by Aaron Paul and Imogen Poots (Need For Speed Movie) for testing in Unreal Engine 5 stability and performance.
A big thanks to my family and friends for the support.
Specially for Daniel Cormino www.artstation.com/corviera for all support in these years in 3D scene. 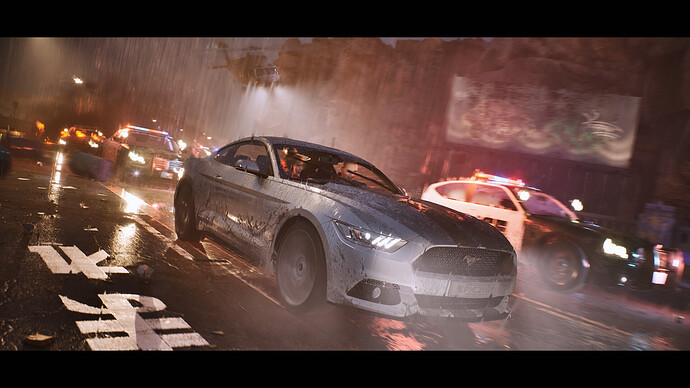 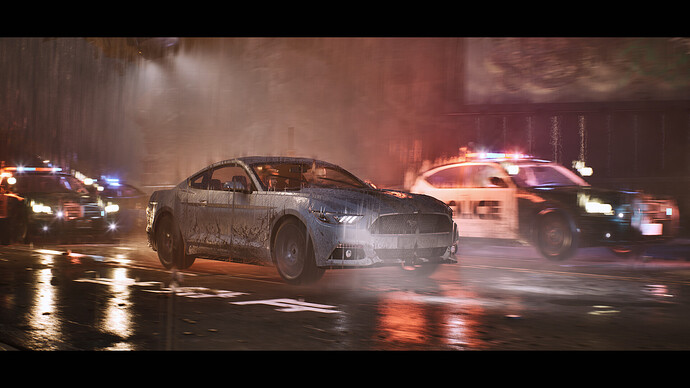 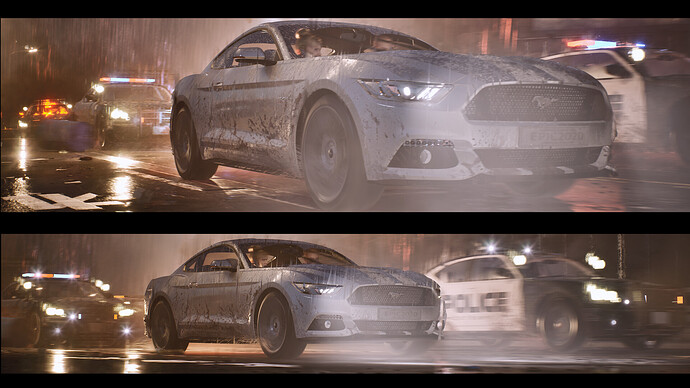 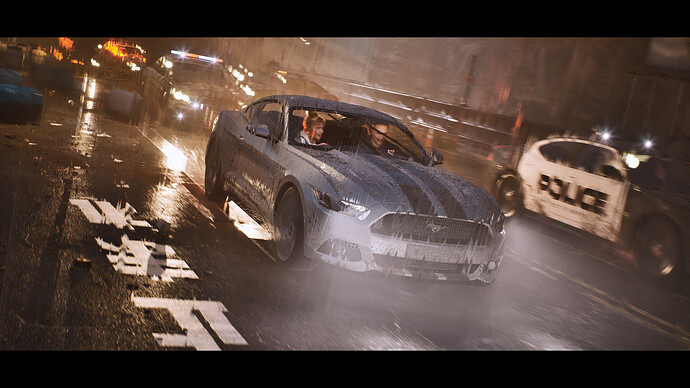 You’ve most definitely succeeded at the “In motion” part of your challenge. I completely thought a video was going to be linked towards the bottom. That aside, the metahuman characters were also a great idea to incorporate!

I have to ask, what does the text on the road say?

Says “Stop” in Japanese. Just a remember for me to don’t stop now and i liked the visuals.