I have a bit of an issue with the timer. I had made the timer countdown, but when it reaches 0:00 it doesnt stop and continues to the negatives. I did put the pause the game node, but it doesnt stop. 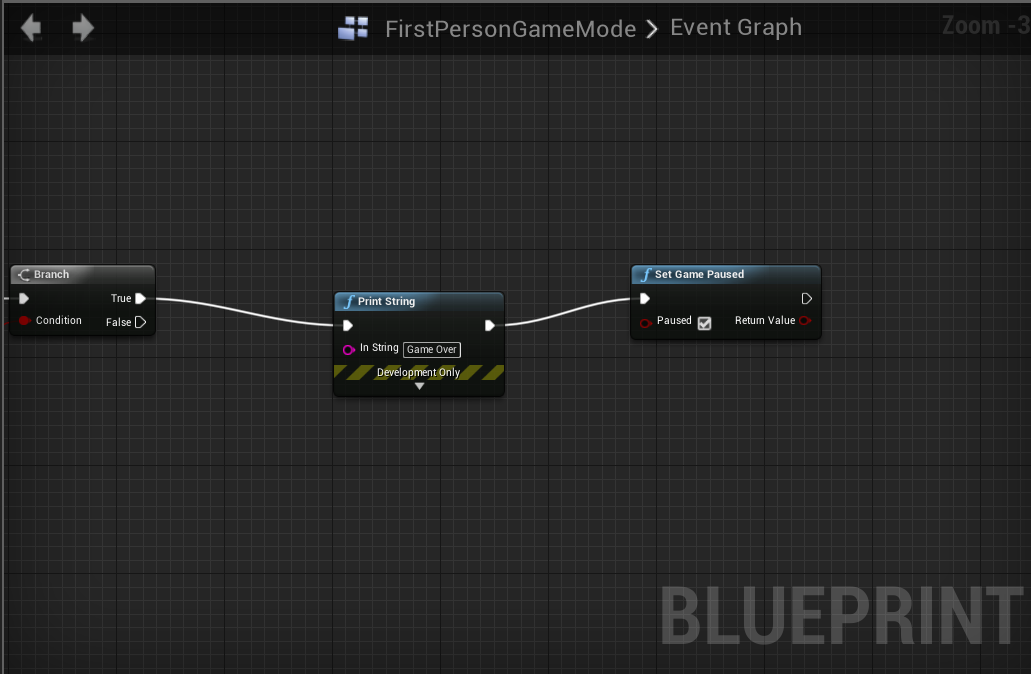 I have also added my blueprint that comes in 3 parts

your not actually using a timer. check out example one below which shows how to do this using a actual timer. the script i show basically is the same thing that your doing but instead of tick we use a function which you can call whenever you like. the way the timer node here works is every 1 second it will call the function specified and i have it set to loop so it will continue to do so each second until told to stop. the way you tell a timer to stop is via the clear node or you can use a pause timer node. also note the – node used, this is a decrement integer node which is the same as your int - int and set nodes, it just combines them to make things simpler.

example two is another method which accomplishes the same thing but by using a loop.

i dont know whos out there teaching people this on tick delay method but its not a good thing to be using, its poor performant and unreliable. there are many better ways to do things.

ThompsonN13 im not sure you read my PM on forums, but please don’t be shy to post answers as answers, you can always delete answer if you post wrong solution

Asside of using timer as ThompsonN13 said you can still keep on track of time using tick, but instead of using delay which useless as it accepts all the call on it and delay each of them delay on every frame, so effectively you count frames with 1s delay, you should add up Delta Seconds. Delta Seconds is a estimated time that passed between the rendered frames and if you add up on each tick you will effectively count time. The tick does not stop probably because Tickable When Paused is set to true and not to mention 1s delay mess ups counting too.

You can count time with tick, but because blueprints don’t have good performance for per frame operation, if you don’t need to manipulate time counter on each frame, it is better to use Timers instead