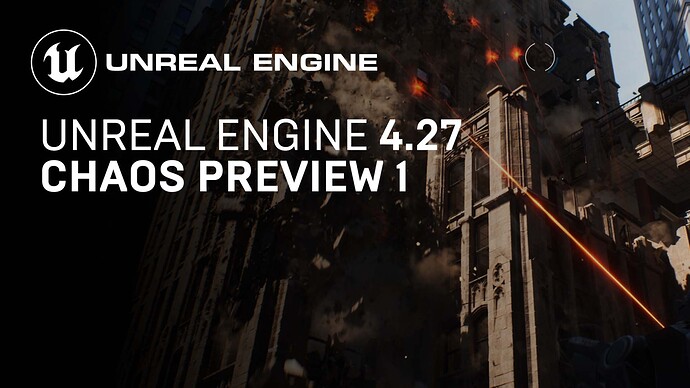 We want to thank everyone for your continued help in testing the 4.26-Chaos build, along with all your additional feedback on the Chaos system as a whole.

With the binary build you can experience Chaos first hand, including cloth, vehicles, and destruction! Be sure to check out the documentation on the Chaos Physics and Destruction System.

Please note: the 4.27-Chaos build can be found at the bottom of the dropdown.

Chaos-ready templates and demos
Once you’ve downloaded the 4.27-Chaos Preview build, you can test drive the Vehicle, and Advanced Vehicle templates with updated Chaos actors and smash into the Chaos Destruction Demo , available on the Learn Tab. To get started with the Chaos Destruction Demo, you’ll need to follow these instructions on configuring it for this new Preview.

Please keep in mind that the path in those instructions will differ slightly to: //UE4/Release-4.27-Chaos/Engine/Source/Programs/UnrealBuildTool/Configuration/TargetRules.cs

See below issues fixed with the 4.27-Chaos build:

Have fun with the Chaos—happy developing!

Hi, I have followed the instructions but when I open the demo the destruction doesn’t work. I have noticed that you are mentioning some sort of fix. I have taken following steps from the guide and forum:

Could you please advice what am I doing wrong? Many Thanks in advance.

Hi, i have the same issue.

installed 4.27 chaos source from github but in the editor i can t find the chaos editor. Can someone help us? thank’s

It seems that there is no option for 4.27 Chaos. It’s not appearing anywhere in the list of available engines. 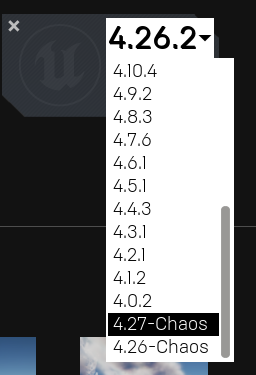 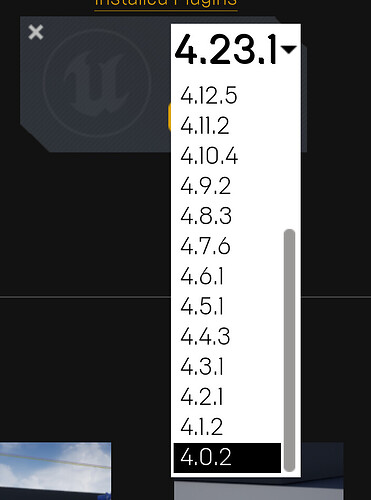 As I said, it’s not there. Although this does at least mean it’s there for other people

Have you updated your Epic Launcher? I do believe that list pulls from the “cloud”, so it seems odd it wouldn’t be in the list.

I found it at the bottom as well.

We have just released Preview 2 for 4.27-Chaos! Thank you for your continued help in testing the 4.27-Chaos build before its official release. As a reminder, the Preview builds are for testing only, and should not be used for the active development of your project.

We have just released Preview 3 for 4.27-Chaos! Thank you for your continued help in testing the 4.27-Chaos build before its official release. As a reminder, the Preview builds are for testing only, and should not be used for the active development of your project.

when can we use chaos cloth in Android/IOS platform?

Mine also doesn’t have the chaos 4.27 too, even after restarting launcher. Then I use secondary PC to launch the launcher and it has it, and now the first machine has the option too showed up.

Get a new version in the Epic Games launcher, scroll down in the version selector, and voila, you will see 4.27-chaos

It seems the UE4.72Chaos preview has been removed from the list in the launcher?
(As well as the UE4.26Chaos preview).

Only option is to build from source now for this preview?