I’m unable to select faces on BSP objects in Geometry Editing Mode, so features such as extrusion aren’t enabled.

Individual vertices and edges can be selected but not faces. 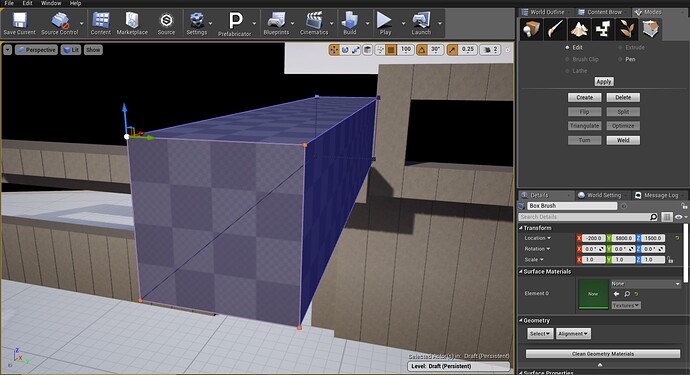 I’m having the same exact issue - the face doesn’t turn fully orange when selected. Oddly, it only occurs in one very specific project that I’ve been working in for a while. Every other project works fine, and trying to recreate a new project of the same type (C++ based third person project) does not exhibit the bug.

According to the other persons post it’s related to the T key being set by default for “Transparent Selection”, which is very easy to press by mistake.

That worked for me as well, thanks for following up!

For anyone who wants to check, it’s located in the “Settings” menu at the top of the viewport toolbar in between the “Marketplace” and “Blueprints” buttons.