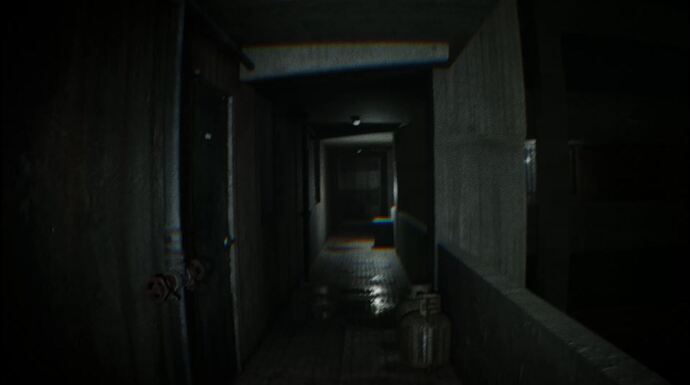 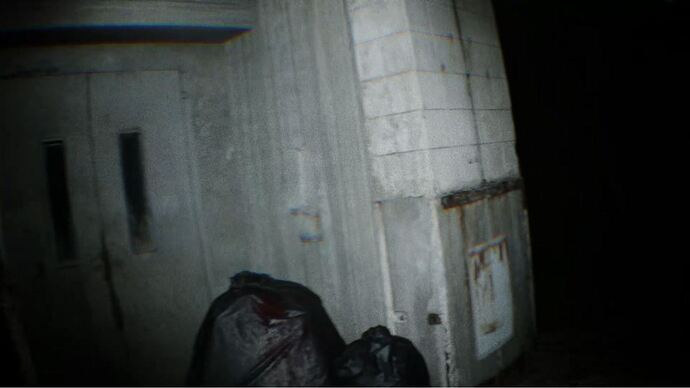 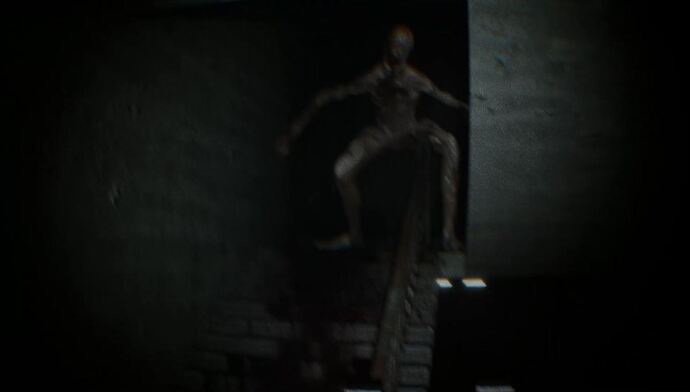 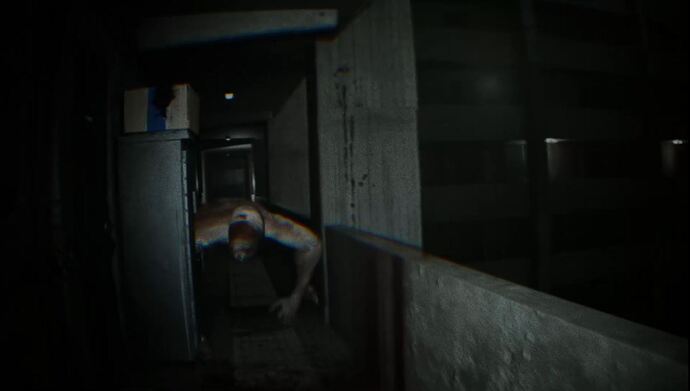 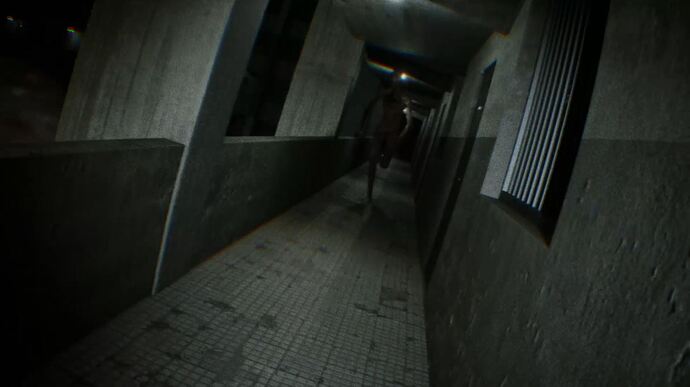 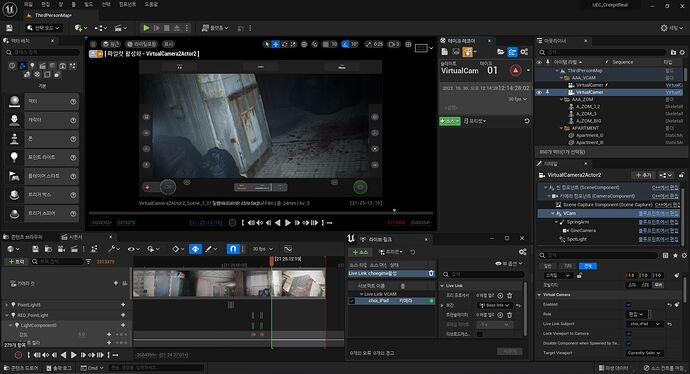 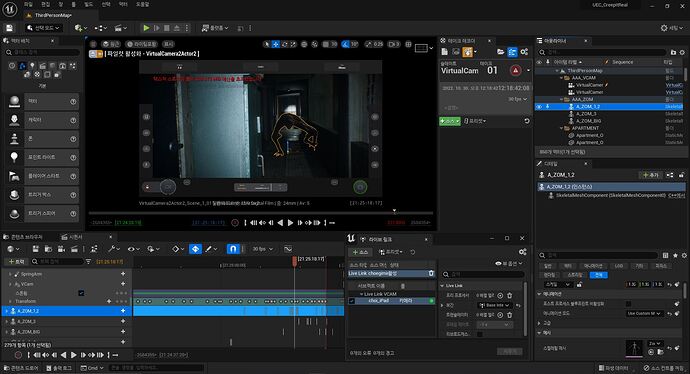 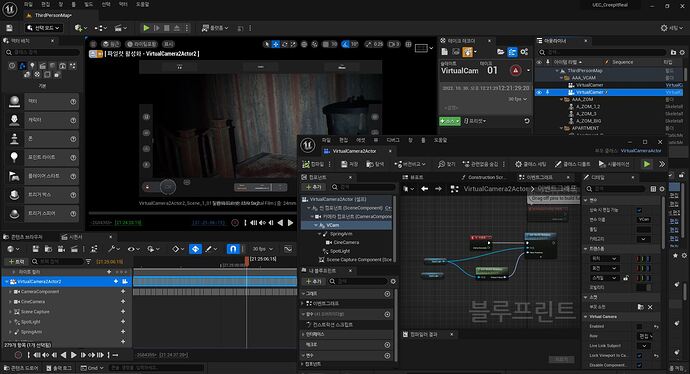 I created a sense of fear within the level by using the scale of the space, the repetitive space, and the space covered by darkness. All floors are off, but the floor where the main character is located is not. You can also feel that it’s exposed to danger. I tried to express grotesque through a character design that is similar to humans but sick and bizarre. In the end, it created a closed fear that could not escape. 2022 Happy Halloween!

The camera movement were so realistic, I love the used of the dark space

Getting some Backrooms vibes from this. Great job.

Genuinely chilling. The scream at the end and the feeling of complete desperation are just incredibly intense.

Thanks for sharing and huge compliments on your storytelling.

Awesome video! You pulled off the realistic look very well and I love the attention to detail overall but especially with the sounds ( the characters hand interacting with the material of the camera ) I also like that this gives off a liminal space vibe as well. You show the viewer the center opening of the apartment complex but we can’t really determine or see the top or bottom, it just continues on which adds to the creepy uneasy feeling that we’re somwhere that should be familiar, but feels somwhat off.

Thank you! I needed a realistic camera movement to make the viewer more immersed in the video. So I connected to my iPad using Unreal Engine’s Live Link system. This allowed me to make the work direction I wanted.

Thanks for watching. I agree with you. This is because before starting level design, I analyzed ‘at what point do humans feel afraid’ by watching many reference videos. Meanwhile, in the backroom video, I could tell myself that I was feeling fear even without a subject. The causes were “fear from the darkness with no end in sight” and “a structure that repeats endlessly.” This would have made you feel the atmosphere of the backroom in this space.

Thank you for enjoying my video. You really enjoyed this video. I am happy.

You’ve got the exact details that I cared about when I made this video. I wanted to make a sound that perfectly synchronized with the video. So when I made the sound, I played this video (without sound) in my backyard. And while watching the video, I synchronized it and recorded it with my iPhone. It’s my happiness if you enjoyed it. Thank you so much for watching!

This looks so real! I love the atmosphere. Have you ever seen the show “Alice in Boarderland”? It’s kind of like Saw where there are death challenges and the survivors must complete tasks. They have a challenge with a scary horse mask guy in this is exact type of location but yours is scarier!

Welcome to the Unreal Engine community!

You’ve done such an amazing job with the cinematics! It looks like a found footage horror movie! The sound was impeccable and added even more immersion to the surrounding fear!

The setting you’ve created gives the viewer a feeling of claustrophobia. The walkway is narrow and gets more and more grotesque with each step taken. We immediately know that danger is approaching and we internally scream for the protagonist to get out of there expeditiously! This is one of the best submissions I have seen thus far!

How did you arrive to the idea to create the sound after the video? Did you intend to record the sound separately at the start of this project, or did the idea come to you afterward?

Alice Borderland and Saw are excellent works. But I think my work is still not enough to compare with those works. But thank you so much for appreciating my work!

Thank you very much for your in-depth analysis of my work. I’m really happy that you were able to immerse yourself in my work.

I really wanted to create a realistic environment and give fear to the viewers. Therefore, thorough design was needed in the storytelling stage before level design. I thought that the camera angle, which seemed to be taken with a cine camera, was not enough to give the general public a sense of immersion. I thought that the feeling of filming with a cell phone camera or body camera that the general public can easily access would be more accessible to them.

So the sound also had to follow the mood of the video. There was no need for expensive recording equipment. This is because a cell phone recorder was the most suitable to bring out the feeling of a cell phone camera or a body cam. Before I worked on it, I was able to design these parts and create a work pipeline, and in a short time, I was able to create a work like this.

Once again, thank you so much for your comment on my work!