Also, I sadly cant really go into detail on how we did stuff for the Star Wars VR Mission and to make it even worse, I havent worked with Unreal and VR yet

However, what I can say based on my experience and also a lot of informations regarding VR that where released by Epic is, forward rendering is definitely the better way to go for now performance wise for a lot of games. This comes with its own limitations in regards to lighting and a lot of features though. The trick then becomes really just to try all you can do to make it still look good somehow. Even if that means to break PBR more often than you might normally would^^

Thats cool, I image i can still apply most of your techniques to forward rendered scenes. I am really looking forward to your stuff! I know my partner, the artist, is going to love watching your videos.

It took super long to upload everything etc. so I will give my best to make part one complete as soon as I can.
I have to admit that the full video got pretty long in the end and that wasnt planned

I will try to make it a bit more streamlined in the future if thats okay with you guys!

Hey you should totally start adding the videos you make into the Original Post rather than putting them on comments. As this thread grows it’ll be much easier for people who have this bookmarked like myself to find the videos

This is awesome. Looking forward to the next video

Wow, great stuff! Learning a lot from this

Thanks a lot guys and glad you like it! I promise though to be a bit more streamlined with future videos since the first 30mins of the video are really **** slow

Also sorry for being sidetracked all the time and getting into so many different things. There is just always so much to talk about

Here we go with the next Part! 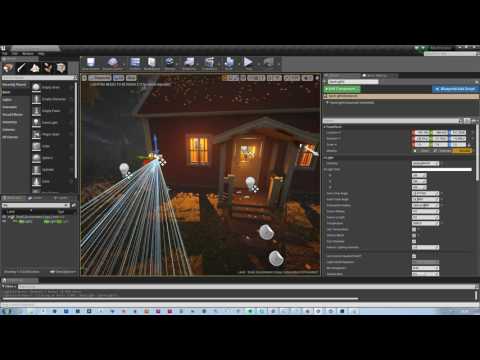 Last part will come this evening when I am back from work. Its just a small one, but it was way too late yesterday to finish this one up as well^^

Do the videos show working with baked lighting or dynamic lighting?

Do the videos show working with baked lighting or dynamic lighting?

@Daedalus51
Thank you very much for your efforts and time to shoot these videos, especially considering how hard it is to allocate resources for such work when being employed full time. It is really great stuff.
I just wanted to add a general comment that it might be good to change video description and maybe add an intro to the whole series so that it is more clear what is the video about.
For someone, who ends up viewing the video without knowing the background or being aware of this forum thread, it might bit confusing at first glance.

thanks a lot for the feedback and great ideas! Will definitely work on improving this!

So here is the last part of this first session! I will do at least one more session on finalizing what I have set up so far as well as another one about grading this scene, so stay tuned 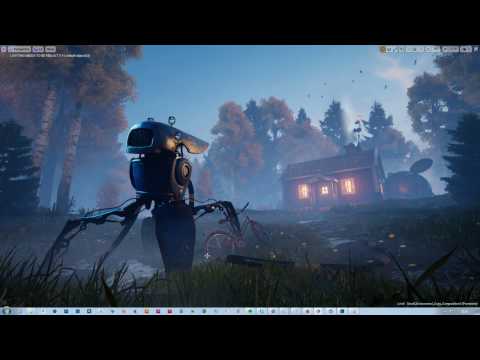 And sorry for delivering such a short part delayed from the last one!

really loving the stuff going on just 3 videos and i lerned alot
thank you for taking time and efforts thats what we need a real “Tutorial” not some basic stuff , really exsited for the upcomming vids

Man, Didn’t even know about this thread! Really cool stuff and excited to follow it.

Man, Didn’t even know about this thread! Really cool stuff and excited to follow it.

Thanks Tim, this means a lot coming from an official source!

Well…I actually tried to avoid Twitter since it first came up, but oh well…guess I have to start this thing rather sooner than later

Thanks a lot for your appreciation and feedback so far to all of you guys! Glad its informative and helpful for you as this is the intention^^

I know what I am going to watch today

I was the same way at first so I don’t blame you for avoiding it! I’ve actually found it to be a really good resource to get information from other awesome sources and it’s a nice way to share quickly with a lot of people what you’re working on. I definitely find it as a good resource at this point.

I can’t wait to get time to watch through this all because, as I’ve said a number of times, I’m not a lighting artist but I know a lot about lighting so I think this will be really awesome to help me personally grow in this area.

What excites me the most, besides the insane amount of information in these videos, is learning how other techniques will be applied in other kinds of situations. For instance and indoor setting. Right now this is my favorite tutorial series for me.

Thanks for the series, I’m really enjoying it so far.
Usually tutorials are either technical “How to achieve this particular thing” or artistic theory, but this video is a great combo! Looking forward for next series

Also, you can change Sphere Reflection Capture quality via console(r.ReflectionCaptureResolution) or in Project settings-Rendering-Reflection.
It’s kiiinda weird you can’t do it per instance, but we have what we have!

Thanks for the series, I’m really enjoying it so far.
Usually tutorials are either technical “How to achieve this particular thing” or artistic theory, but this video is a great combo! Looking forward for next series

Also, you can change Sphere Reflection Capture quality via console(r.ReflectionCaptureResolution) or in Project settings-Rendering-Reflection.
It’s kiiinda weird you can’t do it per instance, but we have what we have!

Hey man, great that you like it!
Yeah, I was a bit confused about the capture Resolution tbh since I kinda Mixed it up with the skylight rez when I read the release notes of the Version that added it. I know about the global tweak, but its tricky and quite Performance/Memory Heavy if you Set it globally, so yeah…Depends a lot on the project if I would use it or not^^

But thanks again! Really Happy about how Well this is being Received so far

I just watched it and I actually like longer videos. Great “tutorial”, I hope you do more of those.