Hi, I’m running into a problem where when I try to play an animation using UMG, the engine will just crash. I have it scripted that when the player picks up an item, it triggers the animation from the HUD blueprint. If it hook up the play animation node to the event construct node, it will instantly crash when I press play in editor. If I hook it up to a key press, and play in editor, it will crash when I press the key. I can’t see any reason why it’s doing this. Any help would be greatly appreciated. 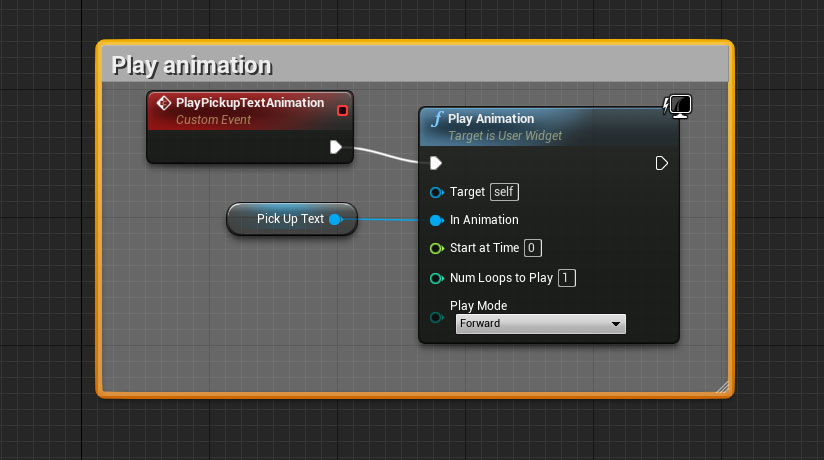 I encountered same problem. I suppose that UE should prevent us naming the animation name to be same as any element’s name at the first place.