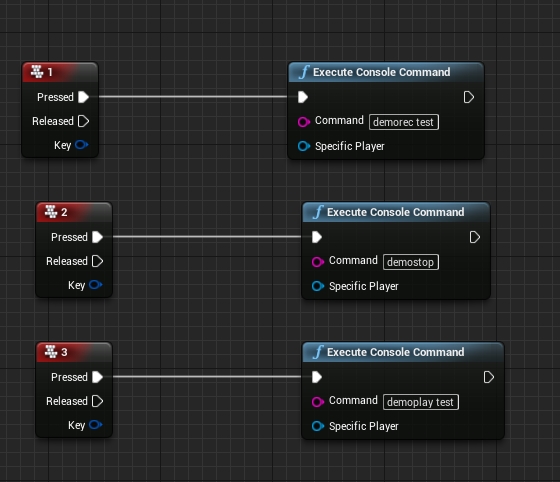 I’ve reproduced the issue (ended up causing a crash on my end after exiting standalone) and entered a bug report, which you can track using the link below:

Hi Sean, are there any updates as to whether this bug will be fixed for 4.16?

On the public link I provided above, you’ll be able to look at the Target Fix and keep an eye on which versions the issue is projected to be fixed for.

The issue linked above was directly linked to a crash. The fix was only to resolve the crash, which is why you’re still seeing the other issue with the camera reset.

Ensure that you’re in a packaged build of your game. I do not believe that demo recording is meant to work in editor or in standalone. If this does not help, please do me a favor and create a new thread in the Bug Reports section so we can investigate it as a separate issue. Include as much information as possible, such as repro steps, logs, and any other relevant info that could help us reproduce the issue and get a new ticket in if necessary.

Already did that coupled days ago - DemoNetDriver/Replay Stuck - Programming & Scripting - Unreal Engine Forums
As mentioned in the thread, it persists in packaged build as well as in standalone.