University project, Production of a Level

I am pleased to showcase the project that we worked on at NAD University in montreal!
We had 15 weeks to produce an entirely playable level of a game of our own making. We had a team of 8 Artists, 2 Designers and 4 Programmers. This was our first time working with UE4, as we learned UDK the semester beforehand, as well as our first time creating a game all together.

One of our priority was to make use as much as possible of a single mechanic. In this case, the player dashes around the level by sticking to Arches. The faster the player aims, the faster he goes. The player must escort a ship throughout the level, by following it as it moves through the energy rail generated by the very arches the player sticks on.
2 Different types of ennemies populate the level; Beamers, Big shrimp looking creature that will be straight on the ship’s path. A single collision causes a game over. And Leechers, small creatures who stick to the ship in big numbers, and reduce it’s speed all the way down to 0miles/h, as well as reduce it’s shield over time, and then the civilian count, which works like an HP bar would in other FPS.

Both ennemies are killed the same way the player moves, either by dashing straight through the Beamers, or by dashing on the ship, which creates a shockwave and destroy any leecher on board.

Here is the trailer of our game, as well as the build. We had no sound designer to work on the game, but plan on making an update to the build next semester with added sound effects and ambient sounds. 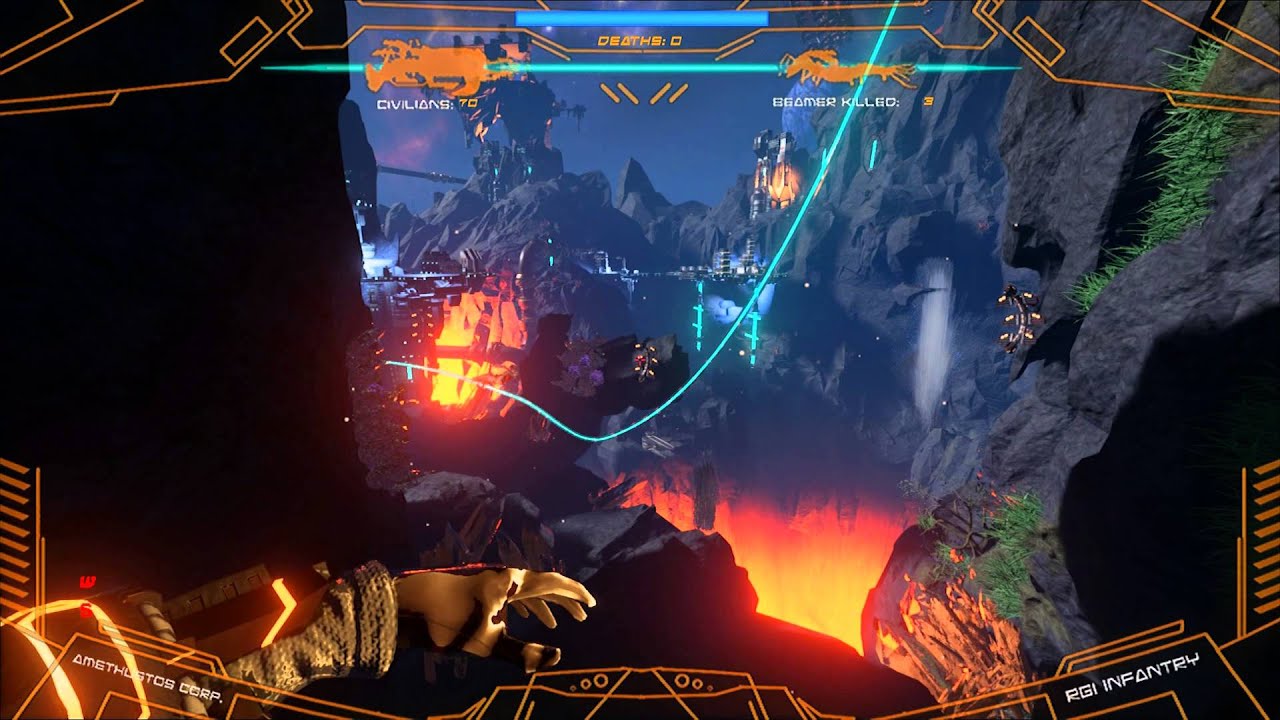 Woow this is nice.

Some screenshots from in-game; 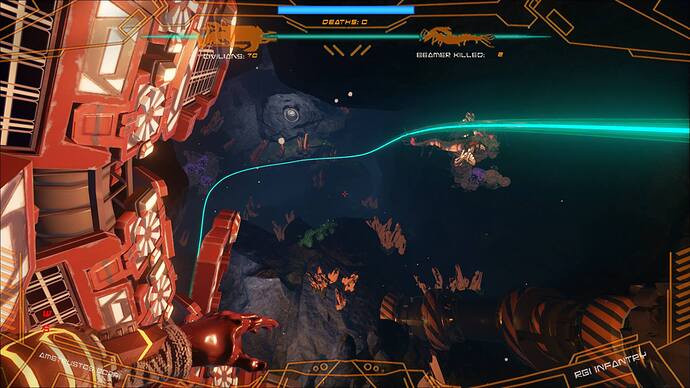 Very impressive considering you did this while learning UE4 on the fly. There’s a lot to admire from the original game concept, the cool looking HUD, and all the art in its entirety. Any thoughts of making this a full on game?

Thank you!
To be fair, we had learned UDK the semester before, and altough there is some difference between UDK and UE4, it wasn’t a drastic change. Also, the answerhub and forums were great places to find information and answer to our issues.

Very glad to hear that you like the original game concept

We produced a GDD last semester, and the game we wanted to make was of a much bigger scope. But this is a student project, and we had other projects as well while doing this one, so we reduced it to a kind of vertical slice of what makes this game fun! I do think a full game would be a good idea, but it would have to come after we graduate. Too much school work to be able to make an entire game.