So this is a game I have been developing for about a week now, and it is coming along quite nicely. (There is a link to the game at the bottom as it is released for early access for free at itch.io).

So basically this is a game I thought would be good for people with creative minds. It is a game called Universe Constructor. I would like it to be developed by me but with the community’s help. This game is 100% based on building, construction, and just letting ideas fly! I have some videos demonstrating some key features: 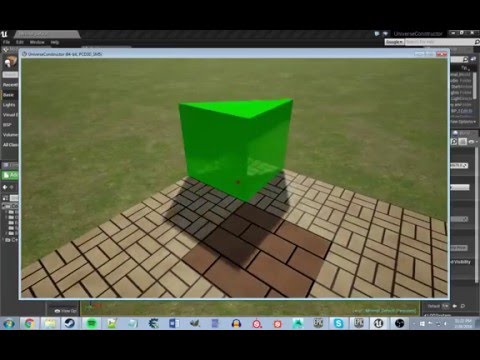 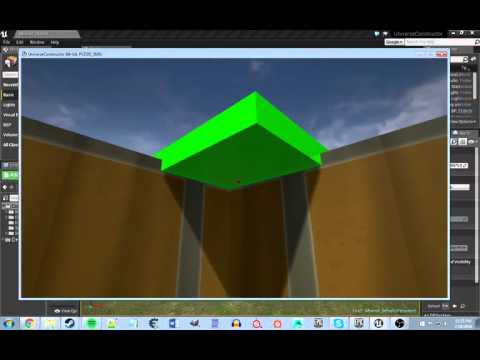 And finally, Furniture, Physics, and Flying: 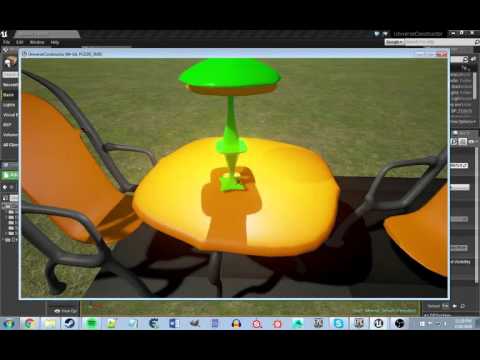 So far this game is strictly blueprint, but there are some things I plan to add with C++.

Here is the game: https://jtrocks55.itch.io/universe-constructor
It is free, and always will be. There will also not be any micro-transactions or “premium” content, this is a project just for people to have fun with! It is still in heavy development and at this game’s page at itch.io, it tells of what I hope to add over time. Thanks for viewing this

EDIT: Great update! ISMC Components! I have switched from static meshes to instanced static meshes. You can get the updated game here: https://jtrocks55.itch.io/universe-constructor

And here is a new video of the new version: 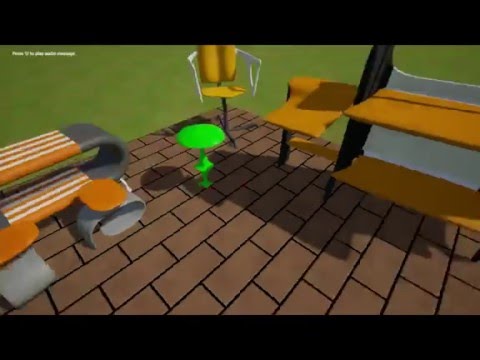 Thanks for all of the support so far! And I have learned so much from this, and am having a great time making this project :).

UPDATE: I have added Vault plans, plan scaling, and applying different materials to plans. I am still trying to figure out the save-game thing with Instanced Static Meshes.

Also I feel I should be using Instanced Static Meshes for performance reasons, but A) I don’t fully understand them just yet and B) they can’t have their own material for each instance of one actor, and I plan on adding a lot of materials.

Hi, this is terrific work and a great idea. I am new to UE4 and have been trying to specifically learn how to do pretty much the same sort of thing - ie: Make a “building” game, not unlike RoboCraft, Space Engineers and similar. But being new to UE4 makes it extremely hard to find out how to do stuff or even what questions (search terms) to use when looking for info. I stumbled across your work while searching for something completely unrelated (always the way) and was immediately impressed by what you’ve managed to come up with.

I understand that you have made the “game” free to access/play but my question is do you (or would you) consider granting access to your UE4 project or a simplified, scaled back version that could possibly be used as a UE4 learning tool/aid? I know in my heart that even with such access, I’d be struggling to make sense of how you achieved stuff, but since it’s all in there, i might (in time) be able to figure out how certain things are done.

I (and I’m sure MANY other noobs) would find such an asset to be an incredibly valuable learning tool and with some good fortune, some may even be able to give back in some way that might help with future development of this particular game.

Anyway, I truly hope you consider making the project (or some version of it) available purely as a learning tool - I for one would be extremely grateful. If sharing the project is not an option, perhaps you could be so kind as to point me in the right direction for learning what’s needed to achieve something similar - I don’t even know where to start.

Looking Good. Any Multiplayer support? Although, I’m not developing a* Building Game* per se, I like the idea of supporting creativity in my games with collaborative in-game entity & level editing. I’m adding editing elements first, before any game-play elements.

Always best to start early with ISM (instanced static meshes) as they have to be handled slightly differently than multiple actors.

But the performance improve can be massive, each of my instance groups are stored as a separate actor but you can use just one actor with multiple components. Just depends on how much interactivity you plan on having each “instance” do.

Hello! I had forgotten I had made this post, and even made a new one. The game has updated much. I now use ISMCs, works like a charm, have many more features and items, and so on. I am happy to see people interested.

Also, I forgot to mention that this is a project I want to be driven by the community. So if you have ideas/models/materials/logic/ or anything else, please feel free to let me know and I (or we) can add it! I don’t have tons of time because I am going to college currently but I will be updating when I can.

I just downloaded and tried to run the latest 64-bit updated version and as soon as I try to launch it the UE4 crash reporter appears - So I can’t try it out yet.

I just downloaded and tried to run the latest 64-bit updated version and as soon as I try to launch it the UE4 crash reporter appears - So I can’t try it out yet.

That is odd. I am not sure why. Are you sure it had you download anything required? Like you are not missing anything? It should have done that first. And also make sure you run UniverseConstructor2.exe. That is the one you want. It is in the “WindowsNoEditor” folder.

That is odd. I am not sure why. Are you sure it had you download anything required? Like you are not missing anything? It should have done that first. And also make sure you run UniverseConstructor2.exe. That is the one you want. It is in the “WindowsNoEditor” folder.

Nope - Nothing was downloaded or asked to download and the popup window is immediate. I am running the UniverseConstructor2.exe is in the “WindowsNoEditor” folder. There’s nothing useful in that window, or I’d post a screen shot of it.

Looking Good. Any Multiplayer support? Although, I’m not developing a* Building Game* per se, I like the idea of supporting creativity in my games with collaborative in-game entity & level editing. I’m adding editing elements first, before any game-play elements.

No multiplayer support yet, but I hope to have it sooner than later (plus that will make it easier).

I have updated it so that the save-game system works now. 6 save-game slots, everything saves. Also I added a new large platform to the map so that you can build on flat ground if you prefer that over terrain.

Added the cube slab block. Still need to edit it a little, but it works.