Unexplained 60 second network timeouts for NDI and OSC plugins in 4.25

I’ve been working on some virtual studio stuff using Newtek’s NDI plugin to bring in a green-screen feed and Unreal Engines OSC plugin to send commands and vive tracker data over OSC.

I had previously noticed that my NDI feed would freeze after 60 seconds when ever I use the “Standalone Game” option, but worked just fine if I played the level in a viewport. Since then I have been integrating the OSC plugin and realised it would also stop receiving messages after the same 60 seconds.

I’ve tried editing the BaseEngine.ini and changed any 60 second timeouts I found to 120, but to no effect. 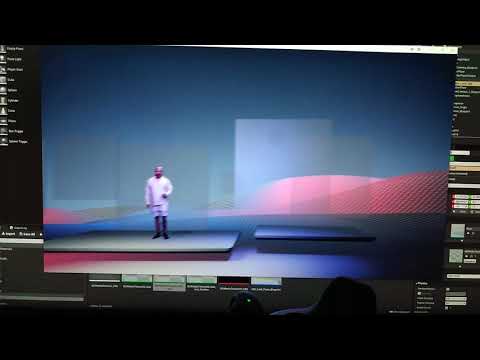 Any idea what might be causing this? I’m quite new to Unreal so I’m lost for ideas.

I’m having the same problem, you managed to solve it, thank you, thank you

Having the same issue but it cuts out after 20 mins, sometimes 1 hour, It is never stable.
Did you manage to fix your issue ?

I’ve got the answer.
I got a warning: Outer object not set. OSCServer may be garbage collected if not referenced.
So I just need to add something to the Outer pin on the Create OSCClient or Create OSCServer node, maybe a “self” node. 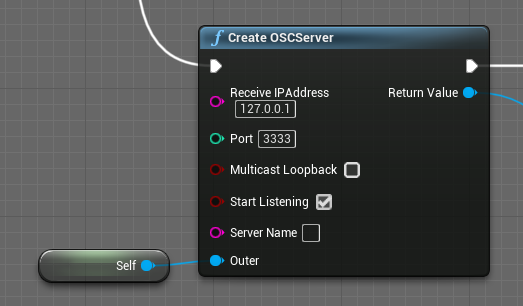