Unable to understand use of "Lerp" node in this case 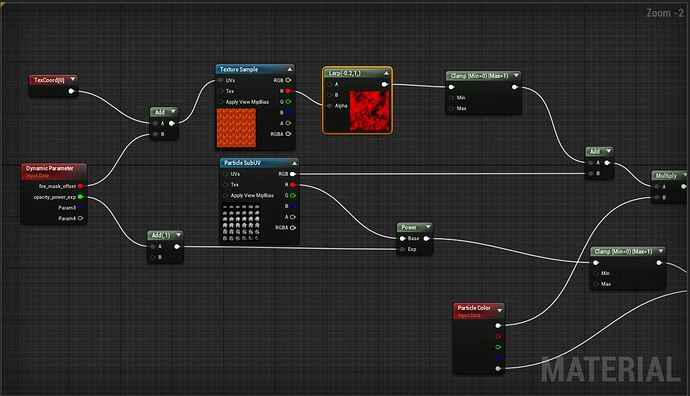 Where the red channel of the texture is more ‘on’ ( ie, white ), it will give a number closer to 1, otherwise .2

It’s like a desaturate and it cuts out some levels - why does it make no sense?

Could very well be me…

Because.
It’s basically creating actually black areas in the image.

Think about it this way.
Take a render cloud, make the cloud slightly darker.

If you do this in photoshop the end result is already in 0 to 1 range. Not the same in engine.

So, if you were to ADD that without the clamp to something, you’ll be effectively making that something -2 in some areas - which is unpilely to be the needed result.
Particularly when you then multiply it by something else.
Whereas X by 0 is?

Yes.
We all prefer just using the right texture

The “Saturate” node should be used instead of a “Clamp 0,1”.

I do this all the time.

Take a greyscale image and you can cut out levels, drop the floor, raise the cieling, etc; it’s VERY useful. If you are using a noise-based alpha, you can expand the range above 1 or below 0 and then saturate to gain/loose the impact of the lows or the highs. More extreme values + saturate are a less-expensive cheap-contrast, which essentially does the same thing anyways.

Single greyscale image can be used to fake-depth on clouds, reactive to the lighting vector and other nifty tricks: 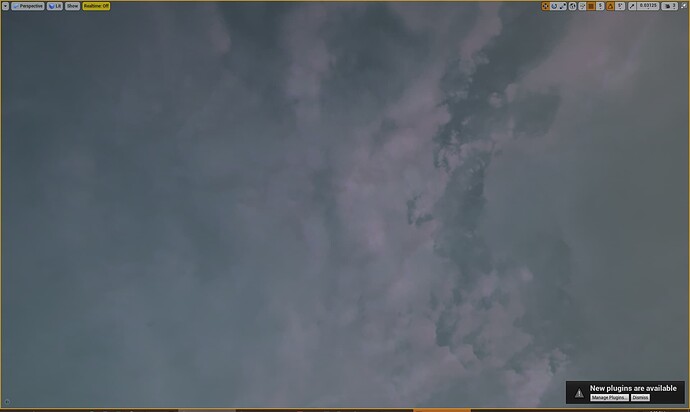 If I understand correctly, the compiler will do that for you under the covers.

Yeah, probably. Still, it would be more clear.