I have a class Parent with one Event Dispatcher named Dispatcher. 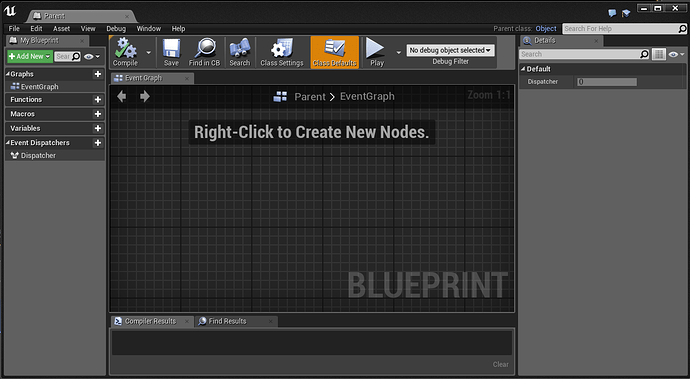 And I have two classes Child1 and Child2 that are inherited from Parent.
Child1 has a simple event and a reference to Child2 instance. 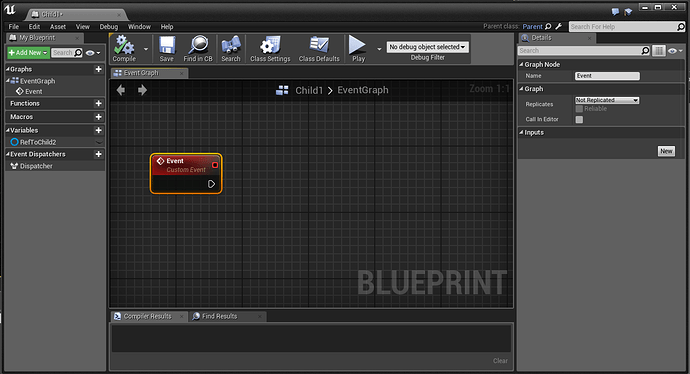 I want to bind Event to Child2’s Event Dispatcher, so I use a standard way of event binding… 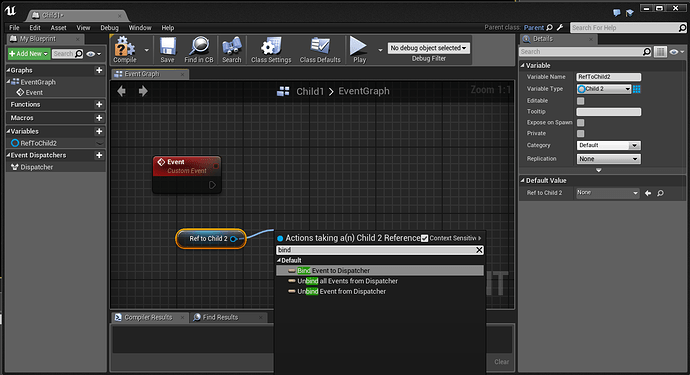 … and I have nothing. 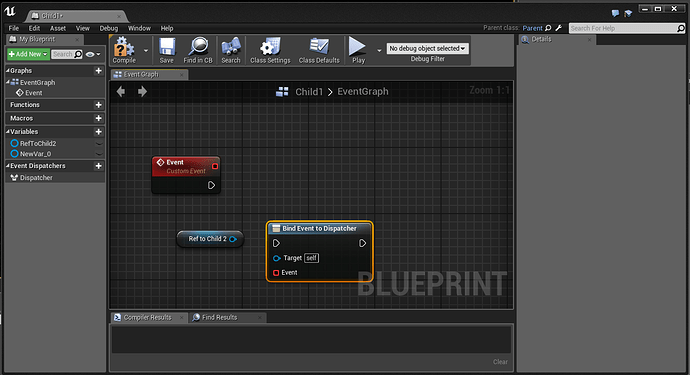 But there is no problem to bind event from class that is not inherited from Parent.

What is my mistake?
Example project is attached.
[link text][5]

I ran into this same issue. The event I wanted to bind had an input parameter configured. Once I remove the input I was able to link it.

I know this is an old thread I just wanted to share in case someone else ran into the same problem.

You can bind event from where you can (for example in child2’s BP) then copy that event node to child1’s BP. I know that’s a trick but it can do the work.

I’ve run into this issue as well, it seems like a big flaw in BPs. I currently have a sort of master blueprint which almost all objects of a given type inherit within my game, and if I need to bind events from one blueprint to another it is very difficult just because BP incorrectly always defaults to the current class’ event dispatchers.

The only workaround I have found so far is to redirect event dispatchers to their own subclass variants, ex.

This seems very unnecessary and is essentially like reshuffling deck chairs, but right now it seems like the only way to actually be able to properly bind events between two classes inheriting event dispatchers from the same base.